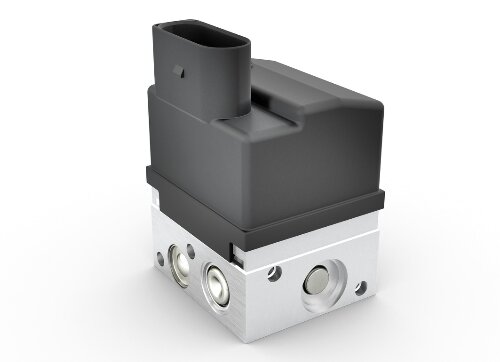 With an infrastructure that needs to be upgraded urgently and a population with a majority that needs to be made aware of even the basic necessities of riding safety, India is a witness to a very large number of road deaths. According to a World Health Organization (WHO) report, around 1.43 lakh people said goodbye to their lives in 2011 due to incidents on the tarmac.

A very important safety accessory in the recent times has been the Anti-Lock Braking System (ABS). Consisting of quite a few sensors and detectors, this system helps keep the motorcycle wheels tractable in situations where a potential lock-up of the wheels could occur.

One such situation is a panic braking situation, when the rider jabs the brake lever with full bite on spotting an obstacle ahead.

What follows is a chain of undesirable events, beginning with the wheel lock-up. The bike becomes unstable and unsteerable in such situations. A fall or a crash with another vehicle is possible, thus leading to life threatening situations. This is where ABS chips in. According to an accident research of the German Automobile Club (ADAC), a significant number of accidents could have been prevented if the motorcycles were equipped with an Anti-Lock Braking System.

The flip side to the ABS systems are their high prices, thus making it impossible to be introduced in majority of the models available in the Asian countries. To lower costs, two-wheelers are often fitted with only a single hydraulic disc brake system at the front wheel. International automotive supplier Continental is trying to work around the issue. Based on its earlier ABS designs for passenger cars, it is introducing a single channel ABS for small-capacity motorcycles as well as scooters.

This One-Channel ABS system is slated for a 2014 production launch. With a volume of 300 cubic centimeters and a weight of 420 grams, it shouldn’t be too bulky. Continental claims that it can be used on all varying models of two-wheelers. It has a sensor that keeps an eye on the front wheel’s turning speed, trying to oversee if depressing the brake lever will cause a lock-up of the wheel or not. If the embedded computer in it spots a glitch, then it will try and modulate the brake pressure accordingly to prevent an unpleasant situation.

Mr. Murali Srinivasan, MD of Continental Automotive Brake Systems India says that it is in line with their motto “Safety for Everyone”. They also have other similar offerings for two-wheelers, namely Motorcycle Integral Brake Systems and Motorcycle 2-Channel ABS systems.