Royal Enfield is on a global expansion spree to mark the brand’s presence across the globe. The Chennai based company is determined to see its share in the global business market double to another 10 per cent in terms of total volumes by the year 2015. 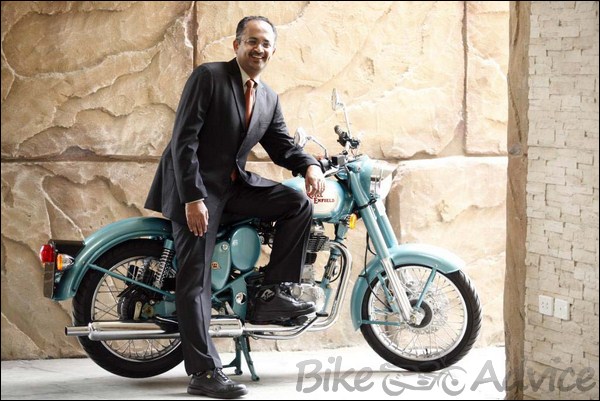 “This is the best way going forward. At present, we only export five per cent of our output but plan to add more countries in the coming years,” said Mr. Shaji Koshy, Senior Vice President of Sales & Marketing told Business Line in an interview.

In order to make this achievable target get true in its financial statements, the company is looking at Latin American market to enter aggressively this year. This market will supplement Royal Enfield’s rapidly growing presence in the European continent and foraying into North America as well. The countries that the company has identified to be key growth centres for the company include Uruguay, Ecuador, Argentina, Colombia and Peru.

Business Line has quoted, “Mr Koshy added a note that Brazil was also on the cards during 2012-13 and indications are that this could be a critical nerve centre in the future given the sheer size of the country.”

RE is also planning to start a warehouse in Vienna, Austria in a short period of time which will felicitate the company to enter the European market as mentioned above. To be more specific, the company is actually targeting the Eastern part of the European continent.

In the ASEAN market, RE has identified Thailand, Malaysia and the Philippines to be the top priority for the company as of now. Report also says that New Caledonia, further south in the Asia-Pacific region, will follow as also Madagascar near Africa.

“We will look at each and every potential part of the world for our growth. It is absolutely imperative if we have to insulate ourselves from downturns elsewhere,” he said.

Despite the fact that the company is foraying into International market, it has also realised the importance of India for it. It is planning in full swing to reduce the heavy waiting period for its models all across the range. Dr Venkatesh Padmanabhan, CEO of Royal Enfield said that the new plant to be commissioned near Chennai, will go a long way in reducing these numbers though it is still over a year away. Its capacity is around 1.5 lakh units and will help meet the requirements of geographies beyond India. Royal Enfield forecasts to sell 70,000 units of bikes this present year.

Do you have something to say about the new markets that the company is gonna foray into. If you have, leave your thoughts in the form of words below.