Royal Enfield is one of the iconic bike makers admired by millions of bike lovers. The maker of some iconic bikes is planning a management restructuring exercise to compete with competitors like Harley Davidson, Triumph and others.  News has it that the Chennai based Eicher group has put in a flat management structure with independent senior vice presidents at every level who will be responsible for leading the departments of markets, product technology and the two wheeler industry as a whole. 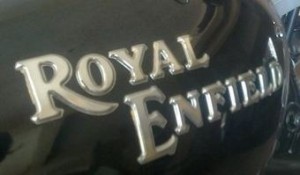 The whole idea of Royal Enfield to go out for such a flat based management system came from a British automobile company. Royal Enfield says that this management restructuring would be helpful when it comes to increasing the capacity both in terms of products and revenues. When asked to comment on the company’s move, Mr. Padmanabham (Chief Executive) said that he wants to reinvent one of the oldest motorcycle company into an modern automotive one. He was also of the opinion that this strategy would not only help to increase the efficiency but also will be cost effective to the company.

Padmanabham said that this new structure will help the company move fast and experiment with things they always wanted to put some hands on. In simpler terms, Royal Enfield did decide to count on a team of four who are going to run the company. We will have to wait and see if this management restructuring actually helps the company in attaining higher capacity and revenues.