Royal Enfield, the iconic motorcycle manufacturer has registered growth of 41.94% du ring the year 2011 compared to year 2010 according to companies press release. The company sold total units of 74,626 units compared to 52,576 units sold in the year 2010. In spite of registering 42% growth the company is still not in position to fulfill local demand and some of its models are commanding waiting list of 6 months. Further, the company expects the momentum to continue for the year 2012 as well due to strong order book for the year. 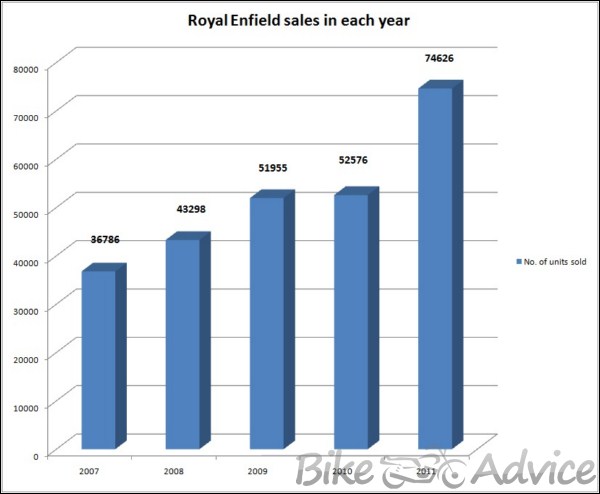 Royal Enfield also carries forward a very healthy order book to 2012. The capacity expansion plans for Royal Enfield is progressing as planned and the production at the new plant will start by Q1 2013.” 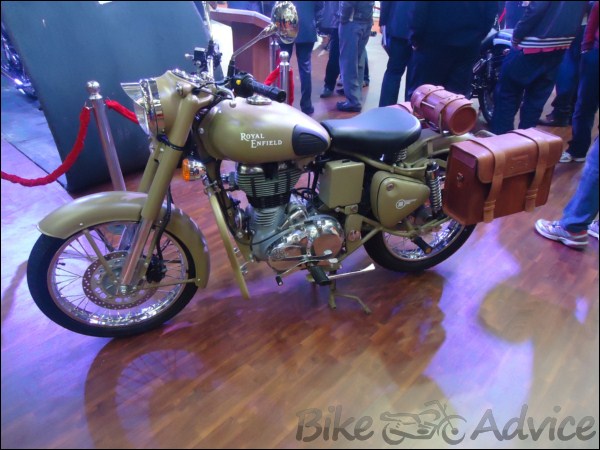 “At the 2012 Auto Expo, Royal Enfield previewed the all new Thunderbird 500, fitted with the Unit  Construction Engine and a host of design enhancements. With this new product, Royal Enfield has again upped the ante in leisure motorcycling which we have been pioneering for over half a century in India. Royal Enfield also showcased a range of well crafted, meticulously detailed, purpose built motorcycle gear at the Auto Expo. The Royal Enfield accessories both add flair and enhance the riding experience. The collection includes biker apparel, bike and riding accessories”, he added.  .

P.S: Ever since we started publishing Indian Bike Sales figure, there is always one question “Where is the figure of Royal Enfield?”  This news is specifically dedicated to those readers and that’s why we have included previous 4 year sales figure too!