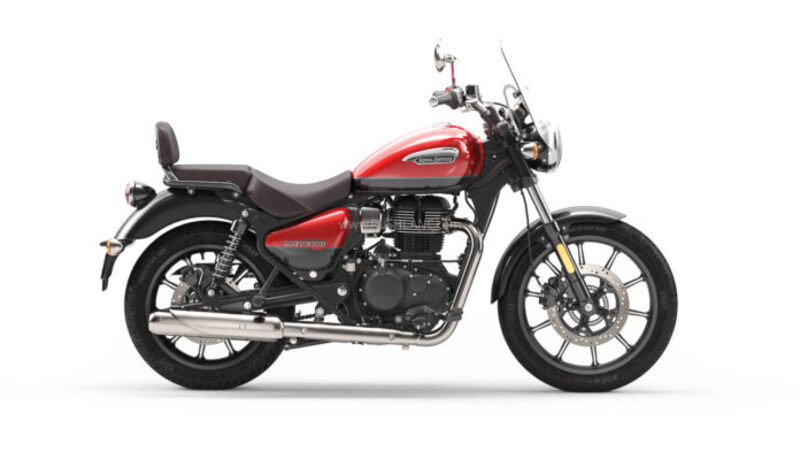 Royal Enfield is planning to reveal new sporty variant of Meteor 350… Could it take inspiration from its sibling and look like a Cafe Racer?

So, some whispers floating around have come to our notice which indicates that Royal Enfield is planning to launch a new variant of their popular Meteor 350 roadster-cruiser.

These whispers tell us that Royal Enfield wants to add a ‘youthful’ touch to their Meteor 350 cruiser to appeal to the younger buyers among the present generation of customers.

Officially, there is no confirmation from the company or there are no further details available regarding the ‘new variant’. There are just mere speculations.

It is speculated that the new variant of Meteor 350 will be running on 18” front wheels combined with 17’ rears. This will be done to add a little more life to the cruiser and make it more lively while flicking through the traffic or cruising through the mountains.

Furthermore, it is expected that the handlebar profile will be changed to have a flatter profile, resulting in a slightly aggressive riding posture to add to the livelier character of the bike. The new variant could get a single-piece seat as well, instead of the present two-piece unit.

Though, it is speculated that the new variant could resemble the much-admired Thunderbird 350X, we expect that the model might look something different.

We are thinking, maybe, Royal Enfield is thinking of adding a model based on the Meteor 350, but could resemble the styling cues of the Continental GT!! We know, it sounds outrageous. Yet, just think about it. Flat seat, flat handlebars, aggressive ergonomics – all elements of a Cafe Racer, powered by new J-series 349 cc engine.

Sounds enticing!! We are keeping our fingers crossed for this.