Royal Enfield, the ‘Indian Harley Davidson’, will launch Thunderbird 500 and Café Racer motorcycle in the upcoming months according to news reported by Financial Chronicle. Royal Enfield showcased these both motorcycle at Auto Expo 2012. The response for both the motorcycle was great, however Café Racer motorcycle was catching eye of everybody. I saw lots of people inquiring about Café Racer which is a big reason why company wants to launch this motorcycle in the country. The company expects to launch Thunderbird 500 in the month of May or June and Café racer will be launched by the first quarter of the 2013. The company is also increasing its dealer base and enhancing capacity in order to cater the future demand and export expansion. 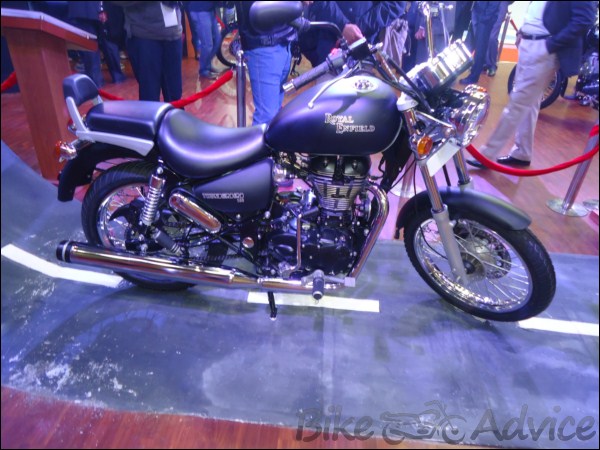 Venki Padmanabhan, CEO, Royal Enfield Motors said “We will launch Thunderbird 500 motorcycle, which was showcased at the Auto Expo, in May or June. We hope to strengthen the brand position further in leisure motorcycling in the country. The next launch is that of the Cafe Racer and is expected during the first quarter of next year. In our opinion the reintroduction of a classic racer is a new segment in India and response of its preview at the Auto Show was overwhelming.” 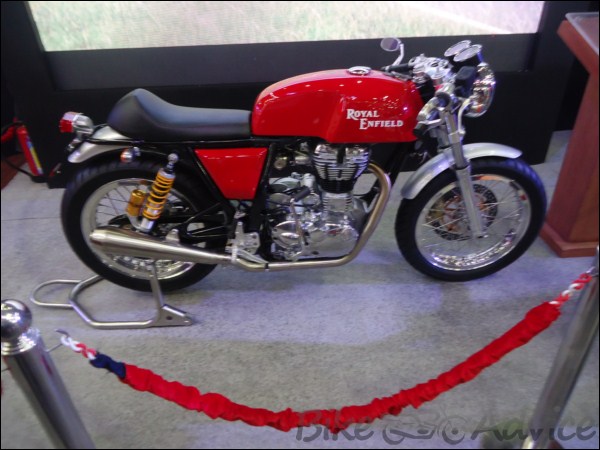 He also added “We have added new dealers in poorly represented markets as most of our customers have to drive over 100 kms for good service support. Last year, we crossed over 200 dealers across India. All the new dealers are investing heavily in sales and service infrastructure (service bays), and we have set up two repair technician training facilities in Chennai and Chandigarh for equipping the dealer’s staff in servicing the new Bullets sporting our new engine platform (unit construction engine) besides older iron barrel motorcycles. We have also increased our spare parts supply to the market considerably.  Exports will be a key focus area with significant ramp up visible from 2014-15 onwards and their contribution is expected to grow over 10 per cent from the present six per cent.

It seems that Royal Enfield is now aiming to cater more customers. The company recently launched its few models in the Philippines and Malaysia.  The company does not have any competition as far as India concern. Bajaj Avenger is the only other cruiser motorcycle available in the country but its altogether in different league. However, Café Racer may snatch some of the Bajaj Avenger buyers. Do you think so? Leave your comments…