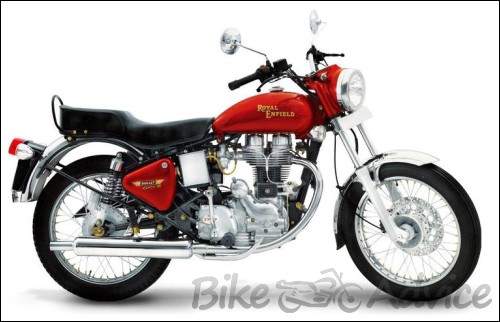 The Royal Enfield is owned by New Delhi based Eicher motors and the managing director of Eicher said that the company is evaluating the ways and means to double their production; the company is looking at various sources to increase its production like further investment, efficient labor-material synchronization and other things.

The MD of Eicher motors did not comment on the investment they are looking forward to invest in the market but according to experts, the investment should be around 200 crs or more. Royal Enfield currently produces 5 models which are getting overwhelming response by the people. However, he accepted the fact that the latest version i.e. classic 350 and 500 were amended in some nature.

There seems to be a joint venture coming up between Volvo group and Eicher motors for setting up the production units for the bike. The Joint venture will be known as VE Commercial Vehicles (VECV) and they will invest a whopping 800 crores over the span of coming three years for developing production units. The MD of Eicher said that VECE will take every step to increase the production capacity and Royal Enfield’s market share by at least 4%.