The recent news about Royal Enfield which is the fact that the company has been recently allotted land by the Tamilnadu Govt for opening of its second plant made every Bullet fan rejoice. The land allotted for the plant in Orragadam near Chennai in the SIPCOT industrial park enabled the manufacturer to make use of its old plant as a separate engine manufacturing division. 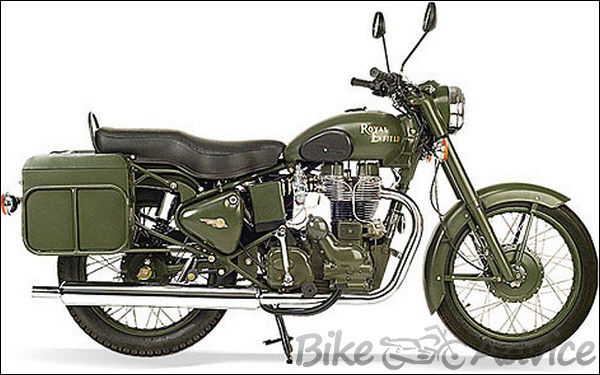 The company has recently announced its Greenfield project of doubling up its production capacity to 150,000 units annually. Presently, the company is capable of producing 70,000 units a year. The management team of Royal Enfield which is the 2 wheeler division of Eicher Motors sees managing supply chain as ‘The Challenge’.

Dr. Venki Padmanabhan, the Chief Executive Officer of Royal Enfield said in an interview to the Business Line, “The challenge is to get the vendors also to raise supplies commensurately. Even at 150,000 vehicles a year, Royal Enfield volumes are still low from a vendor’s perspective, and therefore the issue is to ensure that the vendors do not slip up on delivery even if they are under pressure to first satisfy the needs of his customers.”

He also said that Royal Enfield is working on creating a ‘Supplier Park’ inside the 50 acre site allotted to the company by the Government of Tamilnadu.

Though many new players keep venturing the Indian bike market, there is no competition in the 350 – 500 cc category, where Royal Enfield Operates and this is the prime advantage to the company.

But according to a recent article in Business Line, ‘However, the companies in this segment also nurture ambition to enter the 350-500-cc segment. Similarly, the ‘above 500-cc’ segment, too, would like to come down to the niche now occupied by Royal Enfield’.

But Dr Padmanabhan firmly believes in the fact that the company will have a brighter future with the opening up of its new plant.

The most interesting point that is mentioned in this article is that it reveals the fact that the manufacturer has plans to launch a motorbike in the 650 cc category or might even be above.

Dr Padmanabhan said, “The company is looking at both options” when he was asked if the new bike’s engine would be developed in-house or the company would prefer going for a technical collaboration.

Meanwhile, the company today opened a new showroom-cum service centre and a training centre for its technicians on the Old Mahabalipuram Road in Chennai. Also on the cards is an Enfield in a new colour – Desert storm – a sandy beige with matte-finish.

This particular colour of Desert Storm has a speciality with itself. Many Indian hardcore bikers prefer the Bullet with the typical Olive Green colour. But, it has so happened that this colour will not come to the market as it is exclusively for Defense personnel. In order to satisfy people who are craving for this colour scheme, this colour is launched. It resembles the olive green colour to a greater extent.

Though there are no official pictures from the company to check how the new colour would look like, keep watching this space to know how it really looks. Would the new colour aid the manufacturer in boosting the sales. Dear readers, please leave your comments below.