Black Bull arrival to my house: After completing my graduation in 1976, I joined as a writer in M/s Herald Auto Crafts, Royal Enfield Motor Bike dealers, church compound Shimoga. Dealers were facing a hard time during that period due to downfall in sale of RE. The important reason was costly maintenance of RE and not so suitable for average built riders. 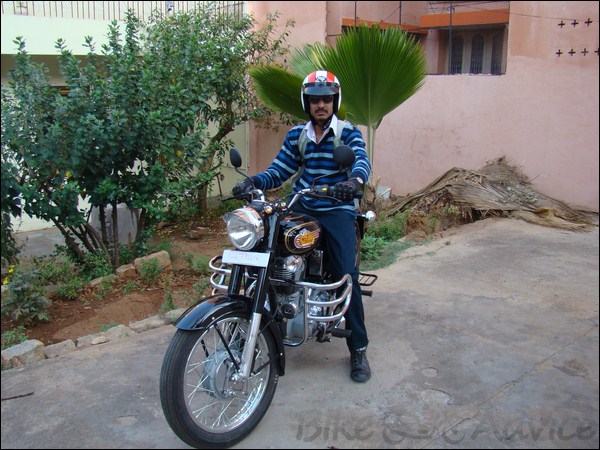 Only Police Officers, Range Forest Officers, Regional transport officers and some rice merchants were using the Bullet Motor Cycles. First time in my life I had got an opportunity to sit as a pillion on a Royal Enfield Bullet motor bike. The roaring sound of bike was like music to the ear drums. I have been following lot of ups and downs of Enfield.

The customers will normally know only about performance of the vehicle but the dealers and people around production to selling are more acquainted with the details of the market variations. Our staff consisted of myself as a writer, Mr. Surendra, automobile diploma engineer as Insurance official and another five Mechanics and two helpers.

One of the mechanics was Mr. Nissar Ahmed. Owner of the shop was Mr. E.E.Soans, (The main sufferer of the market downfall of Royal Enfield). I had heard that he had got all two wheeler dealership and then only stuck up with Royal Enfield which later became a sinking ship. All mechanics were trained in the workshop from their childhood. 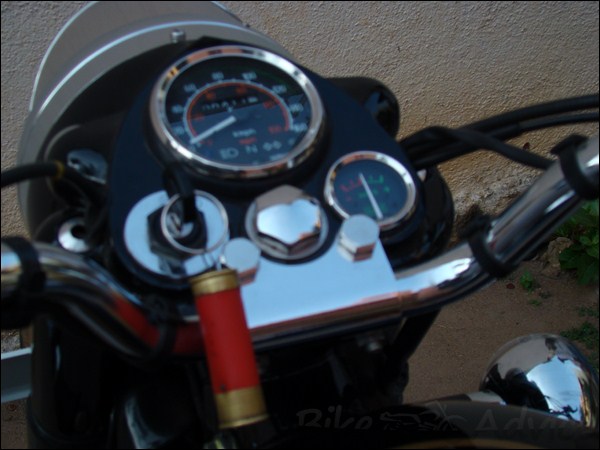 Mr.Soans himself was a great tuner of bullet at that time. All staff members were aged between 16 to 25 years. One Sunday we decided to go for a ride which was arranged by our mechanics. We were totally 6 members and decided to go on 3 bikes. None of us had owned a bullet or any two wheelers at that time except a bicycle. All the mechanics arranged bikes somehow for the trip.

As per schedule everyone arrived early morning to my house with 3 bulls and then I suggested them to visit Maha Ganapathi temple near my house as this was our first ride. I have mentioned about the temple particularly as this would be mentioned again. Later on we had a decent ride cruising on the country roads and even highways. As our plan we had reached the destination – Kemmaugundi with little hiccups on the way which is usual. 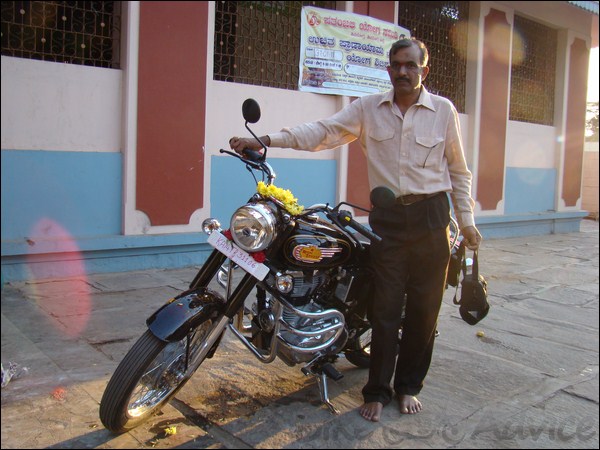 All of us left one by one, myself and Mr. Surendra on one bike were the last. Mr. Surendra was struggling to control the bike in the second curve by Gods grace we survived. The trip is a memorable one for a lifetime. During 1978 I had changed the job and joined power Production Company. There was no need of owning a vehicle in that life style.

So I never thought of owning a motorcycle. Later I purchased a “Honda CD 100” motorbike in 1992. My friend Mr. N.M.Tandel was a great rider and tought me to ride a bike. He had a yezdi 250cc motor bike. First time in my life I had owned a motor bike at the age of 36 years and surprisingly I learnt to ride a motorcycle after I owned one. Several hints were given to me by my friend, I remember few of them.

I was very much fascinated to see my two year son sitting on the tank and commenting on my riding and insisting me to ride slowly freequently. I have done lot of solo riding, riding with family with friends in all sorts of roads and all climatic conditions. As I am a government employee I had to pack my luggage so many times in my service. 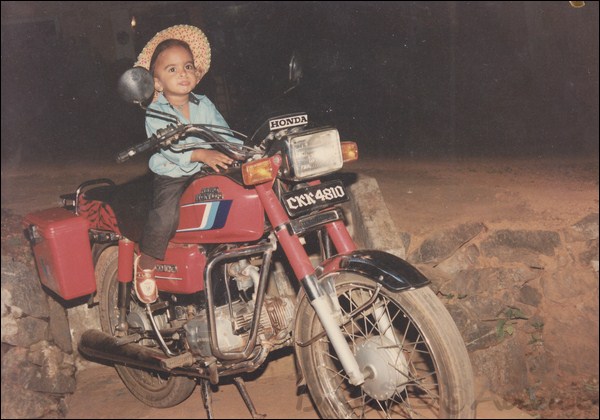 I came to Bangalore during 2001. After five years I was forced to purchase of new vehicle. I decided to go for a 150cc and purchased Honda Unicorn. Amazing bike with mono shocks. It was like a real horse to ride on roads at Bangalore. In 2009 My son demanded a motor cycle he preferred Yahama FZ16. It is very selfish kind of bike and allows only his owner and no space for pillion rider or any luggage.

In 2010 my son had his college tour to Goa, the wonderful place on the earth. Where he hired “Bullet 350” motorcycle of 2009 model with a left foot gear shift. After his tour he started to dream about its raw power and the way it can give comfort and attitude to the rider. He kept on speaking about the bike and this influenced me and took back to the old memories. I decided to get a Bullet at any cost on that day.

We had visited show rooms at Bangalore but they informed that due to the demand for royal enfield products you have to wait for minimum 8 months. As I could not wait for such a long time and moreover my son could not wait I had contacted Mr. Nissar Ahmed now the owner of Apollo enterprises, Shimoga.

The dealership first transferred from Herald Auto Craft to Mr. Surendra ex-employee as Trishul Enterprises. Now the Dealership is in the hands of Nissar Ahmed. Both of them are ex friends as I had explained about that trip. Nissar promised me to get vehicle within four months. As per his promise he called me on 4th march and informed vehicle is ready for delivery.

My son jumped with joy. On 7th march we had taken delivery at Shimoga on temporary registration and went for pooja at nearby temple. No temple was opened in the afternoon so we had visited our neighbors of ex-residence in shimoga and in the evening did vehicle pooja at “Ganapathi temple” which I had mentioned about first ride of bullet motor cycle of myself.

The co-incident makes me the God has already written our future and nothing is in our hands. After that the vehicle was boarded in the train with fully packed and got delivery at Bangalore City Railway station. From Show room to Bangalore railway station hundreds of people asked about the bullet”.

Nissar himself told that the “Bullet 350cc” standard was sold after one and half years in his showroom. In Bangalore I got registered the vehicle and RTO inspector also enquired about vehicle and happy to see the bullet, he told me once upon a time he also had the bullet. My son has his own attachment towards the bike he named it as a “Hermes” A Greek god of traveling.

He had several ride to his college and also he gives me lift to office. In the road so many riders take glance of the bike when they hear roaring sound. If I had money or house nobody cares but they care for bullet for its sound and heavy built structure. On 18th march 2011 First time I had ride the bullet – bike of dreamers. There are big companies coming to India and makes automobile industry a colorful and enjoyable one. But still Bullet stands as a legend…