My name is Gary, and I am a mechanical engineer. I was very excited the day I bought my Bullet Electra. By paying about Rs.80,000/- (excluding alloys and registration) to the agency, I was free on the roads on my brand new Electra. The new bike had 5 kms done on the odo, and I have to admit that the bike was totally powerless on the day of purchase. But the bike gains power as soon as we keep on doing more kms on it. This cycle of gaining power will go up till you have 2500 kms on the odo. The bike I bought was the drum brakes model with 350cc engine and 18bhp power with 32 Newton meters of torque, four speed transmission, 24mm Mikuni carburetor, gas shocks at back,14.5 liters fuel tank. These figures are good to impress anyone but the truth is that the bike weighs 175kg and is much higher than the standard Bullet. 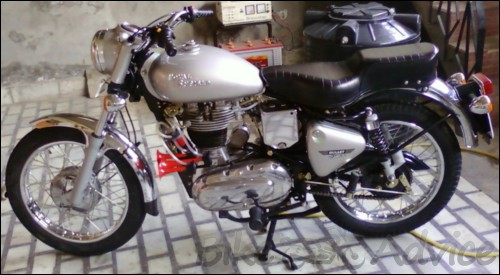 The Electra Difference: The main variation between the Standard and the Electra is that latter uses TCI (Transistor Coil Ignition) which is much more reliable, durable, has lower maintainable and increases power and mileage. On the other hand the Standard model uses the old points system like in the old Maruti 800, we have to adjust it again and again, besides it’s very unreliable.

The other differences between Standard and Electra are that, Electra has gas and telescopic shocks at front and rear, much more advanced wiring and electronics, gives more mileage and power, is bigger and heavier to increase stability, has an engine cutoff switch, both mudguards are chromed for that classic look, Electra has much costly and upgraded paint used on it, Electra has better braking system at rear than Standard, Electra has a bigger coil to produce more amperes of current even at low rpms (revolution per minutes).these were the main differences between the Electra and the Standard. 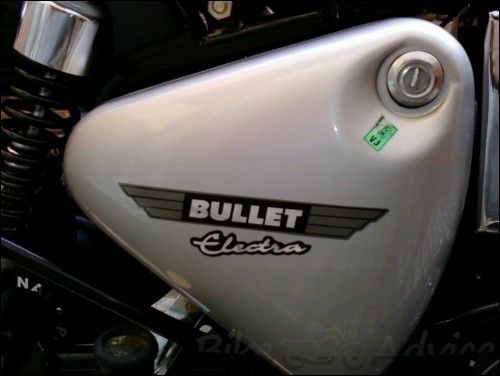 Performance & Upgrades: Guys if you want a bike just for racing, then this is not the bike you are looking for. However, it has quite big figures on the chart, but its weight and gearing ratio is made such that the bike is for cruising, not for racing. The bike can take you all the way to 120km/hr (company claims 100km/hr), but stopping the bike is a big issue. We can reduce the weight of the bike and improve the stopping capacity by a few modifications. First is to install three spoke alloys (preferably Parado alloys with black finish), these give the bike an evil mean look and also reduce weight and improve performance. Then we can install a wider MRF tubeless tyre at the rear for effective braking and control. Being tubeless, it also increases the mileage and top speed. We can make the current front tyre tubeless by adding an air valve at the alloy wheel, we just have to remove the tube from it. These modifications will cost around Rs.6000 to 8000 (I got it done at Rs.8000). With my VIP number at auction, my Electra costed me about 1 lakh rupees. You can go for the disk brake version at about Rs.86000, but still it will not have alloys and tubeless tyres. 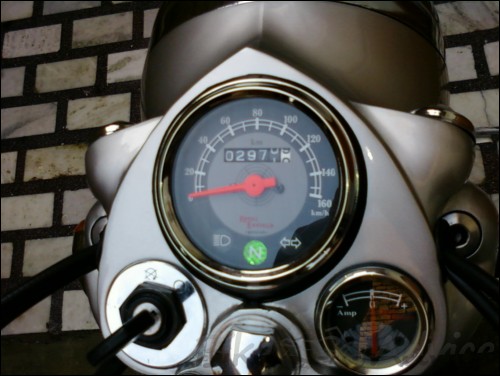 When I give the bike a test run, it seems that the take off of the bike is very slow and lacks power, this is because of the gearing ratio, which is higher for cruising. But once we get past the 40kmph speed in first gear, we have the second gear which is the most powerful gear and takes the bike to 70kmph. But one should not increase more than 60km/hr in 2nd gear, and then the third gear takes the bike to 90km/hr. Then the fourth gear is a very high ratio gear, taking the bike to 120km/hr or we can cruise on the speed of 50-60km/hr and can get a hell of a mileage. 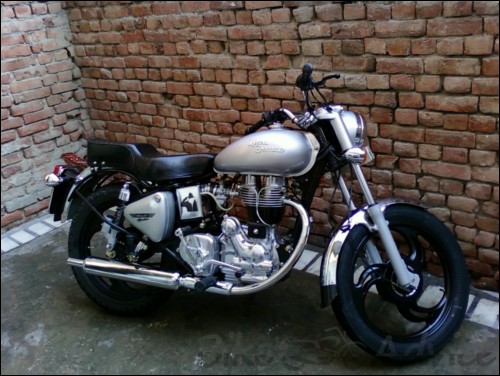 Living with the Electra: The bike has its name Royal and is Royal. You are just not buying a bike but, you buy a history full of adventures and the brand. You also get good friendship with the mechanics because you have to visit them now and then. Another big problem of the bike is that you may be a hell of a lot experienced with the gears but will still miss them often. The bike swallows a massive 3.75 liters of engine oil + gear oil during servicing, which means your free services will cost you about Rs.600 for engine oil alone. But the customer care is commendable, I mean they are too good. 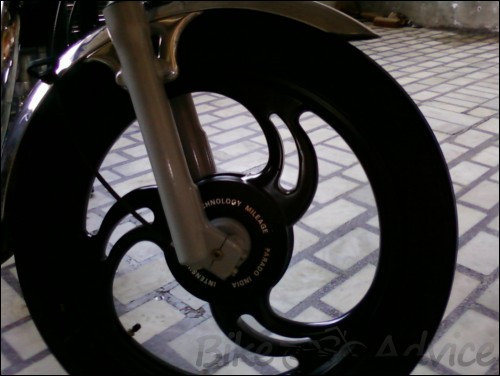 How I bought my bike: The story of buying my Bullet Electra comes now, I needed a bike urgently because of my college and I needed a big one because I am a bodybuilder with a big build, so I booked a pulsar 220 for Rs.10,000. After waiting for a month the Bajaj said the bike will be even more late, so I went to Royal Dealers and chose a red Electra, but the problem was that I needed a silver one (because it looks much cooler and easy to clean). So I said that I need a silver and I need a bike now, the dealer said the I can buy the red one now, they will later convert the body parts to silver as soon as new stock comes. So I got to ride both colours red and now I have silver. Guys now I am happy because it may not be the fastest or the strongest bike but surely it’s the meanest one and the biggest and heaviest one, it gives 40km/litre compared to pulsar 220 that gives only 25km/lit. Guys you should have a look on the faces of people when they see a silver Electra with black alloys, VIP number and a small thumpy silencer, they just stop for the Bullet especially girls. Not everyone can ride a Bullet so you have to be Royal to ride it, I mean the gearing system and the kick. 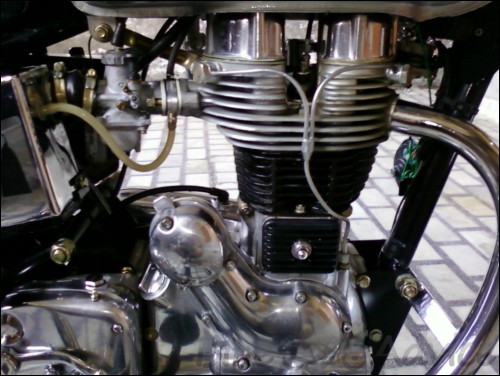 New models: Now royal Enfield has launched a world class range of classic models, with and without fuel injection, from 350cc to 500cc. Still this beast has its own name which is electrifying.

About my review: I am a mechanical engineer and I have still kept my wording and explanations in the review really simple so that anyone from a pro to a simple person can know every thing about the bike to the fullest. If I had started with my technical definitions and specifications nobody would have understood any thing, after all a person reading a review is not here to do a diploma in engineering. So the above information is the best that can be delivered. But still any one having any problem or doubt, not for just this bike but for any bike, for performance or any other thing can contact me at +91 99156 27279, garyorocks@gmail.com

Now get out there and buy one of the beasts; the Royal Enfield Bullet Electra four speed 350…made like a gun, goes like a Bullet >>> 🙂