The makers of legendry bikes, Chennai based Royal Enfield will hike prices of its bikes from April 2010. According to the information we have in hand, Royal enfield is in process of making their bikes adhere to the Bharat Stage 4 norms which would be applicable from April 2010. A lot goes into making engines comply to the current pollution norms and the price increases exponentially if the engine is question is based on older traditional platforms. 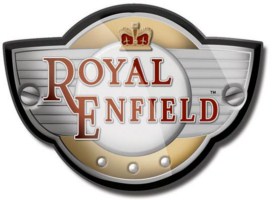 Company has recently launched the Classic series of bikes which have received grand success considering the price segment they have been put. Even after delivering 1000 units since its launch in November 2009, the Classic 500 has more than 3000 pending deliveries in the domestic market and 2000 units for the export market, which Royal Enfield plans to clear in the next six months. And does this answer your question of such a long waiting period of this bike!

And its not that Royal Enfield is keeping mum about it. They have plans to invest Rs 100 crores in the process of expanding the current manufacturing capacity of 60,000 units to 1 lakh units yearly at their Chennai facility. As the Classic were launched recently and Classic 500 being a Fuel Injected bike we expect the company to spare these for any hike but the other bikes Thunderbird, Machismo and Electra would become dearer by a few notches. Nonetheless, we do not expect the quantum of increase to be huge and more importantly RE owners are a different creed and this might not have a big impact on either the company or the potential buyers.