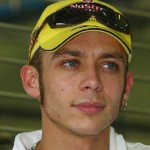 In a turnaround of events; Rossi said after finishing in the 11th place on the Assen Grid that Ducati is still in the process of learning their new bike the GP11. He also said that the Bridestone tyres aren’t able to adjust to the temperature either. He also said that it will take time to adjust to the new bike and thus it is more of a waiting game before we can see him perform again like he used to do.

Ducati gave Rossi a 2012 chassis fitted 800cc monster this weekend hoping that heir position in the competition would improve but then again Rossi finished outside the top 10 for the third time this year. On the contrary Rossi said that they had a bad feeling before the race and also he is quiet frustrated at this point of time mainly due to his performances. Rossi main confusion lies in the bike because there are certain situations wherein the bike doesn’t react to a particular situation.

To sum up the entire thing there are problems with the bike and the tyre temperature is also an issue which is more or less keeping Rossi and Ducati team from conquering the uphill task of finishing in the first place. All in all Rossi is still wondering to set things right for himself and his team Ducati. We can only hope that he soon fixes all those issues and gets back to winning like he used to do.