What is the difference between doing things right (efficiency) and doing the right things (Effectiveness)? In order to launch a successful product or to make a successful company, effectiveness and efficiency are required to be out in place together. If you are effective but not efficient, there is a chance that efficient competitor will follow your strategy and will take on you. On the contrary if you’re efficient but not effective, the effective competitor will take on you. In Indian two wheeler industry, we have example of two such companies – Hero Moto Corp and Bajaj Auto. Bajaj Auto, a company which operates at 20% EBITDA margin is the highest so far in the industry. It is the most efficient company in the two wheeler space. Hero Moto Corp which sells half a million units every month, 6 million units in a year, highest in the two wheeler industry and it is world’s largest two wheeler company. It is one of the most effective companies in two wheeler industry. 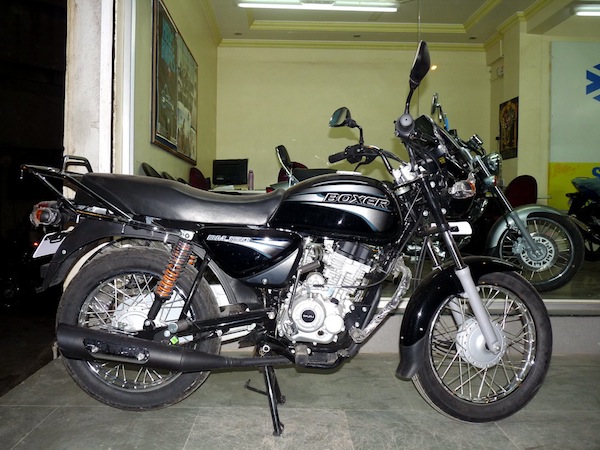 Hero Motocorp has a strong foothold in the rural India. It commands very large pie of rural two wheeler sales. Nearly half of the company’s sale comes from rural part of the country. What more to say Hero MotoCorp.’s rural sale is more than Bajaj Auto’s total domestic sale. If you want to challenge Hero Motocorp., you need to have a strong rural motorcycle. Bajaj Auto realized this fact sometime ago and launched the Boxer 150cc (Bharat Motorcycle) on 26th August 2011.

A purpose built rural motorcycle which sports a 150cc engine, torque of 12 Nm, wider tyres, larger seat which can accommodate three people and a price tag of around INR 42,000 ex-showroom Delhi. The motorcycle fetched the company a business of 10,0000 units a month in the initial two months; however the volumes were down by almost 7,000 units for last two, three months. This is a very big disappointment considering the brand ‘Boxer’, which was leader in its segment before it was discontinued way back in the year 2004 for the Indian market. So what is wrong with Boxer 150cc (Bharat Motorcycle)? Why it is not able to clock sustainable larger amount of volumes? Let’s have a closer look at some of the reasons.

How many people are aware that Boxer 150cc is launched? Certainly, not a large number of people know that Boxer 150cc is in the market even after nearly 6 months of its launch. This is a reason of soft marketing. Boxer 150cc did not get the enough push on the marketing front. It is to be understood that this is a rural motorcycle and needs to be marketed in a different manner. However, Bajaj Auto did not do any effective rural marketing campaign to provide enough ground for Boxer 150cc to take on the competition. Even the Bajaj Auto website does not have Boxer displayed anywhere. If I’m not wrong, there is no such TV commercial featuring the Boxer 150cc and even if it is there I am not aware about it (Another example for too much of soft launch) I did search for a video and I got the below one which is enough to show the power of Boxer 150cc.

Bajaj Auto could have made a TV commercial highlighting the unique features of Boxer 150cc and could have shown it on Doordarshan which has largest reach even in remote villages. You can take example of Hero Motocorp.’s rural marketing campaign Har Gaon, Har aangon (Hindi for Every village, Every Home) under which Hero Honda dealers met Sarpanches, Headmasters, aanganwadi workers who influence buyer’s decision in rural segment to sell Hero Motocorp motorcycles. This is the campaign which has given Hero Motocorp a strong foothold in rural India. By far this is a marketing practice for rural India, which is more effective than the TV commercial as rural sales drive more through Word Of Mouth publicity than advertising.

Bajaj Auto re-launched the Boxer in 150cc avatar. This can also be a reason for lower sales. It would have been an easy job to start with a 100cc motorcycle in rural segment but Bajaj Auto chose 150cc to differentiate it from others. Now a 150cc can work inversely if the market is not prepared. The 100cc motorcycle accounts a very large pie or of total rural sales in India. Bajaj Auto could have gone with 100cc Boxer first which would have helped the product to establish itself. Once the brand establishes itself they could have launched 150cc version as a part of its brand extension.

We can also take an example of Discover brand which started with 100cc version and then extended to 150cc and 125cc. Today, around half of the Discover brand sales come from 125cc and 150cc versions. The brand would not have been that much successful, if it would have started with 150cc version first. Further, when you go for differentiation strategy you always need to have strong marketing practices highlighting the differentiation points. It helps the product or service to establish itself as differentiation strategy is mostly targeted to niche segment. As we can see Boxer had very soft launch which resulted in lower brand awareness to target market.

Bajaj Auto also has Platina in 100cc entry level segment, however this is an urban brand and Boxer is a rural brand. Hence, there were very lower chances of brand cannibalization (“When two brands in the same product line, offered by same player target same market segment and compete with each other by eating away the market share without adding any value to the marketer.”) here if Bajaj Auto could have launched 100cc Boxer. It is also to be noted that 100cc version of Boxer was successful in India and currently it is successful when it comes to the export market too.

Boxer is the cheapest 150cc motorcycle available in the Indian market. However it is still 20% more expensive compared to basic 100cc motorcycle like CD-Dawn. Further due to 150cc version it also has lower level of fuel efficiency. The rural India is extremely conscious about the fuel efficiency; hence it might be a cause of having lower sales. It also has lower dealer margins compared to other brands like Discover and Pulsar which makes the dealers more interested in selling Discover and Pulsar brand compared to the Boxer brand.

As far as the product is concerned, the 5-6 month old owners are well satisfied with the composition of power and fuel efficiency offered by Boxer 150cc, so there are no such major changes required when it comes to the product front. As far as marketing strategy is concerned, the company has now started a marketing campaign in around 16,000 villages. In the new campaign, the company is showcasing Boxer 150cc on demo van and offering customers a test ride thorough which one can have a ride experience of the Boxer 150cc. However, what have been missed is having large customer base in initial stage. If this would have been done in the initial stage, the company might have had more customers aware about the brand and its features which are capable of generating positive word of mouth publicity, thereby ensuring sustainable sales for the future.

Having the right marketing strategy is an equally important factor with having a right product. Boxer 150cc (Bharat motorcycle) might be the right product for rural India but it has not been backed by a right marketing strategy. Bajaj Auto considers Pulsar as its centre of gravity. However, it should not ignore the other market opportunities which come with Boxer brand. Rural India has lots of potential of growth and it is still in nascent stage. We may see rapid urbanization in the coming years but still Rural India’s growth will outpace urban India growth as far as two wheelers and more specifically motorcycle is concerned. Further, Boxer is also equally profitable (20% EBITDA) and commands brand premium in Africa despite the fact that it is an entry level motorcycle and operates in highly price sensitive market. Boxer has always helped Bajaj Auto be it the time from transformation of scooter manufacturer to
motorcycle manufacture since the year 2008-09 when Bajaj Auto’s sales tapered drastically. It is one of the fastest growing brands in export market. Hope the new marketing campaign will help Boxer 150cc to establish itself in the Indian market.

Disclaimer for article: The Views or Opinions in the article are entirely mine unless explicitly stated. The Views and Opinions published in this article should in no way be related to any other person or organization associated directly or indirectly with me.