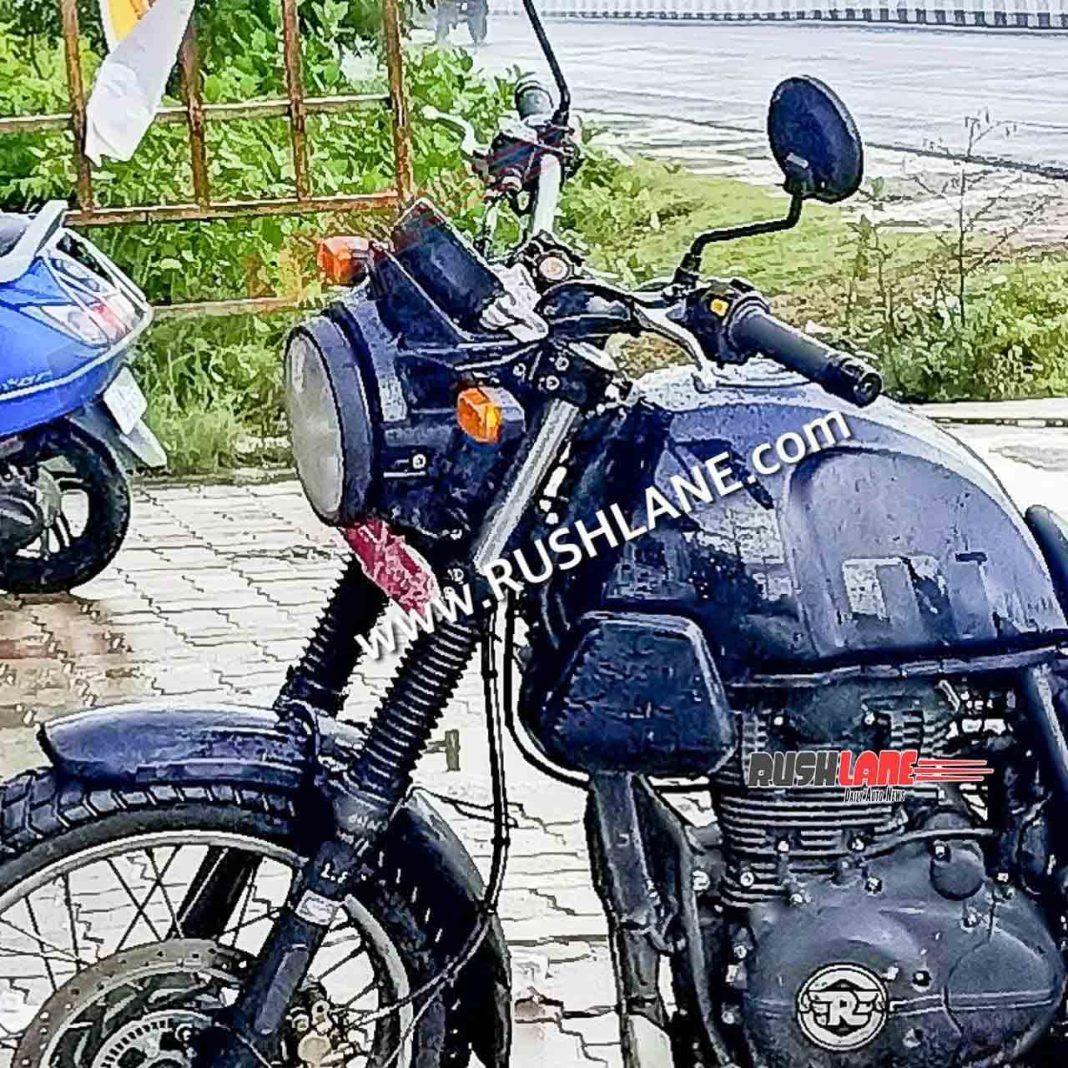 Royal Enfield Scram launch can be expected anytime in the first half of next year. It will make use of Himalayan’s platform…

Royal Enfield believes that the world needs a road-going version of the Himalayan ADV and that is the only justification we can think of when we see spy pics of this upcoming motorcycle that is likely to be called as Scram 411.

Essentially, the company is using the same body parts with only minor differences. The fuel tank, side panels and most of the other parts appears to be lifted from the Himalayan.

The differences that we can notice here are – absence of the front visor as well as the secondary front fender and luggage holders. But the biggest difference is the change to 19-17 tyre combination against the 21-17 of the ADV.

There are tank extensions, new grab rails, and probably a new instrument cluster as well. The round headlamp design continues, however, the complete unit has gone through a minor makeover.

The Scram will definitely carry the same 411cc, single cylinder, long stroke engine that churns 24.3 bhp of peak power and 32 Nm of max torque on the Himalayan. Its tune on the roadster may be different.

The 220 mm ground clearance of the Himalayan may also be lowered along with that price tag. Against Himalayan’s over 2 Lakh ex-showroom price, the Scram may be cheaper by a few grands – to make sense of the idea!

Launch, as we see, could happen early next year, or whenever the company pipelines it, as this may not need a lot of testing anyways.