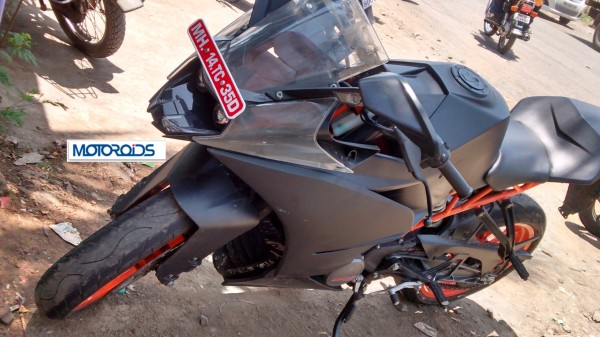 Here’s again for the supersports lovers. The technicians/test riders of KTM and Bajaj were having a field day around Chakan and again the upcoming faired Pulsars as well as the RC twins were photographed cooling off at some place near Pune by Motoroids.com.

These single-cylinder supersports have been in news pretty frequently and the guys are awaiting their launch eagerly. The Bajaj offering is more of a sports tourer than an outright supersports as compared to the “Ready to Race” KTM RC390 & RC200 siblings.

The RC390 is built around a lightweight single-piece trellis frame and the overall bike weighs about 147kgs in all! 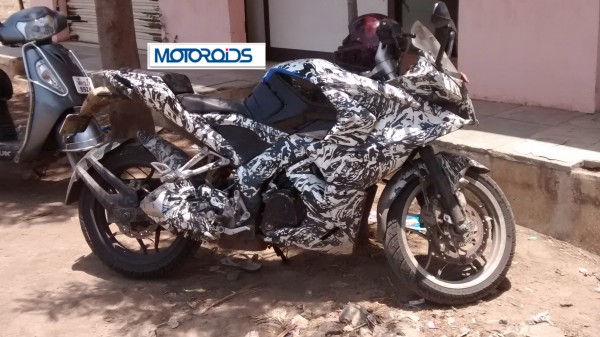 The engine powering the Duke 390, the RC390, and the Pulsar 400SS are identical with a few changes. The Nicasil-coated single cylinder 373cc in the RC390 is tuned to produce around 43hp and it is expected that the Pulsar 400SS will also output a figure slightly lesser than this! Similar is the story with the Pulsar 200SS and RC200. 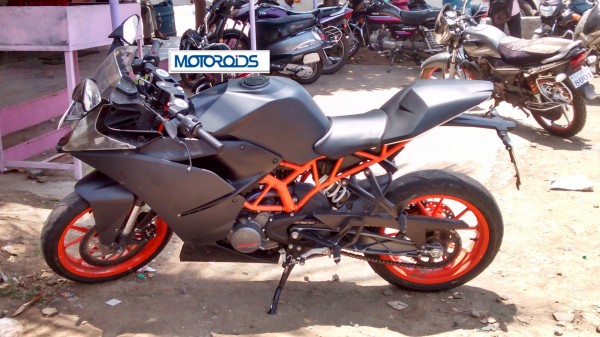 Although the engines are identical, the RC and the Pulsar will appeal to different clientele. With its practical riding geometry, the Pulsar twins will be favored by riders who do some serious commute on their bikes. The relaxed seating position would make the 400 SS faster, more powerful bike to be used as conveyance to workplace and back. 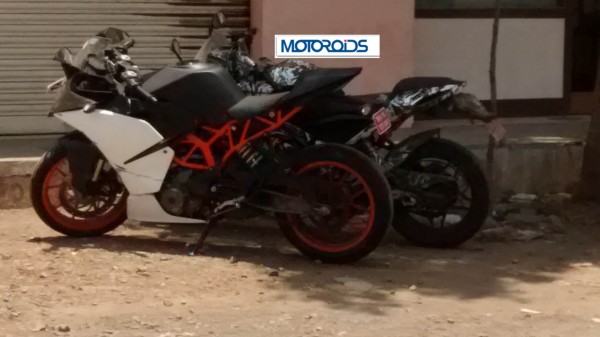 The RC390 and RC200, however, won’t be out to please all. The fully committed GP style riding position will find takers among hip guys about the town. With sheer dearth of racing circuits in the country it is unlikely that the full potential of these rather alluring bikes would be enjoyed by its buyers. 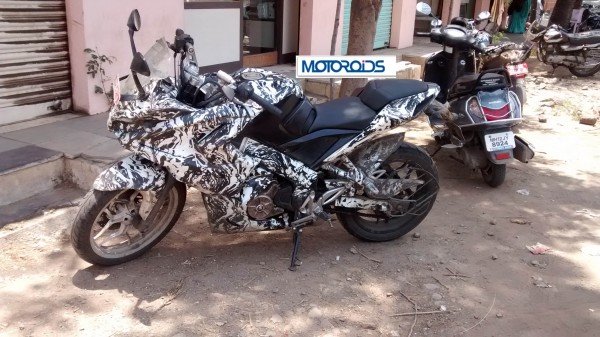 Both the companies, Bajaj & KTM, are mum about the launch dates of their bikes as of yet and there have been various reports which point out to confusing time frames. According to what we know, Pulsar 200SS and RC390 will be launched in the market the earliest, within a few months from now.