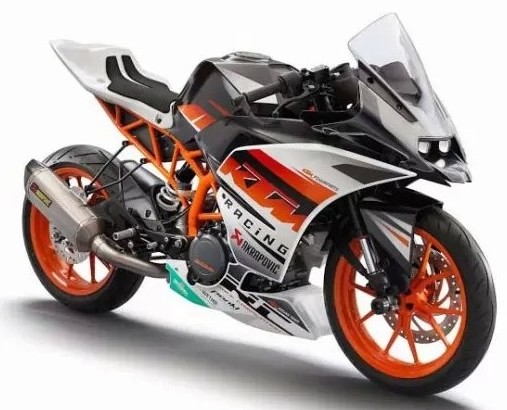 We are just 7 days away from the launch of the most anticipated bike of recent times – the KTM RC 390 and in a slightly smaller proportions the smaller RC200. KTM understands the hype that has already built up and has released two videos to further serve as appetizers (as if we needed any!) for the main course being served on the 9th of September.

The first (above) is an action video where you can see the RC 390 first taking curves in full glory on mountain roads before entering its natural habitat – a racetrack. The quarter-to-two-minute video will have you asking for more, but you may want to hold your horses at this point in time and check out the second video, which has been titled as “KTM RC 390 Features and Benefits”.

The four-and-a-half-minute video has the British motorsports commentator Toby Moody talking about how the RC 390 imbibes everything about KTM’s Ready to Race philosophy. He also tells us that the ‘RC’ prefix stands for “Race Competition” and that the RC 390 is already racing in the ADAC Junior Cup in Germany.

The video also shows the bike’s LED day time running lights and also those turn indicators that have been integrated onto the rear-view mirror stalks in the interest of better aerodynamics. Watch the video to hear Moody talk about more on how the concept of RC motorcycles came into existence at KTM, among other interesting tidbits…