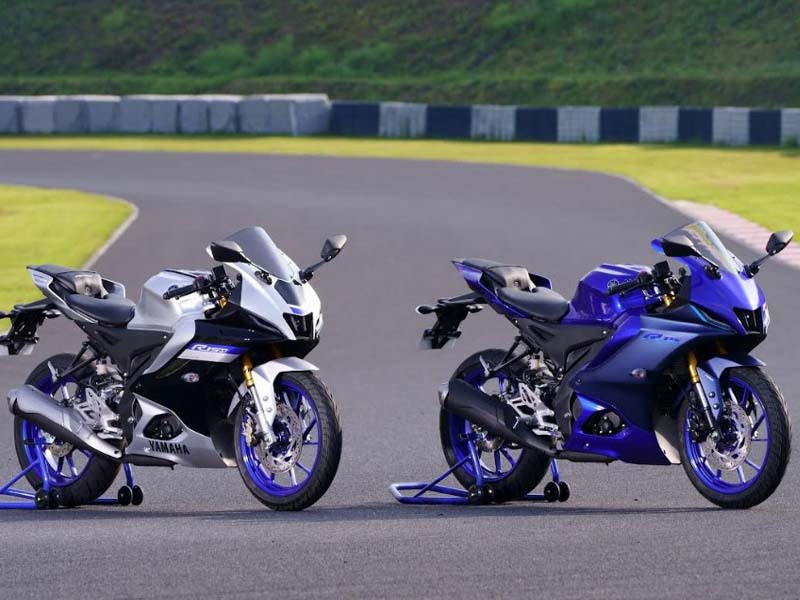 We list the five R15M vs R15 v4 differences in this story. The R15M is the more premium model in this range and packs additional ammo…

In this write-up, let us highlight the differences between the all-new Yamaha YZF-R15 V4 and the R15M that were launched few days back.

We saw the Jap introducing some first-in-segment features on its version 4 of R15 – many of which are not available even in slightly bigger bikes.

While the powertrain of these two versions is the same but feature-wise R15M gets a few extra add-ons as compared to the standard model.

The ‘M’ branding on Yamaha’s R motorcycles signifies that they are sportier versions and pack more oomph than the standard models – just like the road-legal liter class R1M and to an extent the Yamaha factory racing machine YZR-M1 used in the MotoGP.

The R15 V4 is available in three colors – Racing Blue, Dark Knight, and Metallic Red. However, the R15M comes in Metallic Grey and there is a black colored special MotoGP edition as well.

On the other hand, the R15M comes between INR 1.78 Lac and INR 1.80 Lac. This means that the special M edition costs INR 10,000 over the standard variants (on the staring prices). All the prices mentioned here are ex-showroom Delhi tags.

Rest of the features like the new styling, projector headlamp, LED eyelid-DRLs, upside down front forks, dual channel ABS, etc are common to all the variants.