Vishal has submitted this review in our Ownership Review Contest No 13, ensuring himself an assured prize. The contest also offers a chance to win Riding Jacket, Helmet and more.. You can submit your review to us as well. Here are all the details.

I am Vishal Kadam and I am working in IT from past 3 years. I’ve been a rider for well over 9 years now, starting with my dad’s Kawasaki Bajaj 4s champion. When I got admission in engineering, dad gifted me a Hero Honda Ambition 135, which I rode thousands of kilometres over most of west India. 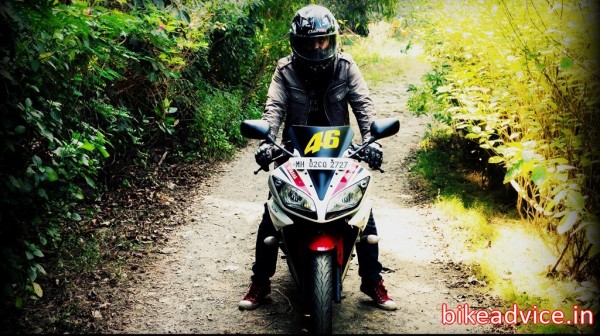 The first time I saw Yamaha R15 was in 2008, that time I was in 2nd year of my Computer engineering. It was then that I decided to own that bike some day, when I will complete my engineering and get a good job.

Days went by, I had completed my engineering and got a job in a reputed IT company. I was itching to upgrade my bike from Hero Honda Ambition 135 to something bigger. I really wanted to go for my dream, but the cost was like a steel wall between me and the R15. I thought I could wait, save more money, but impatience got the better of me and I finally fell for a Pulsar 180. I rode the Pulsar over 25,000 Kms, had lots of memorable rides, but my heart still wished for the faired beauty from Yamaha.

Then a perfect 1 year after, in September, Yamaha launched Yamaha R15 version 2.0. How do I know the month? Because it was in September that I completed 1 year in IT, and celebrated my Pulsar’s first birthday too. 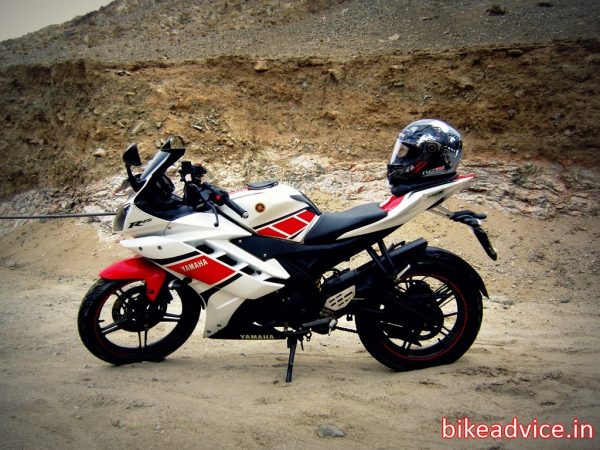 When I saw that bike, my jaws dropped to the floor! At that time, only Pulsars were considered to be “sporty”, so you can imagine what a furore the R15 V2 caused, with its curved lines, sexy shape and awesome riding position, taken straight from the R6. Even now, it wasn’t the most affordable thing in India, and would have set me back by 1.30 lacs. But I had made up my mind to not settle for anything less.

I started saving like my life depended on it. Pizza Hut was replaced by VadaPavs, designer clothes with Fashion Street, and cinema tickets were replaced with torrent downloads. Everyone asked me to go for a second hand car, but only I knew what I wanted and WHY I wanted it. So finally, after fighting the world, my parents and my girlfriend, I finally bought a spanking new R15 V2.0 Limited Edition on 24th March 2012. 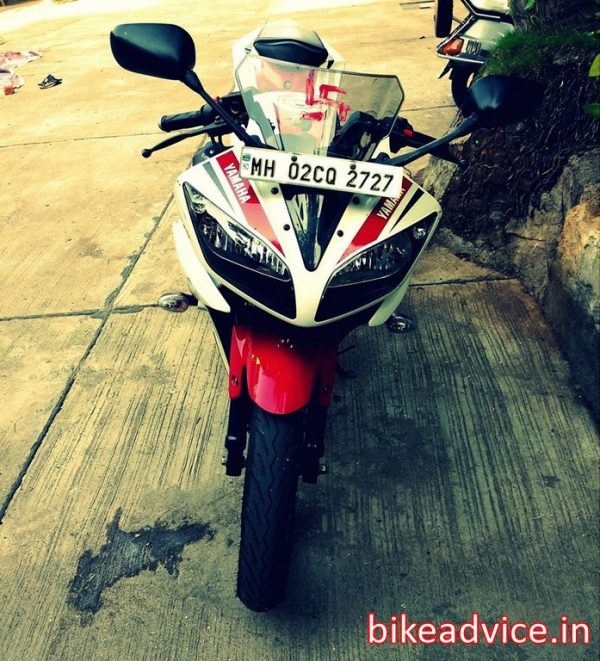 That was when reality hit me in the face with a baseball bat.

The riding position was too harsh, my wrists, shoulders, pretty much the whole body ached like I was beaten up by some goons. The initial few days were nothing less than Punjab Police torture, but I finally tamed the bull and settled into a nice shape. That’s when the bike started rewarding me, providing the best handling experience I ever had. It swooshed me through corners with such incredible speed and agility that I could do nothing but smile. 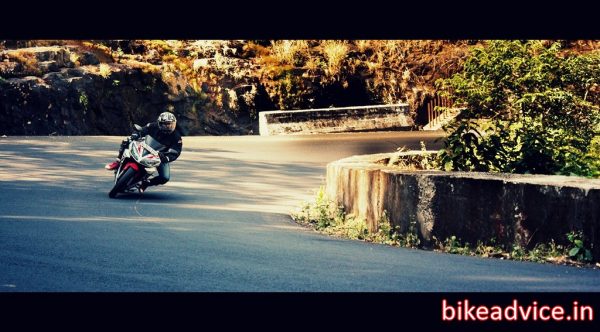 Many people feel that it is only a 150cc bike, so they tend to compare it with a Pulsar 150 or something similar. These guys fail to understand that 125cc bikes are also raced in MotoGP, it is not about the capacity, but how it is tuned. The Yamaha R15 is an awesome machine, that is tuned to maximise rider pleasure. It was made with one sole purpose in mind, to be the best 150cc machine on the planet.

Sure it is a bit difficult to push through traffic, the fixed fairing takes some time getting used to, so does the high revv action. But once you get a straight section of road, the bike changes modes quicker than politicians change faces. Push the engine over 7,000 RPM and you get a gigantic push coupled with a sweet sound of approval. This thing is meant to revved, and revved hard! 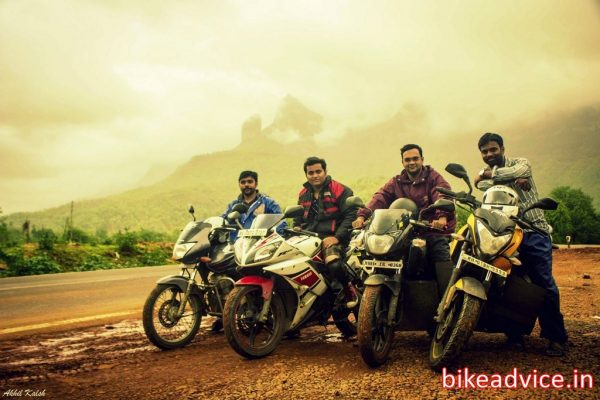 I took this beauty to a lot of places all over entire India. But then I had to do that one ride that every rider must! Plans were made and dropped, bookings made and cancelled, discussions heated up and crashed. After all was said and done, I and a friend of mine decided we will conquer Ladakh, no matter what.

When I told my idea to some of my friends, these are the ways they reacted:

So, yeah, what can you do? I told my parents I am invited to a fictitious Punjabi wedding in Delhi and I will come back in 2 weeks. Everyone knows Punjabi weddings go on for months at a stretch, so my parents didn’t even bat an eyelid. Great success!
Then was the most important task of all, asking my Project Manager for leaves. If you are in IT, you know how hard it is.

Surprisingly, my PM actually sounded excited about the trip and readily gave me permission! When people say fortune favours the brave, they aren’t lying, trust me. 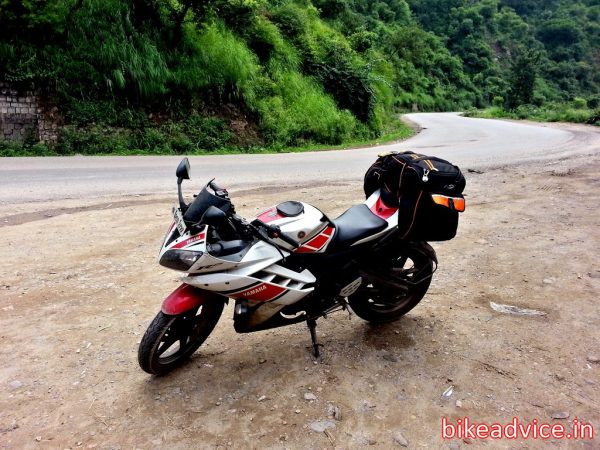 With teary eyes and a heavy heart, I pushed my bike into the Rajdhani to Delhi. Full faired bikes are delicate, and I was worried about it getting damaged during the train ride. But luck favoured me here too and we took our bikes at Delhi without much fuss.

Onwards with the ride! 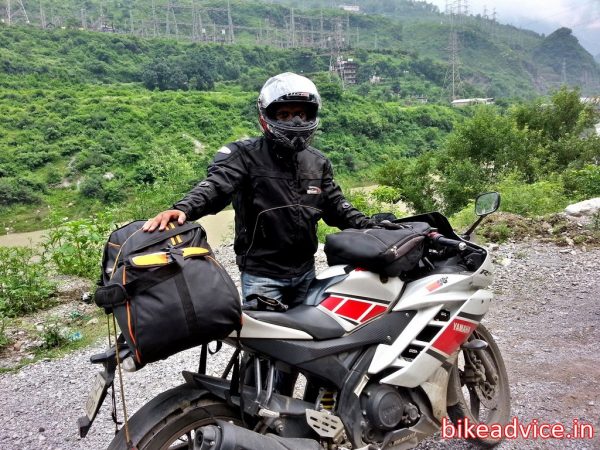 The Delhi Chandigarh section was pure madness, with speeds never coming below triple digits. This is the type of tarmac the R15 loves, and she loved it good. After a night’s rest we started towards Manali and things suddenly became bleak and broken. The black asphalt gave way to brown mud, tiny streets and heavy traffic. By the time we reached Manali, things were looking less positive than they should have been. 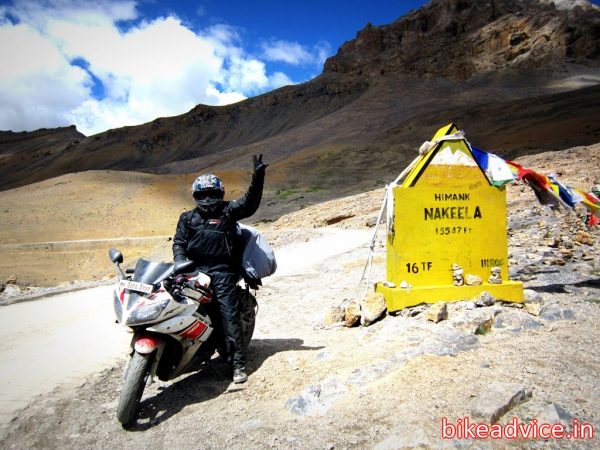 Next day started the real test of both man and machine. We started really early from Manali to beat the traffic and pushed as we could. The bike behaved exceedingly well through slush, rocks, waterfalls, trenches, tunnels, bridges and mountain passes. We had thought of stopping at Jispa, but we felt so comfortable that we carried on and almost reached the halfway point in one day! We set camp at Bharatpur for the night, with chilly winds, ice cold rain and frozen floor as our friends. 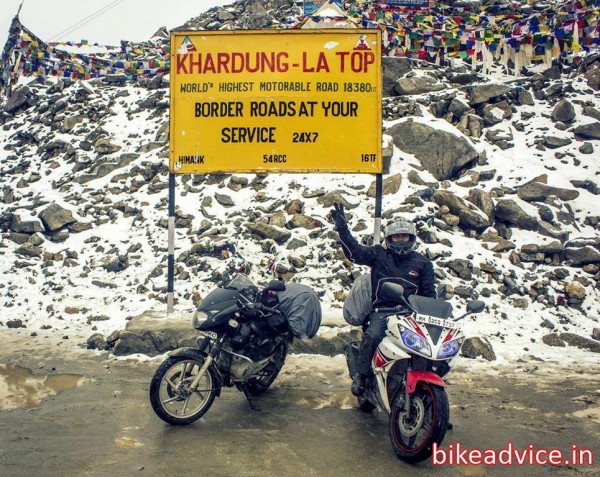 The good feelings continued from then onwards, as we reached Leh the very next day. Pangonglake and Nubra valley were conquered with the same easy, except the treacherous Khardung La pass, which gave us quite a scare with heavy rains, hail and snowfall. We came back via Srignagar, completing the Leh to Srinagar route in a single day, even with heavy slush at Sonamarg. 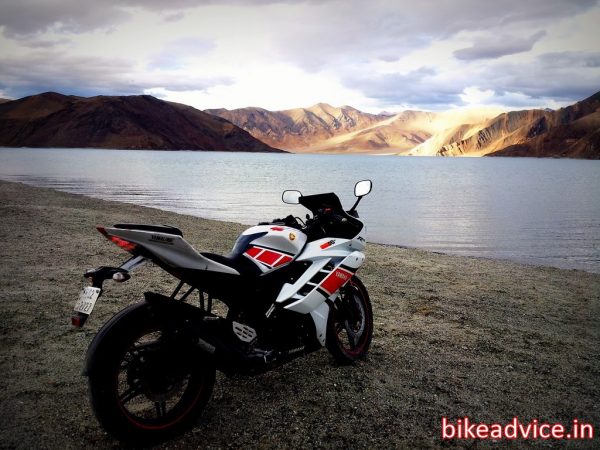 We reached back Mumbai after putting in the bikes on a train from Jammu. Now it was time for me to laugh in the faces of all the people who thought I couldn’t do this ride on an R15! 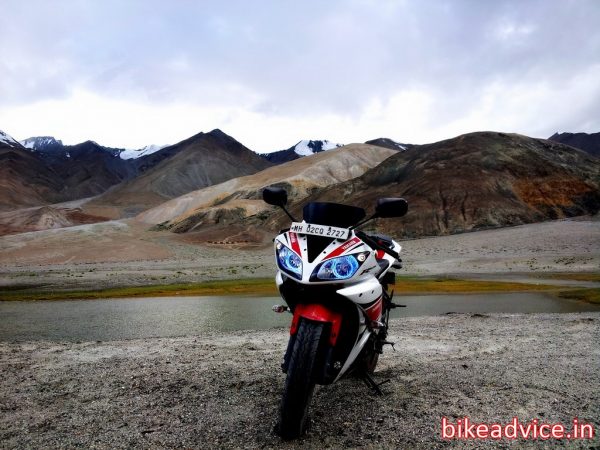 Yes, the R15 isn’t the best bike for such dangerous conditions, but it is a reliable machine that will do whatever you ask it for.

Some random facts about my R15: 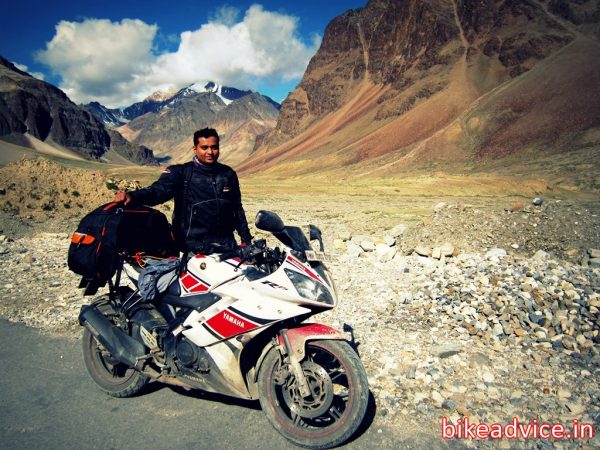 Many people ask me about the sound my bike makes, very different from the stock machine. It is because of the K&N 1100 universal air filter people. It hasn’t affected my mileage much, has given a big boost to its acceleration and the sound is truly charismatic. Highly recommended as a simple modification. 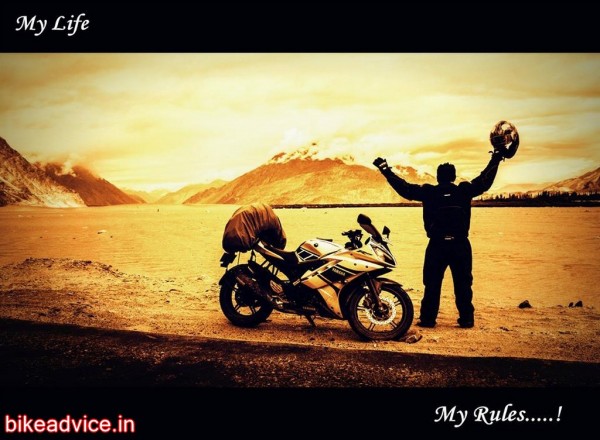 There you have it, my tryst with a white-red limited edition Yamaha R15 V2.0. Got my crosshairs set for the R25 now, come on Yamaha! Bring us that beast soon. Till then, it’s me and my bike signing off.