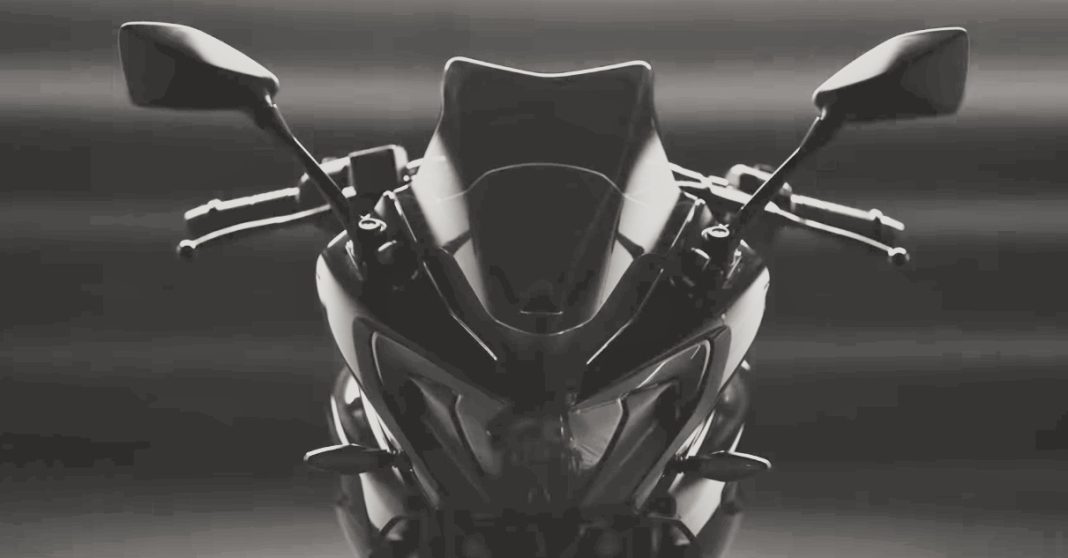 Pulsar 250 and Pulsar 250F launch has been scheduled for 28th Oct. The new teaser reveals few new bits about the upcoming models…

We are just a few days (or let us now start counting in hours) away from the launch of what is being promoted as the ‘Biggest Pulsar Ever’!

Capacitywise Pulsar 220 has been holding on to this distinction for the last 13-14 years and after almost one and a half decade, Bajaj will grow the brand with what everyone believes to be the Pulsar 250.

Ahead of the motorcycle’s launch Bajaj has dropped yet another teaser of the semi-faired version which is likely to be called as Pulsar 250F.

We know that there will be two variants on offer – one semi-faired and other streetfighter. The teaser highlights that new-gen Pulsars will come with monoshock absorbers at the rear, LED headlamps (which remind us of the Pulsar Adventure Sports) along with a loud exhaust.

Bajaj doesn’t shy away from promoting it against the Pulsar 220 by running a tag – ‘Faster than the Fastest India’. Engine details are not known but the new Pulsar 250 will come equipped with an air/oil cooled engine (and not a liquid cooled motor). Power and torque outputs of around 24 PS and 20 Nm.

These may not seem to be very high figures against the existing Pulsar 200s but if you look closely, the new Pulsar 250s are being promoted as newer-gen models against the oldest-gen Pulsars (150, 180, 220, etc) and not against the technically sound NS and RS.

We are not sure how will Bajaj treat this duo in the days to come but the idea of the bigger Pulsars with muted specs (but with competitive numbers in the segment) is to keep costs under check. In fact, despite being bigger in size, there are all the chances of the quarter liter models undercutting the Pulsar RS200.

Well, there are many questions that are unanswered but the wait is not very long. The New-Gen Pulsar 250 will be launched on 28 October. We will also be riding them soon…