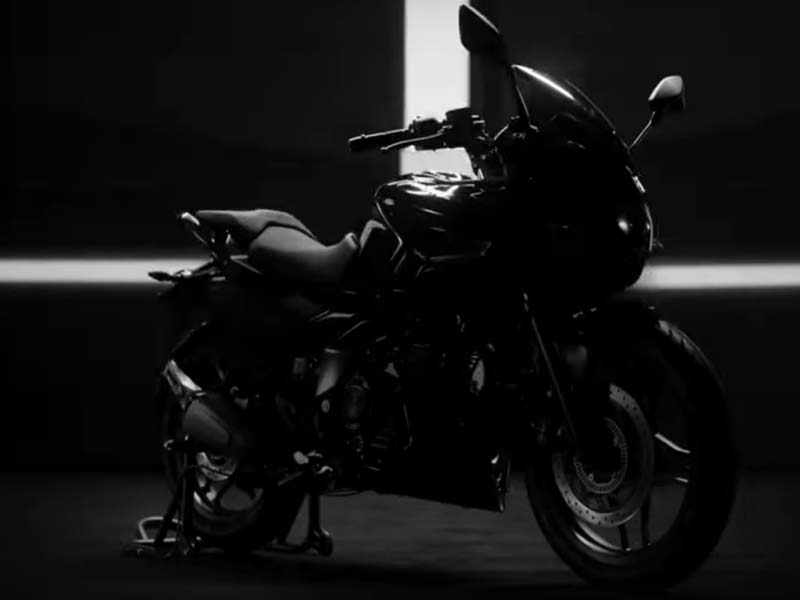 Pulsar 250 teaser video reveals the silhouette and few bits about the upcoming motorcycle. But only the faired version coming for now..?

Bajaj Auto has gone official with the all-new upcoming Pulsar 250. The automaker has dropped a cinematic teaser of the biggest Pulsar on its YouTube channel.

Bajaj Auto has also revealed through the teaser the launch date of the upcoming quarter-liter bike which is slated for 28th October 2021.

While the teaser only features the faired variant, but we do know from the previous spyshots that there will at least be another naked version on offer. If it will come along with this faired version or sometime later is not known.

As you can see the silhouette of the Pulsar 250 throws a glimpse of the semi-fairing, engine guard, split-seat which shows the pillion seat slightly raised. There are subtle hints of the Pulsar 220 as well as the NS series on this one.

The near-250cc engine will probably come equipped with a 6-speed manual transmission along with a power output of around 24 PS. It has been established that it will not be a liquid cooled engine and Bajaj has opted for a simpler lay-out to keep it cost-competitive.

This new Pulsar 250 will probably incorporate a fully digital instrument panel. There is a centrally located projector headlamp with LED DRLs. It will come with telescopic fork at the front and monoshock suspension at the rear.

Since Bajaj has not gone overbored with tech, we believe this will be a neatly priced Pulsar. However, the exact specs, features and the strategy will only be known upon launch. 28 October will also clear the fate of the high-tech NS/RS range.

You can check out the complete teaser video here