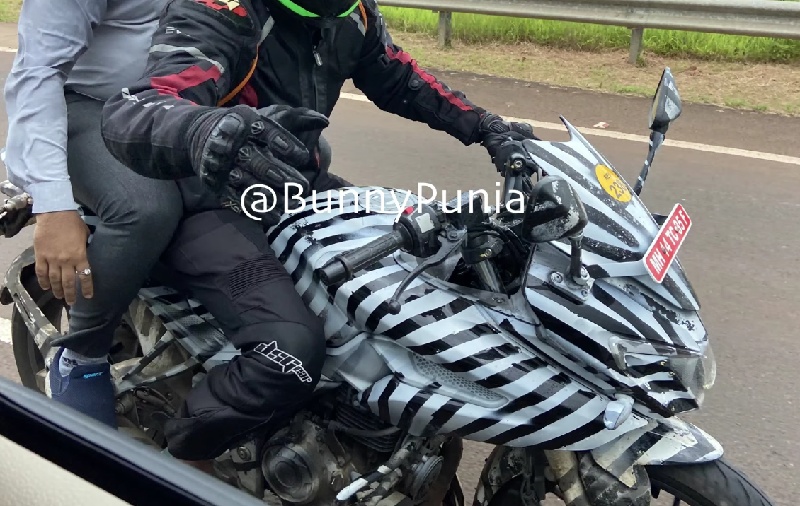 A YouTuber has captured some up-close footage of the upcoming Pulsar 250 series doing test runs on the Indian roads.

We already have seen various spy images from the last few months which revealed a lot about the Bajaj’s upcoming quarter-liter sports bikes.

Both Pulsar 250 and its faired version Pulsar 250F were spied on the highway. The faired version, specially, appeared to be fairly big in size with a nice road presence. Bajaj has also worked on the exhaust note – it sounded pretty nice in the initial part of the video.

At one instance, the streetfighter Pulsar was doing around 130 kph quite easily, just to speed away from the camera probably. This was validated by the speedometer in the car which was capturing the motorcycles.

This is good news considering the fact that the 250s will be the biggest Pulsars ever and performance should not be a let down.

There are already speculations that Pulsar 250 may come with Variable Valve Actuation (VVA) technology. Rajiv Bajaj has already confirmed that the company is working on bigger Pulsars and they will be launched around the anniversary of the Pulsar brand.

Here is the video