Pulsar, the most successful performance motorcycle brand of the last decade, now aims to rule this decade with the launch of next generation Pulsar “Pulsar 200NS”. But, how Bajaj Auto will make it possible when the competition is increasing from Japanese rival like Honda and Yamaha who are the first and second largest two wheeler manufacturer in the world?

What will Bajaj Auto’s strategy in the upcoming years? Further, we also raised some questions with regards to current Pulsar series in the article of “Bajaj might discontinue the Pulsar 180 soon”. This article aims to answer all these questions. Let’s have some background before answering the above questions. 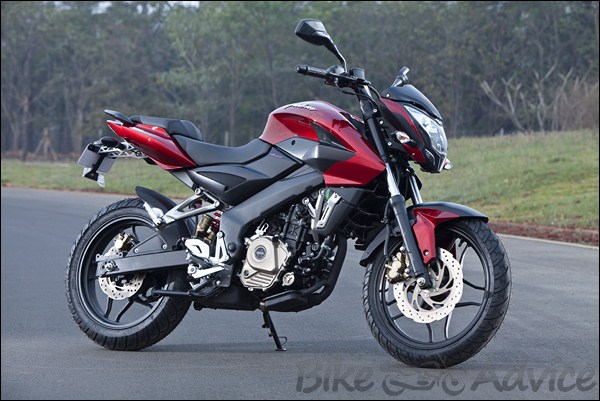 Bajaj Auto launched Pulsar in 2001 and it became an instant hit. I can recall the year 2002 when we started seeing lots of Pulsar on the road. It was catching everybody’s eye due to its muscular tank and aircraft type fuel tank which was novelty in those years. Certainly, it is the Pulsar who changed face of Bajaj Auto from scooter manufacture to motorcycle manufacturer.

Many manufactures have tried to threaten the leadership of Pulsar, but none of them succeeded till the date. Hero Motocrop (Hero Honda before) tried with CBZ*,CBZ Xtreme, Hunk and Achiever, HMSI tried with Unicorn and Unicorn Dazzler, TVS Motors tried with Fiero, Fiero F2 and Apache series, Suzuki tried with GS150R and Yamaha tried with FZ series.

However, when Yamaha launched FZ series in India, it was considered as serious threat to Bajaj Pulsar. FZ series became an instant hit and it is the only motorcycle which has done noticeable business against Bajaj Pulsar. Yamaha also launched SZ series to attract price conscious buyer in premium segment. Both series are doing good business which has made Yamaha second largest player in performance segment.

So, it’s Yamaha which is putting serious threat in premium segment for Bajaj Auto and not Honda or Hero Motocorp. In the past one year Bajaj has seen some market share loss in Premium segment due to increase competition from Yamaha. Bajaj has still maintained its leadership; however it has understood that it needs more powerful product than current generation Pulsar to fight against this Japanese rival.

Next generation Pulsar is an attempt to answer the threat raised by Japanese rival Yamaha. It is loaded with next generation technology, unique features and naked styling something for which FZ series is known for. As far as styling concern Pulsar 200NS has bettered any other naked street fighter motorcycle available in India.

Bajaj will most likely launch 350cc Pulsar in 2013. The reason we believe this because Pulsar 200NS engine is heavily based upon KTM Duke 200 engine except the engine overhead which has triple sparks and SOHC vs DOHC in Duke 200 engine. KTM has planned Duke 350 launch for 2013, similarly we will see Pulsar 350 in 2013.

Pulsar can sell for any given amount provided it satisfies its VFM package with power packed performance. In other words, if Pulsar 350cc comes in price of Rs 1.10 lacs or 1.20 lacs would you buy the same? This question will answer whether Pulsar can sell at or above Rs. one lac mark. We believe that next generation Pulsar will not cost more than Rs. one lac on road.

For the financial year 2012-13, Bajaj Auto has lined up series of launches. Bajaj Auto has understood that new products are necessary for growth and hence, we are going to see number of launches this year. We have seen KTM Duke 200 launch in January. Next generation Pulsar will hit the market in April.

A completely new commuter motorcycle is lined up for May. This could be a 125cc Discover based upon triple spark engine. I believe that Bajaj Auto will continue with current Pulsar line for this year at least and we will see changes in next financial year based upon the response of market.