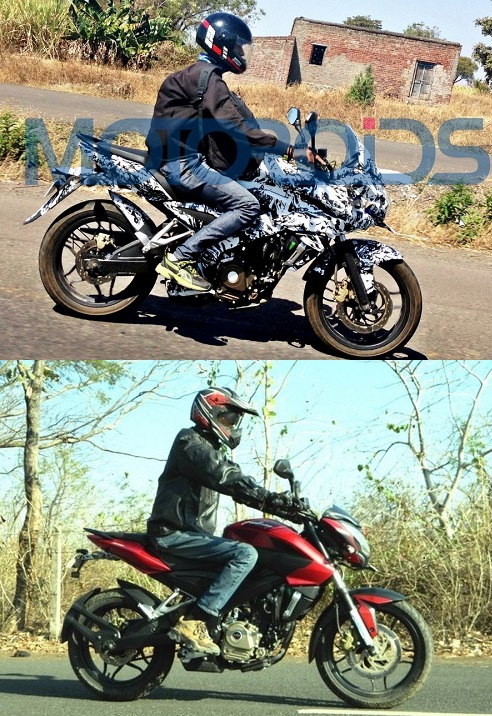 The recent surprise revelation of the Adventure Pulsar 200AS has taken a lot of spotlight away from the long-awaited Supersport Pulsar 200SS! Bajaj has plans which no one can decipher at the moment. They have been concentrating on international markets and as a result their exports have improved significantly.

200AS vs 200NS: Riding Posture Comparison

However, at the same time, their domestic sales have fallen almost at a similar pace and they have been displaced by TVS for the third spot. We have lost count of how many months is Bajaj running late in launching their motorcycles in India, but whenever they will start their onslaught, the Adventure Pulsar 200AS will be an interesting addition.

A camouflaged unit of the bike has been spotted yet again by a Motoroids.com reader and various pics here reveal its road presence and riding posture. For some reason, the handlebar appears to be slightly raised for an even more upright posture than the sibling naked 200NS which, if true, will be a boon for long distance adventure motorcyclists. 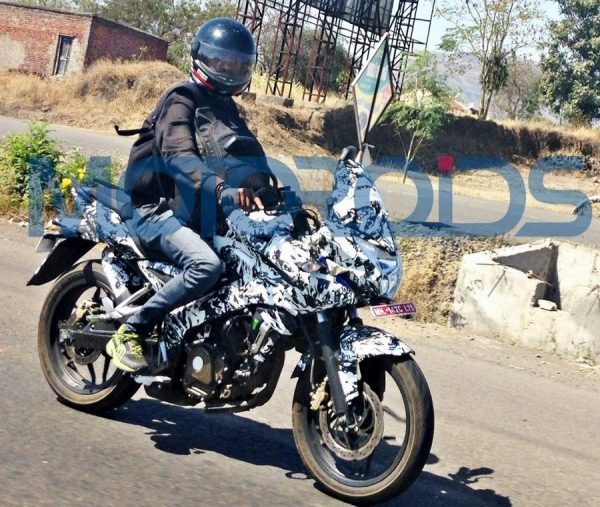 200 Adventure Sports is the semi-faired version of Pulsar 200NS and comes with minor changes. It gets a conventional mudguard and hence there is no tyre hugger. The most interesting addition is the return of projector headlamp to the Pulsar series. The front visor is also an elongated unit.

In our exclusive spy pic one of our reader shared last time (below), the test mule was running around on MRF Zapper tyres and we hope the production versions come with the same as well. 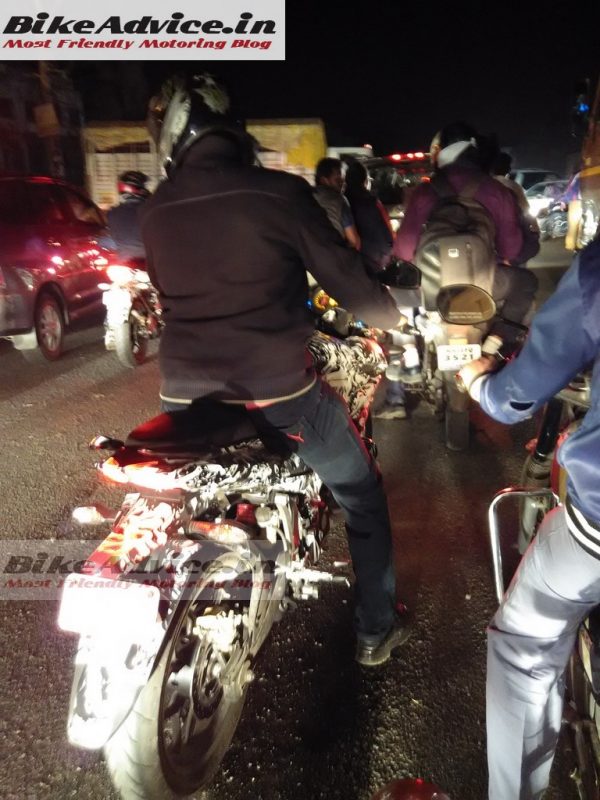 200AS with MRF tyres

The Pulsar 200AS will continue with the same 199.5cc liquid cooled motor which produces 23 bhp and 18.3Nm on the 200NS. In some of its earlier pics the fuel-knob was visible which leads us to believe that the motorcycle will continue to be carburetted and we haven’t noticed any ABS ring on any of the motorcycle pics that have surfaced so far.

But why is Bajaj testing it on the roads if it is just a minor cosmetic snap-on of the fairing? Are there any tweaks to the engine – improved torque…?