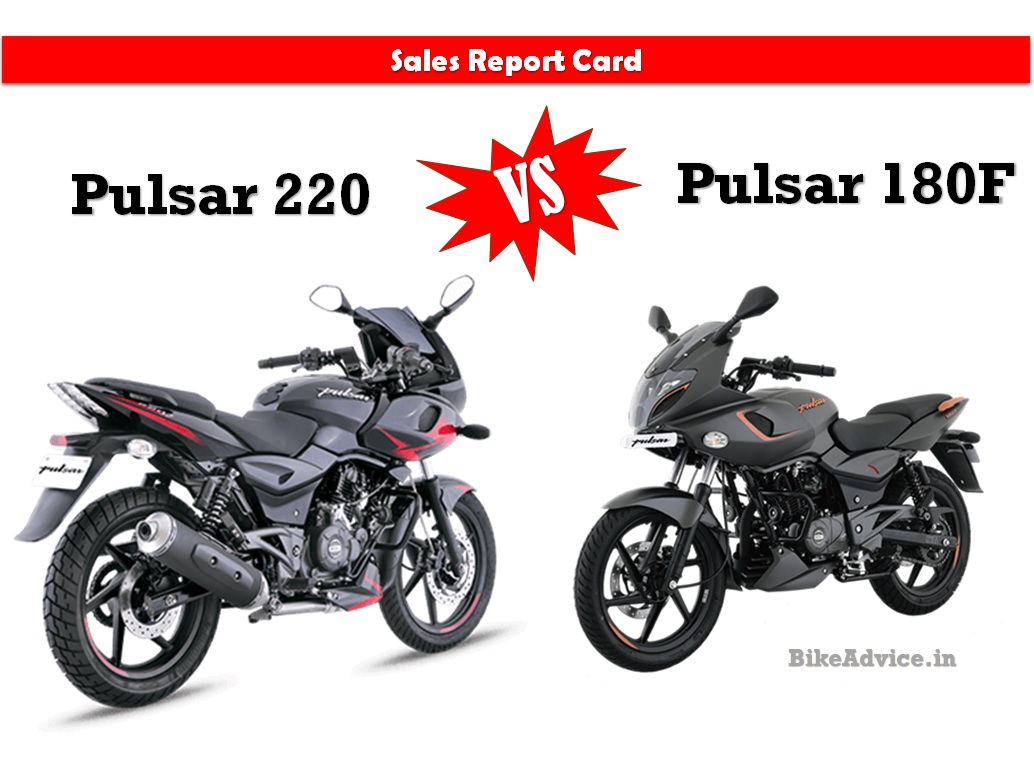 Pulsar 180F vs Pulsar 220 sales report card – Are the findings surprising for you? More importantly, will 180F be able to continue the momentum?

Bajaj took a lot of measures to re-strengthen its position in the 150-200cc segment recently and the new Pulsar 180F was a result of the same strategy. The thought was to replicate the design of the immensely successful Pulsar 220 which will – 1) lend the motorcycle a ‘big(er) bike’ look and 2) catch buyers dropping out of Pulsar 220’s net because of its increased pricing (due to ABS).

So, how much has it helped the brand? This is very difficult to know since in its monthly dispatch numbers to SIAM, Bajaj does not share modelwise figures of the Pulsar 150 and Pulsar 180 individually. However, in a recent press meet, Bajaj handed us a leaflet which had some very interesting topics to be discussed – one of them is this one – the sales of Pulsar 180F.

First, let us go through these numbers and we will quickly analyse how things have panned out…

Bajaj has already confirmed that it plans to take the complete Pulsar lineup to the upcoming BSVI regime which kicks in from April 2020. It has recently expanded the lineup with the smallest 125cc Pulsar in the range.