Abhi has submitted this review in our Ownership Review Contest No 13, ensuring himself an assured prize. The contest also offers a chance to win Riding Jacket, Helmet and more…Here are all the details.

I had shifted to a new city for my under graduation. Rented a room with a couple of friends and settled in. My college was 12km from where I lived. It wouldn’t have been much of a problem if it wasn’t out of the city where no public transport served. For a few days travelled with a friend on his Pulsar135ls. 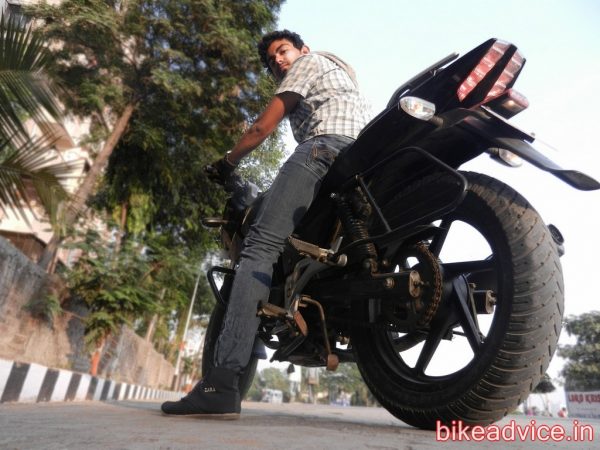 At the end of the first month I calculated his fuel costs and offered him half the amount but he bluntly refused. I dint want to travel for free and decided to look for another friend who would accept sharing fuel and take me pillion. Another week passed by and all my efforts went down the drain.

I spoke to my father about the same, what came as shocker was his immediate offer to buy me a bike. I thought I’ll buy a Pulsar 135 only because I has ridden the bike and was completely satisfied with it. I spoke to my roomies but the very same guy who owned the 135ls requested I look for a higher option. My dad had already stated a budget of 75k. 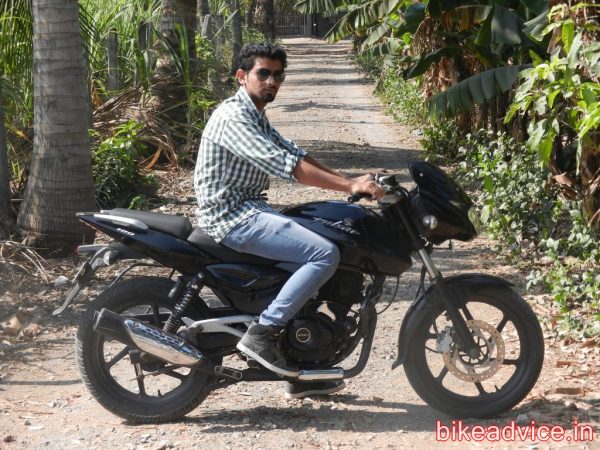 Enquired with the dealer and was happily informed of ready delivery. Paid the complete amount in cash and on 21st August, 2011 my baby came home. 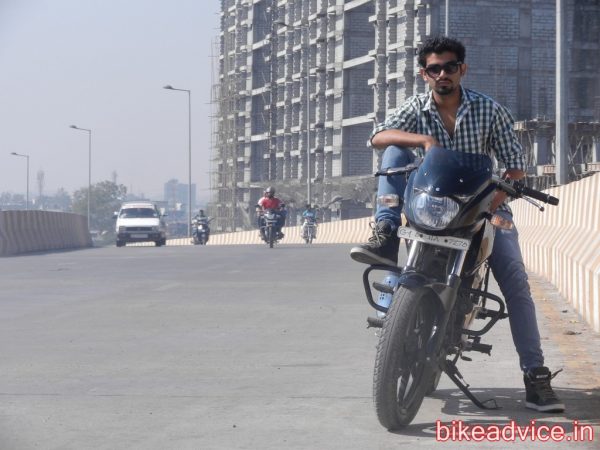 It was outrightly amazing. Although a lil heavy vis-à-vis the nimble 135ls, I was totally taken aback by the amazing torque and acceleration. Realised the brakes were better than any bike I had ridden, totally bit the bait. Took it to the temple and had a nice puja done. On reaching home all my roomies were waiting with a puja thaali for another heart felt puja from their side. I’m simple too lucky to have friends like these. 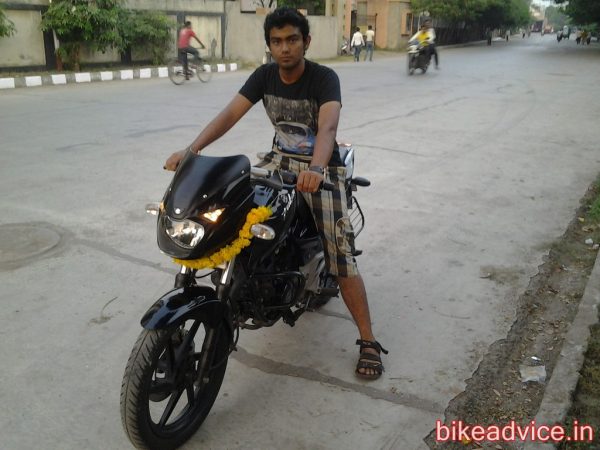 I learnt about run-in only after reading reviews on BikAdvice. But by then I had already crossed 2k kms. However, since I had followed the manual on not going too fast in the early days, the engine is pretty well run-in anyway. 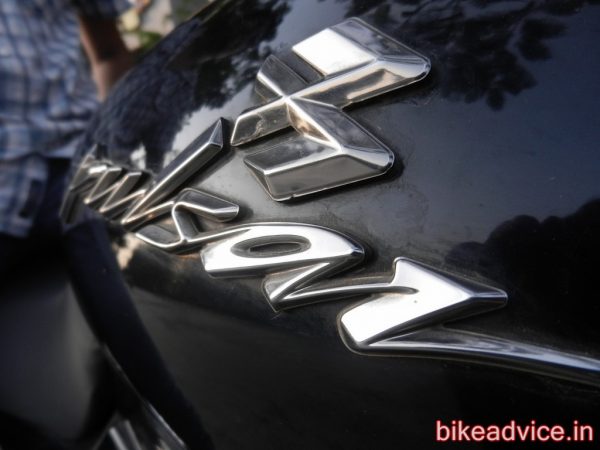 When the bike had crossed 5000kms we went out to celebrate when a friend of mine insisted he rides my bike. Big mistake. He was riding with his girlfriend as pillion and got all heated up after being challenged by a lonely loser on another Pulsar180. They raced for over a kilometer before finally crashing into a guy on a Unicorn.

He was wearing my helmet but his girlfriend wasn’t. My friend was lightly bruised but his friend was profusely bleeding on the left leg and that loser on the other P180 was knocked unconscious. We took all of them to the hospital and got medication. After being discharged from the hospital the girlfriend broke up with my friend for being such a loser as to race with another loser openly on city streets. Guess, he deserved it! My bike was a mess. Gave it to the SVC and called for insurance. 8 days and Rs 3400 later I got her back as good as knew. From then I decided not to give my bike to anyone. 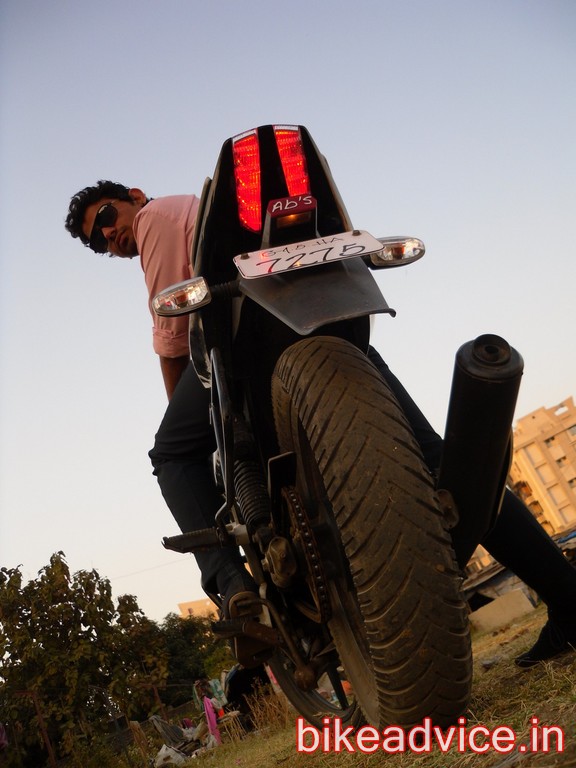 The Journey So Far..

I take my bike to college everyday. Besides the daily commuting I’ve taken it to several outing destinations thanks to my girlfriend who’s a total adventure junkie. The FE it returns is 42kmpl,which is just fantastic for a 180cc engine. It has been close to 2½ years and what a lovely journey it has been. I have always followed the services timely and got the oil and filter replaced whenever needed. 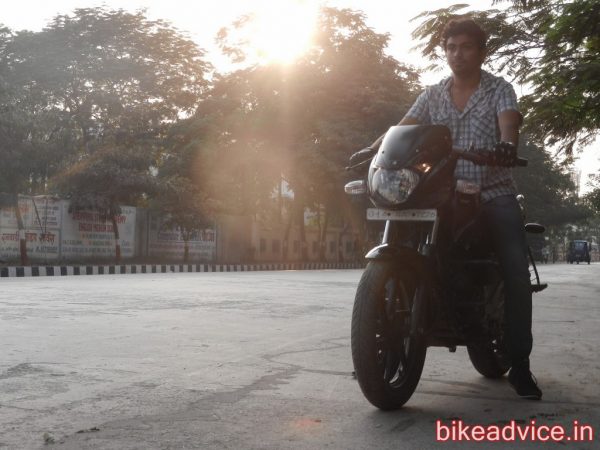 Had the chain and sprockets changed at 18k kms and the tyres at 22k. Top speed so far has been 130kmph but I’m not such topend oriented guy and believe in safe riding. At the time of writing this review I clocked 25010kms and every one of that number has been a journey to cherish.

I am really happy with the decision that I made and am thankful to God for keeping me safe to ride my bike another time.
Thanks for reading my short review. Have a nice day.