Hi readers! The electric two wheeler market is considered very good as their demand has increased over time. Well, there is a bad news for all the electric bike lovers as they will now cost you some more money. This sudden increase in the cost of these e-scooters is because of dropping sales and the devalued rupee. Not many days have passed when a dollar would count up to 45 or even less but at present things have reversed and the value of rupee has sharply declined as against dollar. Not only against U.S currency but INR is declining against every other currency in the world. 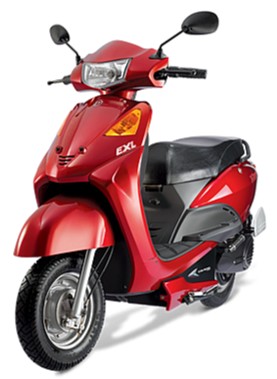 News has it that since October companies have hiked their prices by 3 to 4 % just to set off the losses from the currency fluctuations. Currently all the e bikes come in a range of 26 to 40k depending on the specifications and models. According to the “Society of manufacturers of Electric Vehicles”; sales have started falling after the prices of products were increased in October due to depreciating rupee.

The director of the “Society of manufacturers of Electric Vehicles” said that people were attracted towards these bikes because of the rising prices of the fossil fuels but as the prices have gone up due to unstable economic conditions; sales dropped. Gill said that the sales will pick up again and the e bike world will again flourish. He said that they are expecting a growth of 50 to 60 % in future years.

As far as the estimates go; 70,000 e-bikes have been sold in 2010-11 fiscal year so far. Gill said that the main concern is depreciating rupee which is impacting the prices of e bikes to rise. Most of the two wheeler makers import important parts like batteries, motors etc.

Almost 40% parts are imported and thus with weakening rupee prices of e bikes tend to rise. He further said that the companies aren’t passing the entire burden on to consumers as they want the demand to be intact. Gill, who is also the Chief Executive officer of Hero Electric, said that the margins of e bike makers have sharply declined on account of economic instability prevailing in the recent times. All said and done; we will have to wait and see if the economy improves or not.