Polaris – The world leader when it comes to ATVs (All Terrain Vehicles) and Off – Road vehicles has expressed interest to come up with more models for the Indian market. It is indeed very exciting to know the fact that there are such kinda vehicle makers also considering India as a market with great potential. 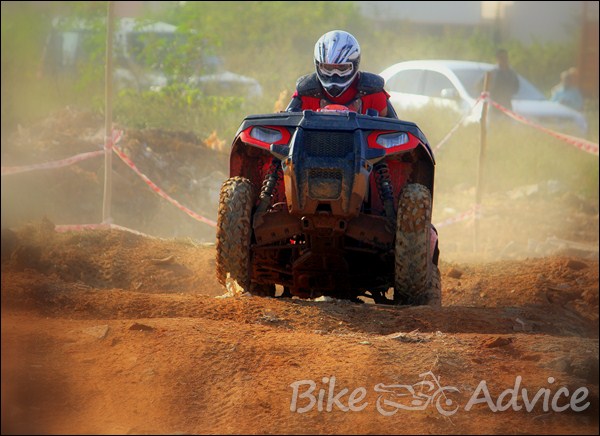 Business Line had reported that, ‘This includes vehicles from the group companies GEM, which the company had acquired from Chrysler and Indian, Mr Pankaj Dubey, Managing Director of Polaris India, part of the $2.7-billion Polaris Industries Inc, said.’

The company finds its major applications in the Defence segment and in the farm related applications as well where they are used to transport men and material from one point to the other where the other vehicles find its applications tough to implement and practice. There i9s also a great market among the off – roading enthusiast who use it for excitement purposes. All this has made Polaris to come up with more models for the sub – continent.

However, there were no official announcements from the company’s side on what are the models that will be brought to India at this point of time or the generic specifications about the same.

Since the company stepped into the country, it has brought in about ten models here. Mr. Dubey said, “The Company has introduced about 10 models into India since launch of a subsidiary here. We are open to bringing in other models from the range depending upon what the customers want. We are evaluating the prospect of bringing in electric vehicles and heavy bikes too.”

“The vehicles are versatile and could be used in tourism centres and police departments, the latter in difficult terrains for extremist activity. We are in talks with military and paramilitary establishments and State tourism departments offering them our vehicles,” he added.

The company currently has nine dealerships in India including the one recently opened in the city of Hyderabad.