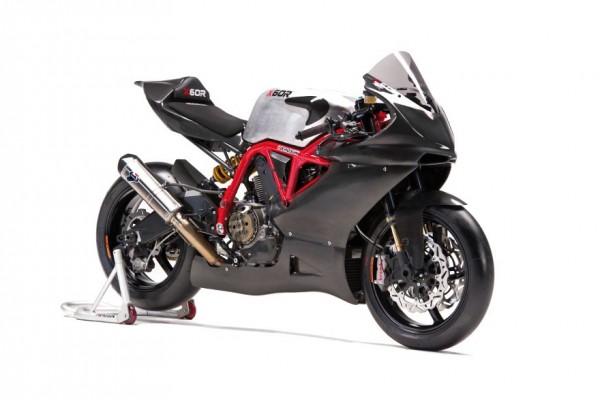 The famous Italy based motorcycle chassis builder, Pierobon has revealed their fresh update to the X60R which was first launched a year ago. The Italian firm has got close tie-ups with big titles like WSBK and MotoGP. The refreshed X60R was revealed by the firm at the 2012 EICMA Motorcycle Show on the eve of celebrating over 60 years in the field of chassis design and development. A bike coming from such an Italian firm was indeed bound to receive a lot of attention. The latest edition of the X60R is also based on the previous F042 concept and derives benefit from a host of world class MotoGP technologies.

The Pierobon X60R comes equipped with the Desmodue Evolution engine which is an air-cooled, twin cylinder unit having a displacement of 1168cc. This engine is employed in the Ducati Monster 1100 EVO. It produces 120 BHP of power and 116 NM of torque. It gets a custom built trellis frame chassis made of EN AW-7020 grade aluminum and a big aluminum swingarm at the rear. The frame actually comes in two variations- one accepting the airbox and the other especially created for the old 990 Supersport. Many have a wrong impression that the swingarm of the X60R is derived from the stock Ducati bikes, but that is totally false. Of course, the firm has close ties with Ducati over many years, so much so that the design of the X60R was based on Ducati’s Borgo Panigale!

Other attractive features of the bike include the Termignoni exhaust, Pirelli Diablo Superbike PRO tires, AIM digital instrumentation and fuel injection ECU. At the front the bike gets RT Racing upside-down fork suspension while at the rear links to a 235 DU damper Öhlins cantilever shock.  The firm says that the bodywork has been designed in a very aerodynamic way, especially the front section of the engine that efficiently conveys the air flow to the engine. Additionally air ducts have been carefully design to allow for the maximum air delivery to the pressurized airbox. And at last comes the best part about the motorcycle – Pierbon allows its customers to order the complete motorcycle or just the kit, which – in combination with other components – would allow you to assemble your own bike by yourself! What more can one motorcycle enthusiast wish for! 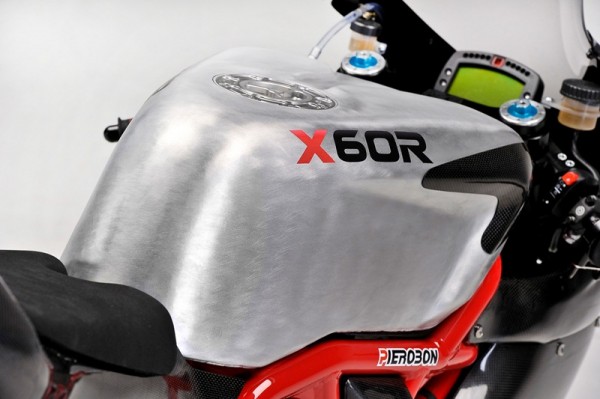 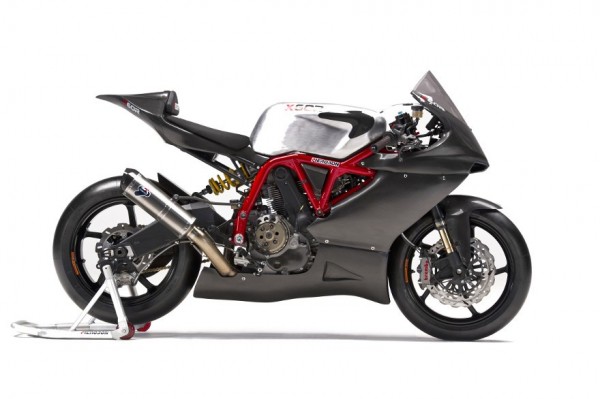