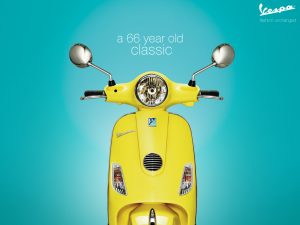 Piaggio’s much awaited scooter Vespa has finally hit the showrooms. The company has launched its scooter at a price of 66,000 ex-showroom in Mumbai.  Piaggio has priced Vespa at a premium of 40% compared to other brands like Activa and Access 125. The company wants to target life style conscious youngsters with the launch of Vespa. The company also aims to sell around 10,000-15,000 units initially.

Piaggio Vespa is actually marketed as Vespa LX125 in Europe. However, the company has just put Vespa brand name in India. Vespa is 125cc scooter which can generate maximum power of 10 bhp and maximum torque of 10.6 Nm. It gives very high fuel efficiency of 60Km/L in actual driving condition. Beside this it is most stylish scooter among the all scooters available in India. It is also to be noted that Vespa has made its mark in more than 200 Hollywood movies. 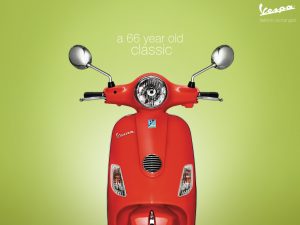 Ravi Chopra, Vehicles Chairman and Managing Director at Piaggio said “Right now there is no premium segment in the Indian scooter market but we believe there is a significant number of brand conscious young people who would like to make a statement. Vespa is creating a premium segment by targeting those customers,”

By the pricing of Vespa, Piaggio has made clear that it is targeting only life style oriented youth. Though the scooter is advanced in terms of technology, style and fuel efficiency, it has been priced at very high premium compared to other scooters. The on-road price with accessories could be in range of Rs. 75,000-80,000. However, it will surely find its space in India given the characteristic of Vespa brand.