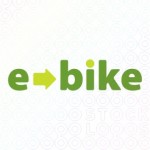 E-bike manufacturers all over India are applying every promotional move to attract the customers from every corner of the society and as a result of their promotional campaigns, customer base is rapidly increasing. Mr. Avinash Bhandar (Joint MD and CEO, Electrotherm (India)) said that the company wants to eliminate petrol from people’s psyche altogether. Electrotherm India is the company that manufacturers and sells one of the popular e-bikes called Yo-Bykes.

Mr. Bhandari further said that the company is expecting a growth of 200% in sales by March 2011 as against December 2010. No petrol bike manufacturers are hoping that these e-bikes will find many buyers as the prices of petrol are increasing day by day. Mr. Sohinder Gill (Director, Hero Electric) Said that after the next petrol price hike, consumers will definitely switch their preference towards electronic bike market.

Well, the stats speak for the affordability quotient of e-bikes. Operating an e-bike costs approx Rs 0.24 per Km as against Rs.1.30 in case of petrol. An e-bike costs somewhere between Rs.22,000-35,000 and it needs battery charging once a year which will cost around Rs.8000. There certainly has been an increase in the e-bike market after the petrol prices hike. Lets wait and see where petrol prices take us in near future.