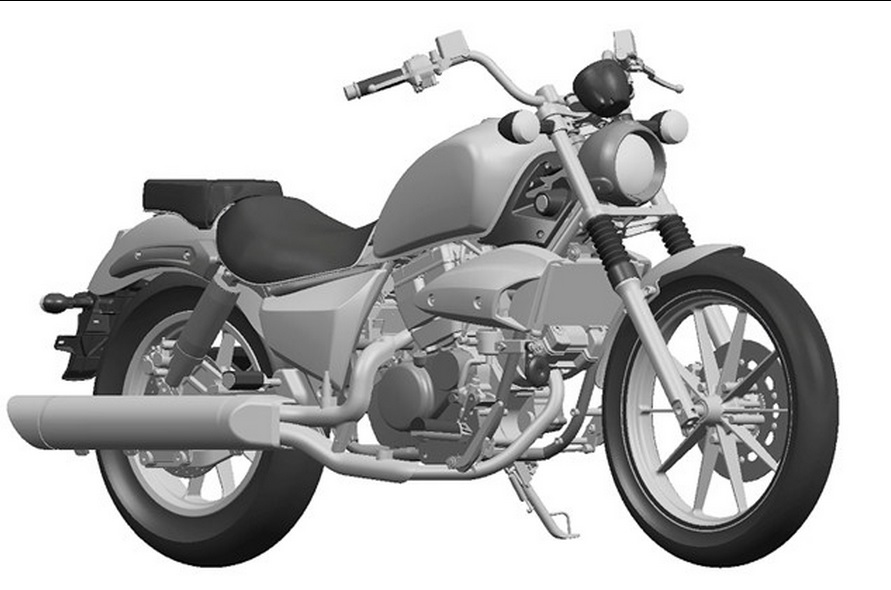 The Korean motorcycle manufacturer Hyosung is present in India with their partner DSK Motowheels. Their Aquila 250, which we recently reviewed (link to review), is India’s most affordable 2 cylinder cruiser and is an interesting option for all the cruiser lovers. The European market though is different.

As has been in the news, Hyosung has plans to revamp their complete lineup and the first product to go down the hammer seems to be the Aquila 250 which also goes by the name GV250. VisorDown has revealed a few CAD CAM images which helps in giving a good view of how the new version might turn out to be.

The twin pod instrumentation console is gone and it has been replaced by a single unit. The traditional cruiser design philosophy has been retained but it has lost some flab. The exhaust canister and the overall setup remains pretty much similar to the current model which gives us a hint that it will continue with the excess chrome!

The front wheel can be a 19 incher which is bigger than the present one. The alloys too seem to have been inspired from a certain US based brand though that might change with time. The cooling system too can be expected to be an oil based system and not a water cooled one. We also hope to see the inclusion of ABS. 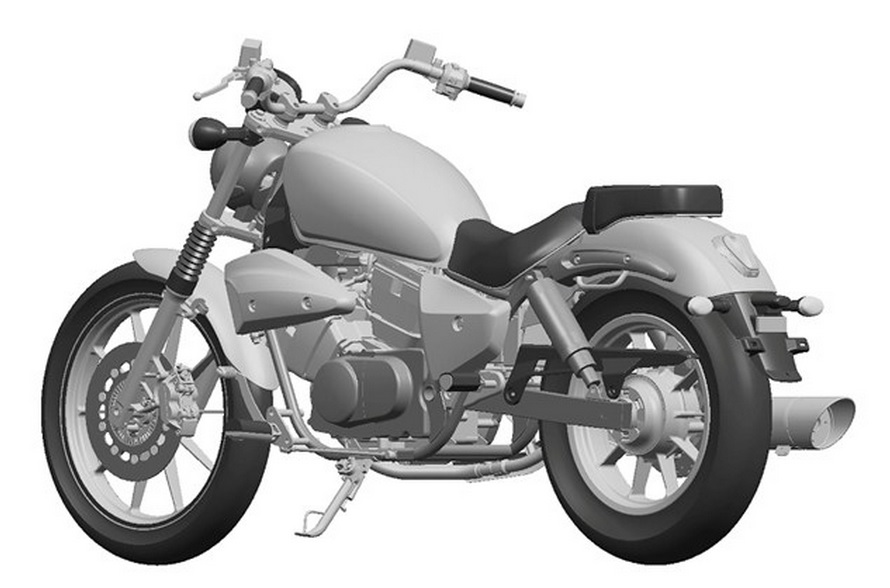 It doesn’t appear to be a comprehensive refresh but one which will keep the motorcycle fresh and ticking, at least till we have more competition in this space. DSK is expected to bring the new Aquila very soon to India after it gets officially launched internationally.