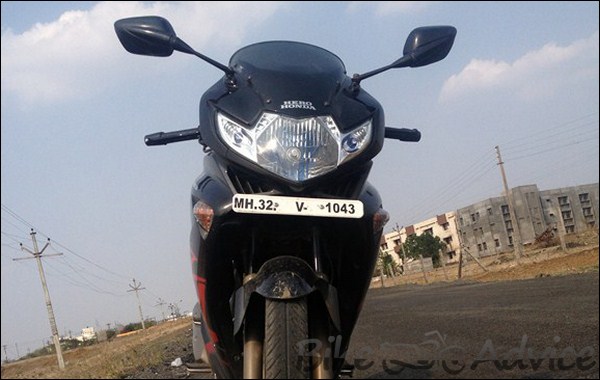 Hi everyone, my name is Hasan J and I am a medical student from Nagpur. I haven’t always been very interested in bikes as I grew up in Dubai where crazy exotics are the norm, but that all changed as soon as I arrived in Nagpur! As a student, I needed a mode of transportation that was cheap as well as quick and that’s where my passion for bikes began. 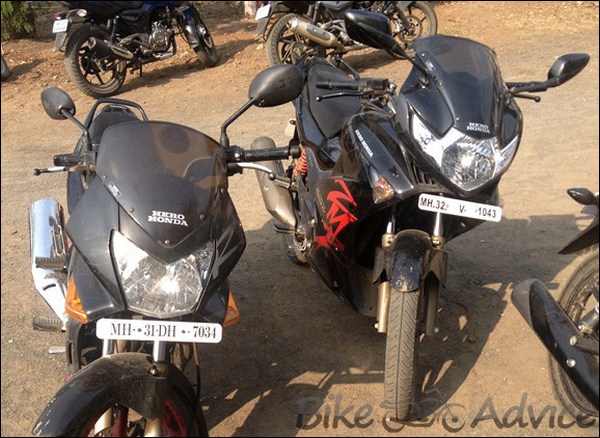 As an NRI, my parents were very keen on me buying a car but that wasn’t a feasible option due to high maintenance and trouble with traffic in the city, so after months and months of begging, I finally convinced my dad to buy me a bike and then starts the story of how I came to own my baby.

I am a 6 footer so I needed my bike to be comfortable and that it suit me also, so immediately the smaller bikes such as R15 and Pulsar 220 were out. What I was left with were the Karizma, the ZMR and the CBR 250R. The CBR was the first one off the list because I really didn’t like the styling and the 250cc displacement scared my parents almost to the point of not buying me a bike. 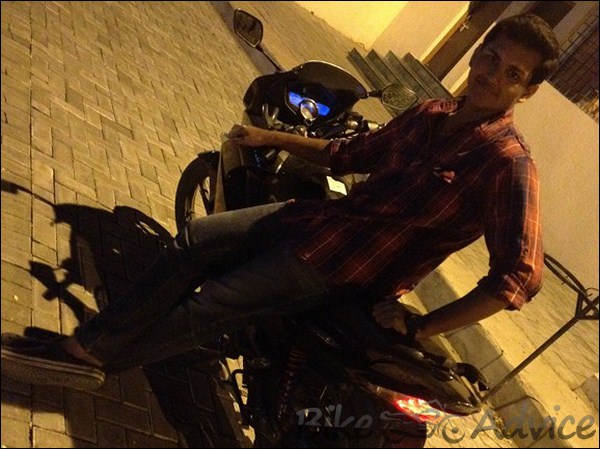 So my two options now were the Karizma and the ZMR. When I went down to the showroom to check out the bikes, I instantly was attracted to the ZMR, the bike had a much younger look and looked light years ahead of the Karizma R when parked next to each other. So soon after, I found myself asking around about the ZMR.

One of my friends in college had a white ZMR which I never paid attention to, but after being in the market to buy one, that’s all I could think about. I took his bike any opportunity I got and only after a few weeks, I was totally in love with the bike. So one long phone call to my dad later, I found out I would be getting the money for the bike in a week! 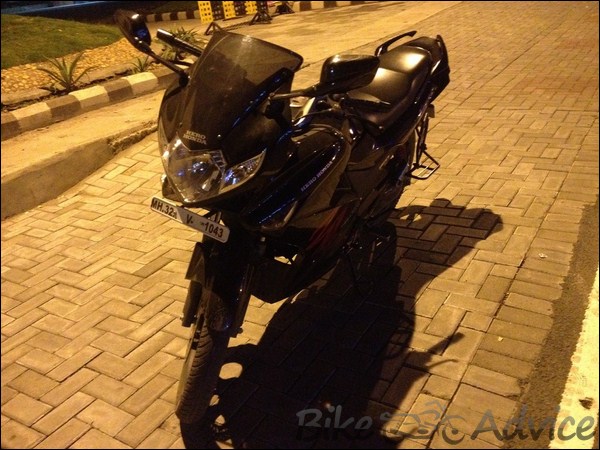 That was too long for me to wait, so I borrowed some money from a friend and went to book my baby. I was told that it would take 2 weeks for my bike to be delivered and those 2 weeks were the longest 2 weeks of my life but from the moment I took my Karizma out of the showroom, I knew I had made the best decision of my life so far.

From the moment I saw the Karizma ZMR. I was speechless to see an Indian bike that looked so good. The ZMR has a really awesome road presence due to the huge full fairing which gives the bike a mean stance. Many people are mistaken in the sense that the Karizma R and ZMR are virtually the same bike with only a few things changed.

But the ZMR features a full new side fairing, a Suzuki inspired headlight, and a very modern tail lamp consisting of LED’s which really make the bike stand out when viewed from the back. The bike also features all of the modern styling elements such as the adjustable twin mirrors, split grab rails and split seats which put the bike in the list of the best looking ones on the market. 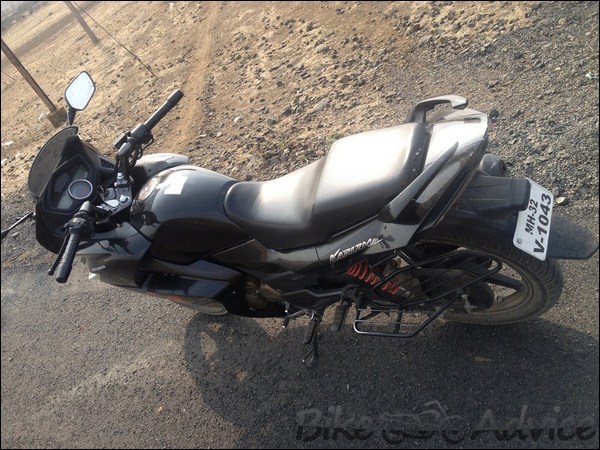 ZMR also sports one of the best paintjobs I have seen, the paint is perfectly finished, and the metallic effect is a sight to see under the sun! The black paint, in my opinion is the one that is best appreciated because the whole bike sparkles and this effect is not seen as much in the other paint schemes.

Although the front end of the bike is designed perfectly, I feel the designers got lazy regarding the rear end. The bike is very broad from the front but as you move towards the rear, the bike gets narrower until the tail lamp where it becomes broad again. This discontinuity in the design ruins what would otherwise be a flawless design.

ZMR carries over the same trusty and seemingly bulletproof engine from the Karizma R. They have not just transferred the engine over. No! that’s where most people go wrong. The engine in the ZMR has been greatly improved and now features Honda’s programmed fuel injection system (PGMFI). 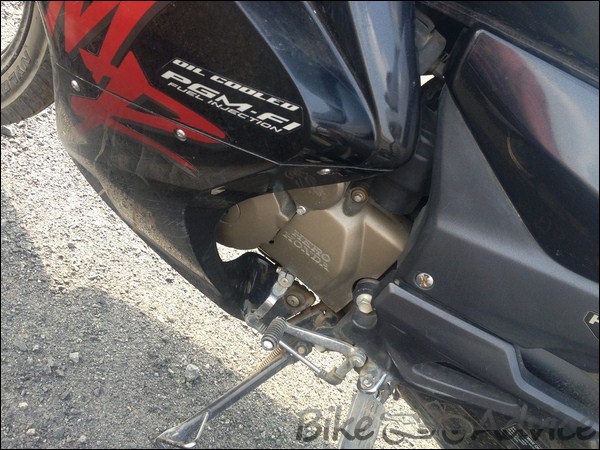 Even though the engine only produces 17.6 Bhp, with the addition of PGMFI, the whole demeanor of the engine has changed. The engine now delivers power in a smooth manner all the way up to triple digit speeds and even then it never seems to run out of juice.

There is also addition of many sensors which monitor everything from throttle input to lean angle to make sure that the engine is at optimum performance levels. The gearbox in the ZMR has 5 gears, and though most bikes have upgraded to a 6 gears, this gearbox never feels outdated and has perfectly matched ratios which allow the bike to putter around the town even in 4th gear. The addition of a 6 speed gearbox would have made the ZMR the most obvious choice for new buyers but even then this is one of the best setups in India.

My dad’s first reaction to the news that my dream bike had a massive 225cc engine was just devastating! He was stuck on the idea of a massive, gas guzzler which would return millage figures closer to 25-30 Km/pl. things may have been different if I was buying in Dubai where a litre of petrol cost as much as a bottle of water here! 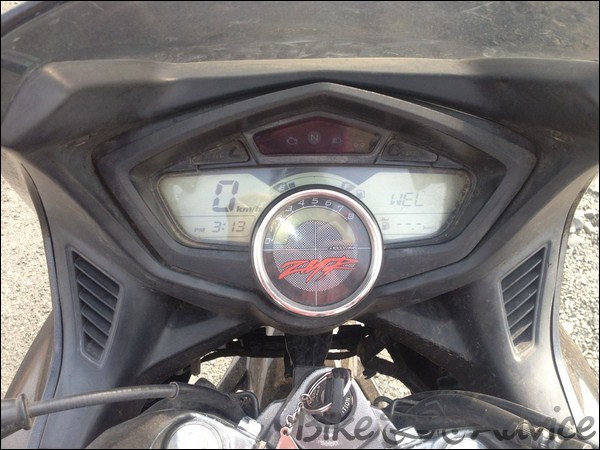 It’s true that a 225cc engine can be very gas guzzling but that’s not the case here. The ZMR has the upper hand due to the famed PGMFI system working to maximize fuel efficiency and that’s exactly what it does. My current millage is around 37-42 Km/pl which even after aggressive riding is better than many of my friends get on their Pulsars and R15’s. So as you can see my dad was way off about this beast.

The ZMR comes with inverted gas shock absorbers with GRS technology at the rear and twin shocks up front. This setup is perfectly matched to the demeanor of the rest of the bike, meaning it’s smooth and relaxing and you can get off the bike untired even after hours and hours of carving up the highway. 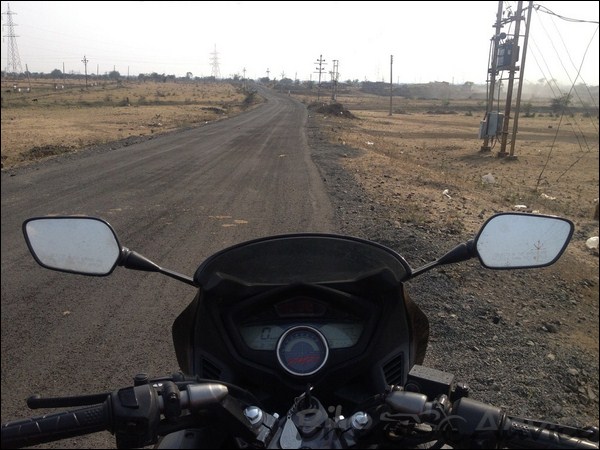 The bike handles potholes and road imperfections effortlessly and the roads around my hostel test the suspension every day. People assume that since the front of the bike is so heavy, it must handle very badly but that’s not the case at all, the bike is perfectly balanced and handles very well but after all it’s not a sports bike, it’s a tourer. 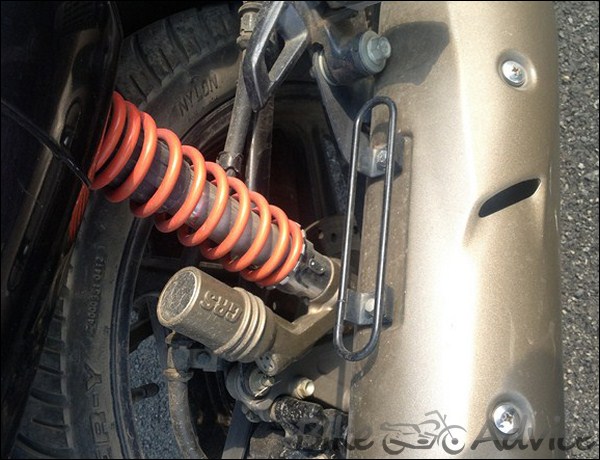 One of the things I don’t like about the bike is the fact that it has skinny tires but never once do they feel like they are not competent. The bike handles itself very well through all types of climates and I have never felt unsure while riding.

This superb handling setup is finished off by a very attractive pair astra gold plated disc brakes on both ends and they are amazing at bringing the bike to a halt from triple digit speeds without breaking a sweat.

The Karizma ZMR is one of the most technologically advanced bikes in India today. The bike has a host of sensors which optimize performance as well as look out for the safety of the rider. The bike has a tilt sensor which notices if the bike is about to fall and then automatically turns the ignition off and cuts the fuel supply. 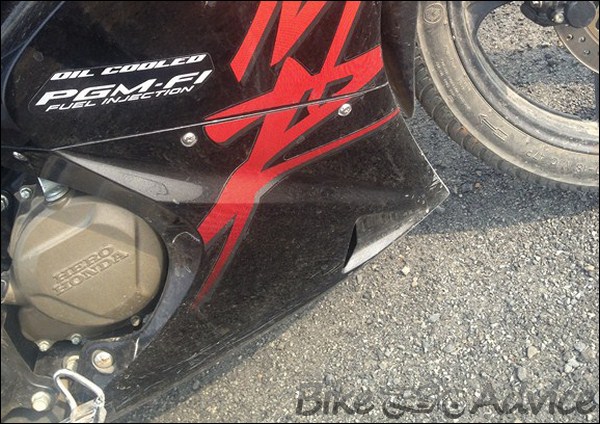 Other sensors such as engine oil and air intake temperature sensors (EOT, AIT), throttle and crank position sensors (TPS, CPS) as well as an oxygen sensor are also present to make the bike run at its best. One of the things most obvious from the moment you sit on the bike is the beautiful all-digital console.

The console features 2 trip meters, a clock, and real time millage indicator and a tachometer, but the real party piece is the personalized reading that comes on every time you switch on the ignition. Due to the presence of PGMFI, the need of a choke is eradicated and the bike starts on the first press of the ignition no matter what the weather is. 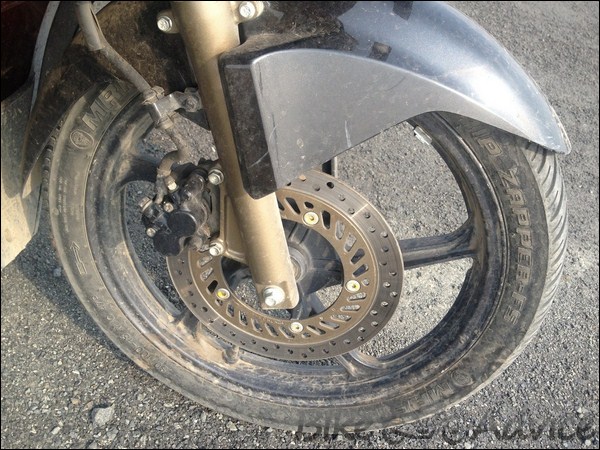 Buying the ZMR has been one of the best decisions of my life and every day I ride it, I fall even more in love with this bike. Looking back now, after almost a year of ownership, I can’t really imagine riding any other bike other than my own black beauty!