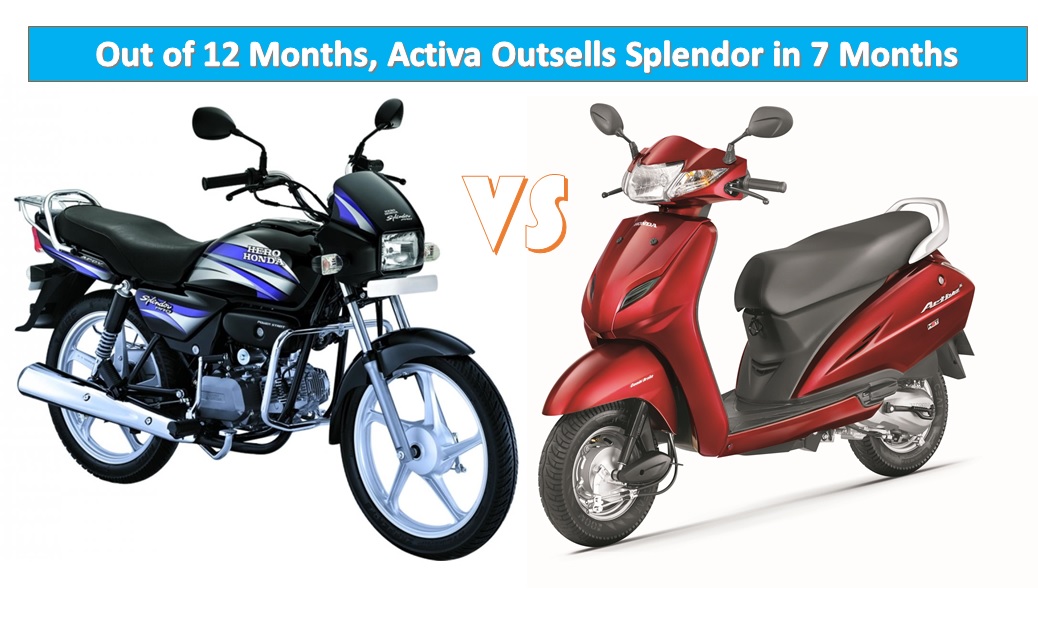 For at least the last two decades, Splendor has been the largest selling two-wheeler in India and by far! Nobody has been able to catch up but up till now! Last financial year will go down as the precursor of a possible turnaround… turnaround by a humble scooter!

The sales gap between scooters and motorcycles is still massive, but it is shrinking at a gradual pace. The growth rate for motorcycles has not just dwindled to a low single digit over the years but it also reached negative figures in the last fiscal.

Two products, Honda Activa and Hero Splendor are fighting a battle of their own. Both the products are coincidentally are the largest selling brands in the world of scooters and motorcycles respectively. Total scooter sales in the last fiscal stood at 50,31,678 units, growing by 11.79 per cent on a year on year basis. This figure for motorcycles during the same period was 1,07,00466 units shrinking by 0.24 per cent. 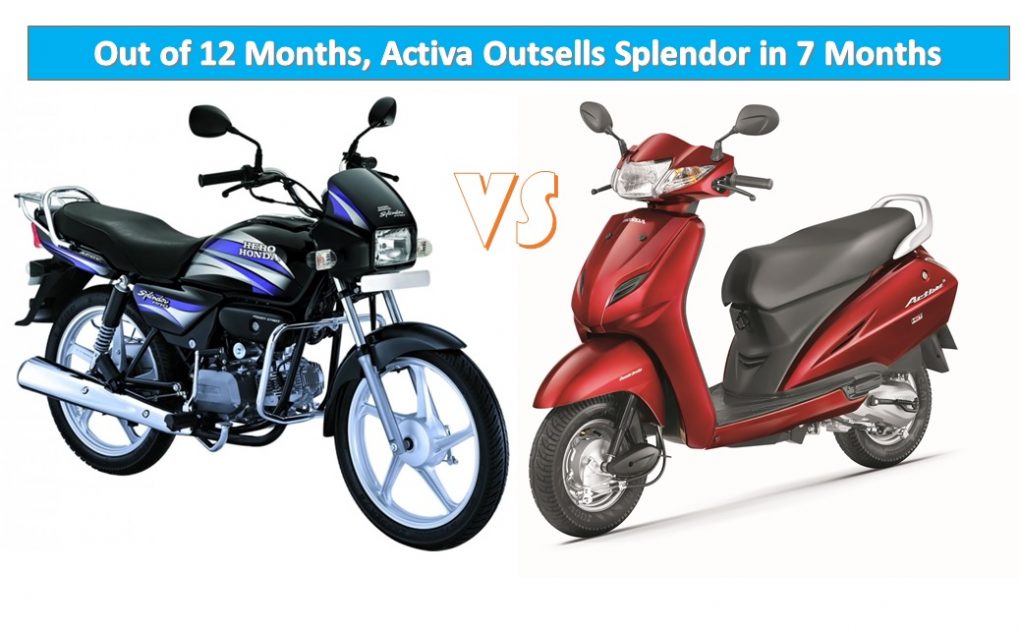 While the Splendor has traditionally been known as the largest selling two-wheeler in the country, days of its supremacy may be numbered. The gap between Splendor and Activa is down to just 19,715 units! Honda sold 24,66,350 Activas between the months of April 2015 to March 2016 while Hero managed 24,86,065 units of their Splendor during the same period.

In fact on a monthly basis Activa outsold the Splendor not once but 7 times in the last fiscal! The sales trend since January shows that the automatic scooter has been the top seller this calendar year so far. 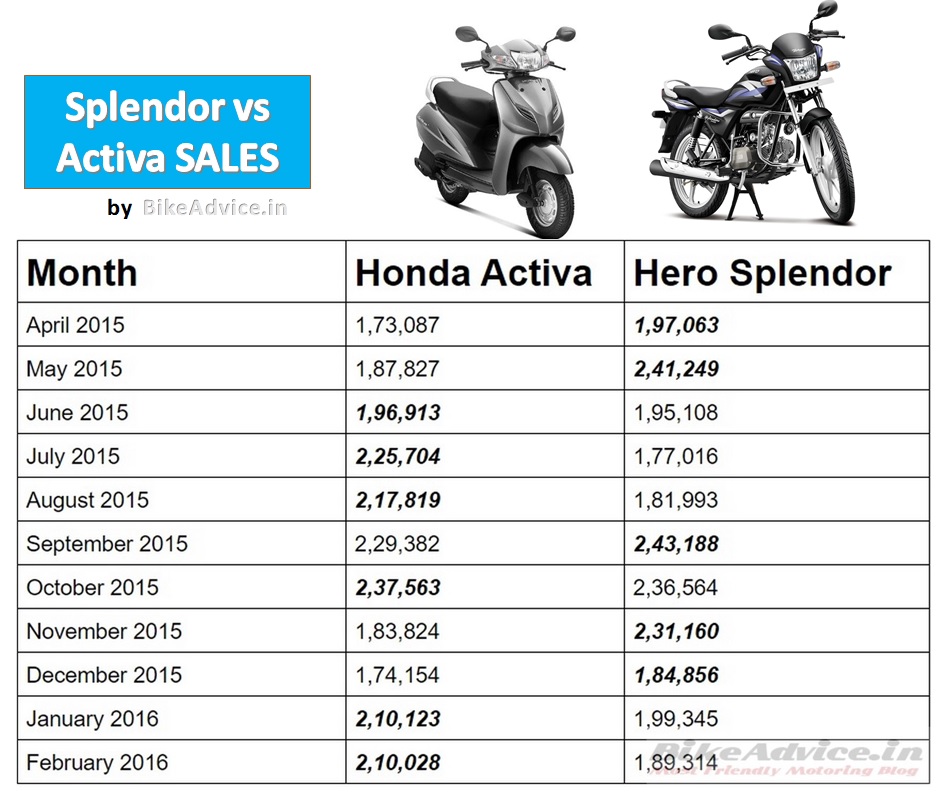 Quite clearly, Activa is trending more than Splendor and it appears that it will surpass the Hero comfortably this year. Or will the Splendor fight back?