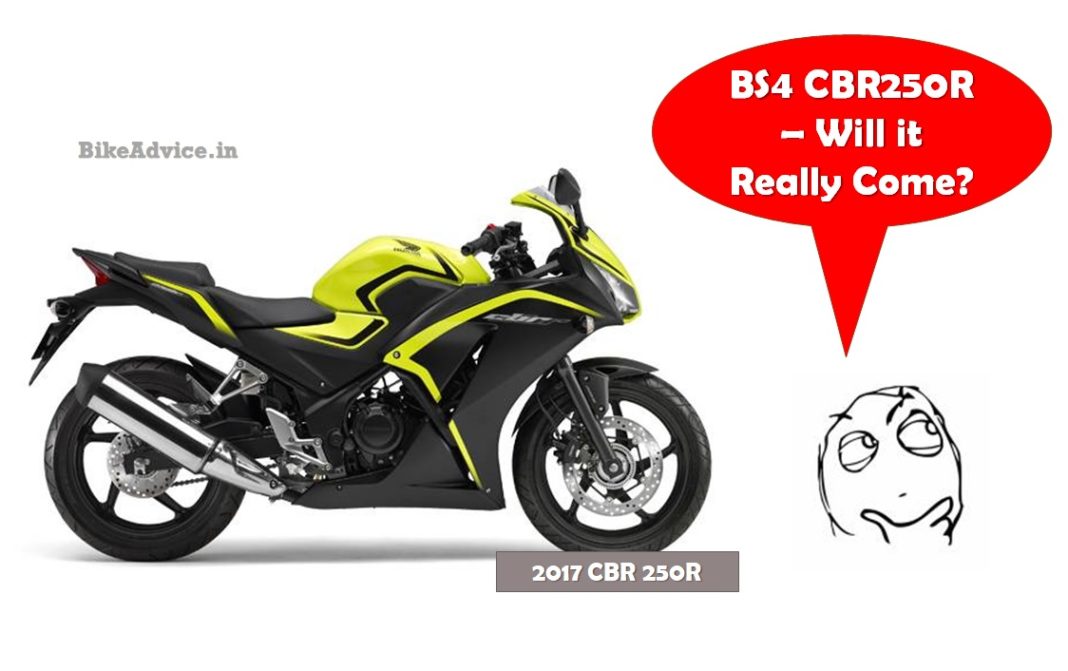 Honda has officially taken the CBR250R off from its website and it is no more on sale in India due to BS4 emission norms (it was BS3 compliant) since 1st April 2017.

However, while skimming through the latest SIAM sales and production data for the month of May 2017, an interesting bit has caught my attention. Honda has only suspended retail sales of the quarter liter in the domestic market but its production is very much on! For number freaks, Honda has so far produced a total of 226 units of CBR 250R this financial year (128 in April 2017 and 98 in May 2017).

So where are these new motorcycles going?

To the export markets! According to SIAM, Honda has exported 226 units of CBR 250 in April and May 2017. These could be the exact same units produced in these months or they may also include the older stock.

These are most probably the same old BS3-compliant CBR 250Rs (however, there is no confirmation of the same) which are being produced and exported to neighbouring countries.

There are a lot of expectations that the motorcycle will be relaunched in India in BS4 compliance – either the same old version or the latest version which is sold internationally and a lot of media houses have reported about their possible oncoming. However, I have always been sceptical about it. We have already carried out a report – CBR250R & CBR150R Discontinued; But Will New Models Come?

I am not saying that it will NOT come but chances of its launch anytime soon are low in my opinion. And since, they are already selling a significant percentage of the motorcycle model (of what they used to sell in the domestic market) to export markets the urge to upgrade soon will not be there. Honda may not get very high volumes even if they spend all the resources and money in upgrading the current model (or bring in the international-spec) considering the increasing competition in this segment. Moreover, they already appear to have their plates full with new models for this year.

And by the way there has been nothing official about it and Honda has been keeping absolutely mum about it!