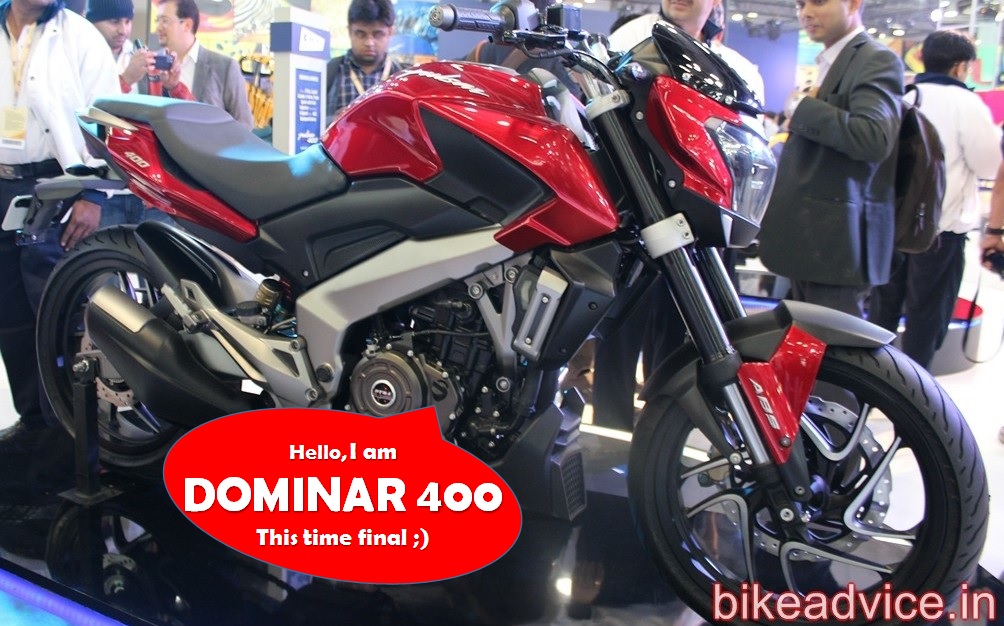 After sharing the first pics of their biggest motorcycle from the production lines a few days back, Bajaj has shot in an official press release announcing its name. Initially showcased as Pulsar CS400 at the 2014 Auto Expo, the motorcycle will be called as Dominar 400 finally!

Dominar, Bajaj informs, is derived from a Spanish word which means “to excel or exceed in power” and this is precisely what Bajaj is upto with what will be their most powerful motorcycle ever. The Dominar brand will sit over their most successful Pulsar brand and if this initial hype is anything to go by, it may replicate the success of the Pulsars of November 2001!

Anyways, this has come after a long wait with new names sneaking somewhere in between – one such name was VS400 (where VS was claimed to stand for Vantage Sport) and Kratos which was a little weird.

Along with its name, Bajaj has also announced Dominar’s official Indian launch date which happens to be on Thursday 15th December.

Dominar 400 will be powered by the 373 cc single cylinder engine of the KTM 390s obviously along with Bajaj-trademark changes like triple-spark etc. It is expected to produce 35 bhp of peak power and around 30 Nm of maximum torque. We have done a critical analysis of where Bajaj would want to place Dominar in its line-up. You can read it here.

And do share your views about this new brand name which Bajaj has coined in, in the following poll…

Next Read: List of 5 Most Awaited Motorcycles Currently on Test on Indian Roads – 250-400cc