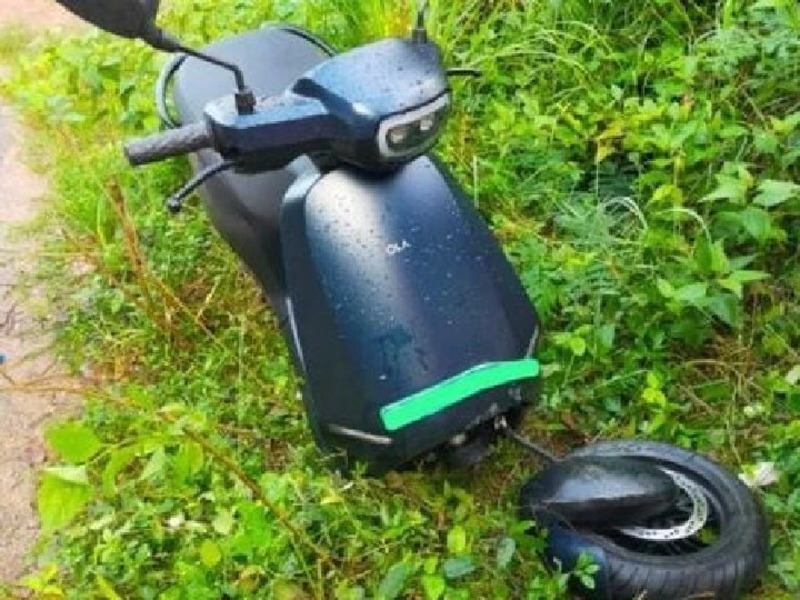 Ola S1 Pro issues are showing no signs of slowing down. New reports of mechanical failures causing the front wheel assembly to completely detach from the chassis have emerged…

Not all is right with Ola Electric and their flagship S1 Pro electric scooters.

Access any major news portal or website, or open any social media site, you will see numerous articles and/or posts related to Ola electric or their electric scooter. And prominently, a big chunk of this news coverage and posts will not be positive in nature.

First it started with quality issues of the newly delivered S1& S1 Pro electric scooters. Then, while daily use/commuting, many owners started complaining about dropping range, breakdowns, sudden charge loss, uncontrolled reversing which have even led to some serious injuries.

However, things have taken a grim turn with numerous Ola S1 Pro owners complaining and sharing images of their electric scooters with front suspension completely failing causing the front wheel to separate from the fork.

One Mr. Sreenadh Menon took to Twitter to share the aftermath of his S1 Pro electric scooter’s horrendous front suspension failure. The image showed the electric scooter, plopped on the side of the road, with its front wheel assembly completely separate from the front fork of the scooter, only tethered by the brake cable. Mr. Menon explained in his tweet that this catastrophic front suspension failure happened when he was moving at a very slow speed.

With this tweet, the floodgates of other suffering Ola electric scooter owners’ complaints & experiences opened. Another customer by the name of Mr. Anand Lavakumar shared his similar experience where his S1 Pro scooter’s front wheel assembly broke when he accidentally hit a wall by riding uphill at 25 km/h. Another customer Mr. Fasil also shared similar images where his Red coloured S1 Pro scooter’s front fork sheared away from the whole wheel assembly.

Looking closely at the images, we can make out that the single fork tube which connects to the front wheel assembly sheared under the constant stress experienced by the electric scooter during daily usage.

According to some sources the use of the thin forged metal tube to create the suspension arm is the reason why the front suspension forks are failing in such a short time. This material is not suitable for such a hectic usage as it will fail under varying and relentless fatigue stress.

Scroll down through Mr. Sreenadh Menon’s tweet and the complaints and similar experiences are numerous. Many existing and interested customers have converged to this tweet to mention their distrust for the brand or their malfunctions and/or bad experiences.

In another major incident, a 65-year old father of a techie, Mr. Pallav Maheshwari, from Jodhpur sustained major head and arm injuries when allegedly their Ola scooter suddenly reversed at full speed and collided with a wall. The senior Mr. Maheshwari reportedly received 10 stitches to his head and 2 plates inserted in his fractured arm.

Yet another similar incident happened in Guwahati where reportedly the regenerative brakes of the electric scooters failed causing the young rider to sustain limb fractures.

Out of these numerous reported incidents, Ola Electric only refuted the claims of the Guwahati incident stating that the accident didn’t happen due to braking failure, but occurred due to careless & erratic riding of the rider involved.

Regarding other incidents, Ola electric is yet to make any statement to appease the rising customer anger and distrust.