The phone, as we know it, has evolved over the years from being just a communication tool to more of a necessity, we bikers may have found them to of great use in recent times as it helps us stay in touch and informed. These days it’s really hard to imagine a day passing by without a mobile phone in our pockets. 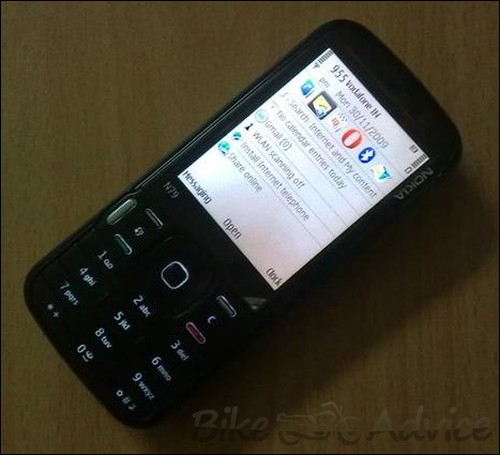 We take a look at one of the newest and arguably the best value for money device available on the market today for the mobile traveler, the Nokia N79. You might be wondering how this phone is any different from the others, well its feature packed to the gill for one and being mobile and light; it can be of great use to anyone who is in the market looking for a phone that is of great value.

As you may already know, the N-Series is a lineup of high capability devices from Nokia. The N79 is among the newer generation of the N-Series phones that is in a class in its own. It boasts of several key features as explained below.

Acronym for Global Positioning System, the phone is equipped with a system that uses GPS satellite signals to provide detailed information on your location and nearby landmarks. It even has a voice guidance system which provides turn by turn instructions to any location that you set it to. The freely available Google Maps for the phone provides maps more detailed than any other with satellite tracking and navigation. In case you are wondering, the use of GPS is completely free of costs and is extremely useful in planning routes for your next road trip. 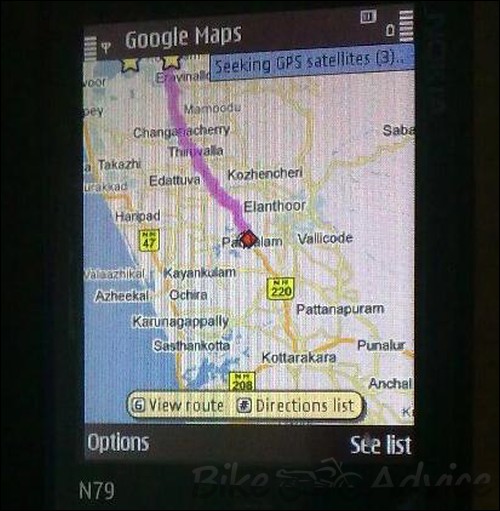 One limitation that you may face is that you would need clear skies for best performance as the built in antenna would need to connect to at least 4 satellites to work, but that is only needed to find out your current location, you can otherwise simply browse through the maps to find routes and landmarks. In my tests, the GPS worked well indoors and also in partly cloudy skies. The phone also features a trip calculator, which calculates the trip distance, time, average speed, and maximum speed along with Altitude and coordinates.

Another great feature is the camera which takes pictures that can rival digital cameras. The picture quality is among the best in the Nseries lineup. The built in LED flash coupled with Night mode makes sure that you can take pictures in complete darkness and have it looking like it was daytime. Autofocus means that you can take a picture of your finger and see the tiny droplets of sweat in between the grooves. The Video camera is another ace up its sleeves with 30 Frames per second at resolution of 640×480. What this means is that it can take movies just like a real video camera, with the highest quality and smoothness, while other phones shoot video that can have you insulted by YouTube viewers, the N79 blurs the line between video cameras and phones. 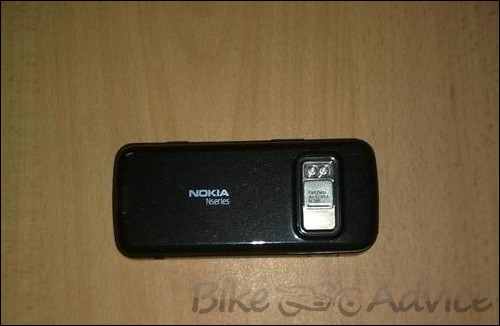 You would just love to take it along the next time you go for a long ride as you can create a movie on the go and simply edit it with your PC. All movies are created in MP4 format and can be opened with any standard video player. The phone is also equipped with a TV-Out function through which you could display videos and images on any TV with a composite (Yellow-Red-White) input.

This is a feature that can be quite useful at times, say you are in your friend’s car which is equipped with an FM radio, you want to listen to music but don’t have any MP3 discs in hand, all you have to do is set the car audio to any frequency and turn on the transmitter on the phone to the same frequency. Play any track or video and voila, the audio would be channeled to the car’s speakers.

A tiny application called BrightLight which is freely available, can turn on the dual LED’s on the phone to turn into a rather expensive torch, this can be useful in a lot of ways.

The built in security system allows you to set a secret phrase for the phone, so just in case you happened to lose it on the way, you can remotely lock the phone by sending a text message to your phone with the secret phrase, making life hard for the guy who may have stolen it, you can also set the phone to send a text message to a friend’s number when anyone inserts another Sim card into the phone, this can help you get the number and the location of the new user.

The voice dialing feature may be common in other phones, but unlike the others, you don’t have to record your command for each contact you may want to call. All you have to do is press and hold the answer key on the wired headset remote and say the name, the phone reads aloud the contact and dials automatically. This can be really useful when you are on the bike and would want to call someone and have the phone tucked inside your bag or jeans. The built in message reader can read aloud the messages you have received with good clarity, but don’t expect it to be of any use if your friends txt u lyk dis. 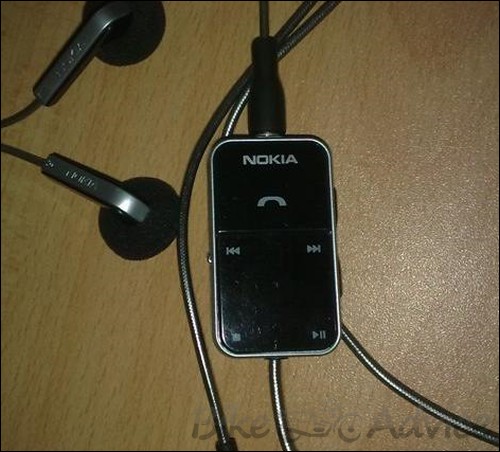 The above mentioned features are those that can be really useful for the traveler in you but that’s not all, the phone also includes a host of other features such as Wifi connectivity, a 3.5mm stereo jack, a 4GB MicroSD card in the box, 3G capability with live video streaming and video chat, email, online phone call services, DLNA that lets you listen to and download all the music stored on your PC or laptop which has Wifi. It also includes an Accelerometer that automatically rotates the screen based on the way you turn the phone.

A Geo-Tagging feature records the location where you have taken a picture so that you can later locate the place on the map, Ngage for great 3D games and a 1200MAh battery that Nokia claims can last nearly a month on standby, under hard use, I have found it to last an amazing 3-4 days, this includes web browsing through Wifi, GPS usage, listening to music, recording lots of videos, and of course, texting and messaging. In real conditions I believe that the phone can last a week or even longer if used really conservatively along with the power saver function.

Lastly, the best part of the whole package, is the price, it sells for around Rs.14,500. Comparing with other phones on the market, nothing can come close to the superb build quality, software choices and the huge user support of a Nokia. Being a phone loaded with a bucket full of usefulness for just a handful of cash, it was simply an irresistible offer for a biker like me.