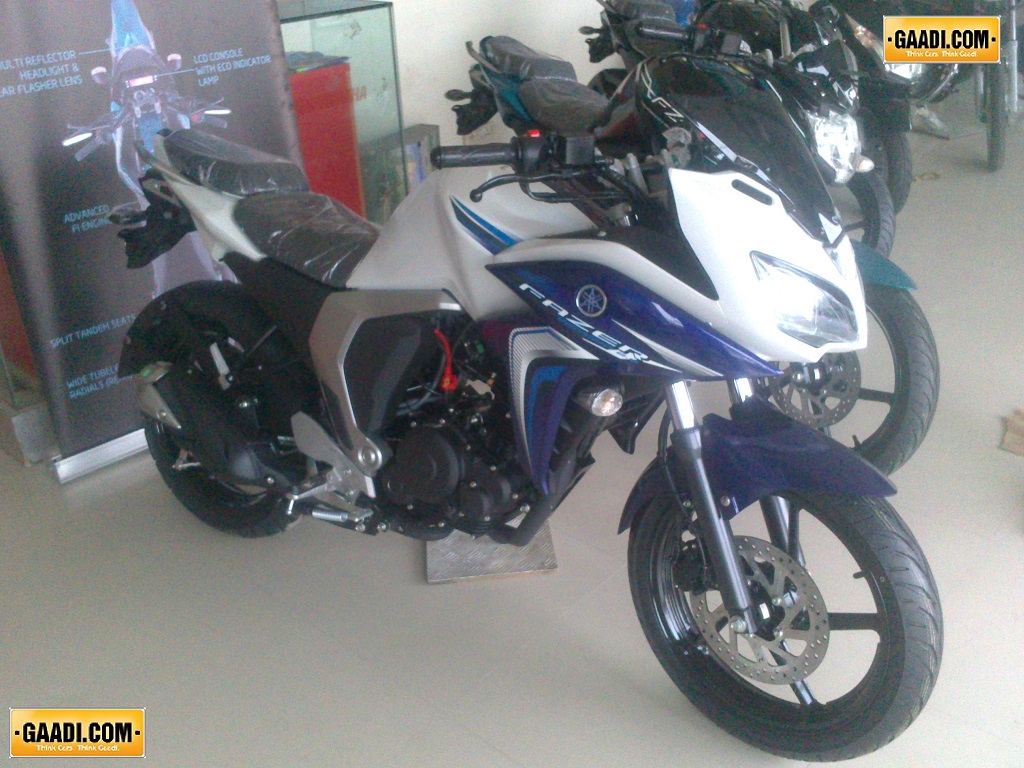 The Yamaha Fazer FI has reached dealerships which means that we can expect it to go on sale very soon, most probably within this month itself. A reader of Gaadi.com spotted a White and Blue (the “White Cloud” shade) Fazer at some Gurgaon dealership in Haryana today and the dealer told them upon inquiring that the bike will cost Rs 94,305 on-road in Gurgaon. 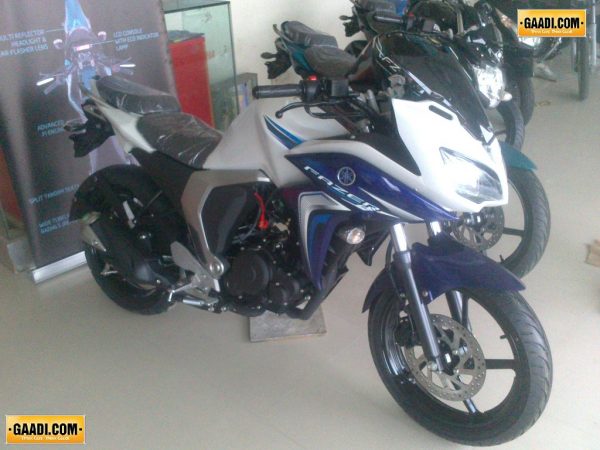 We had informed our readers just a couple of days back about the possibility of the new bike joining the naked FZs in showrooms this month and the speculation gets almost stamped upon with this sighting. The bike looks sharper than before and I would say this again – the stepped seat looks great in this one and adds a lot of sportiness to the bike. Though I still abhor that rear tyre-hugger-cum-mudguard…

While we have already told you is that the new Fazer borrows all the mechanical parts from the new FZs, barring the twin-headlamps and the fairing, all other components are also the same on all the three bikes. The Fazer would be 3-5 kilos heavier than the FZ and only a test ride would reveal how those 13.1PS and 12.8Nm of torque will feel on this one. 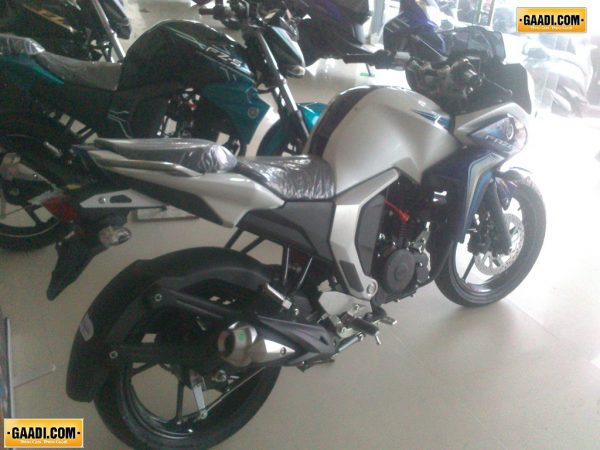 That being said, Fazer, along with the naked FZs, would remain as one of the most untiring bikes to ride across all segments. Question is, whether Yamaha fans would shell out almost 95 thousand for a 13 odd bhp 150cc motorcycle when they can just add five thousand more and get a 23 bhp Pulsar 200NS or the new 2014 Karizma R at about similar prices?