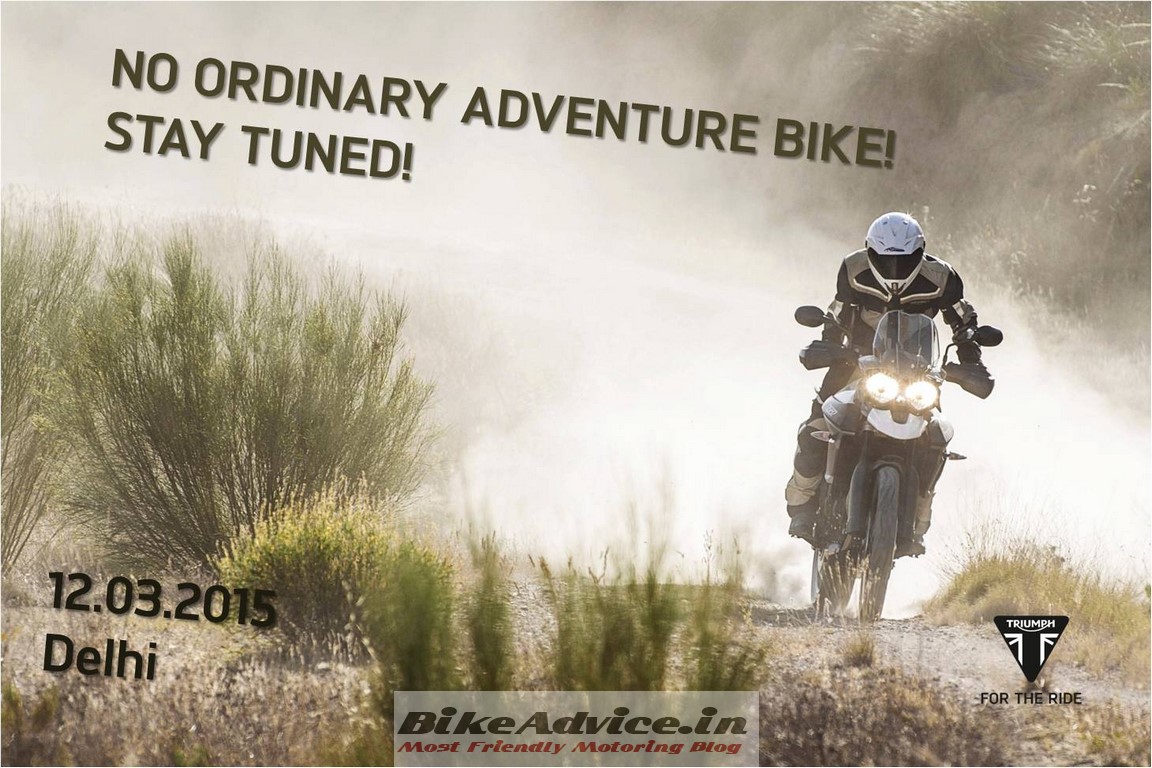 Triumph’s love and aggression for India continues. In an official communication the Brit giants have intimated us of an event planned for March 12, 2015 in Delhi with the following teaser image which features a Tiger! This can only mean the launch of the new Tiger XRx and XCx which they recently unveiled at the India Bike Week held last month. 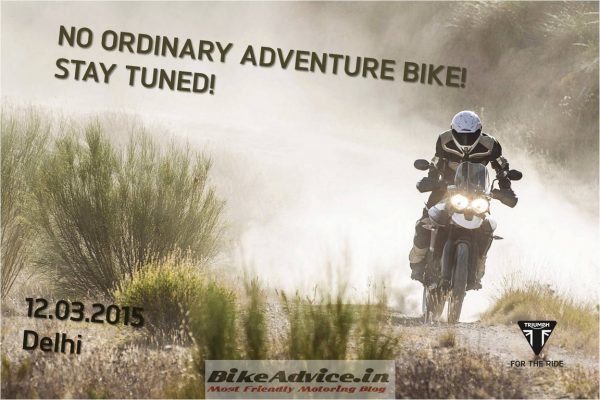 The XCx and XRx are company’s new mid-sized Tigers which boast of a first in class cruise control. They also feature traction control and switchable ABS as standard to expand the safety net. The ride by wire technology should also help them have smoother power delivery with every flick of the wrist.

Triumph also claims that these new Tigers have improved off-roading abilities thanks to the WP suspension. These bikes also get adjustable seat height which can be lowered or raised by 20 mm. 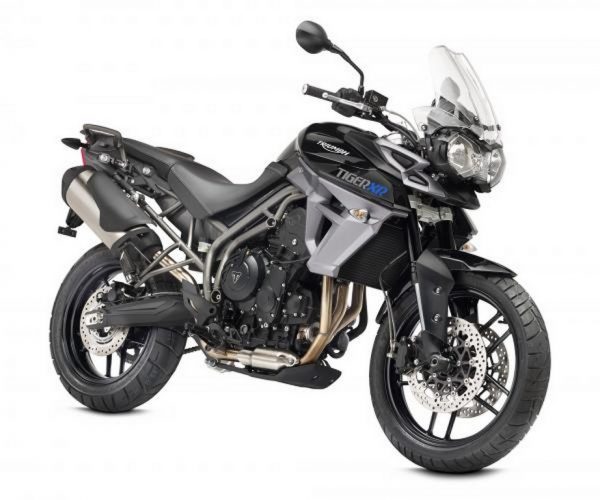 While the XRx gets alloy wheels, the more rugged XCx gets spoke wheels for better off-road skilled riders. Powered by an 800cc engine producing 95 PS of power (European version), the company claims to have successfully lowered the emissions. They also claim to have increased the fuel efficiency of the bike by 17 per cent. These bikes can be enjoyed in three riding modes which include road setting, off-road setting and programmable rider mode. 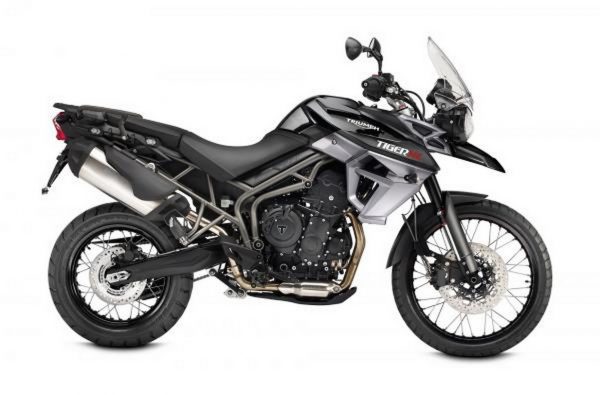 So, ready to hit that dirt track you recently discovered on your last day out on the country side?