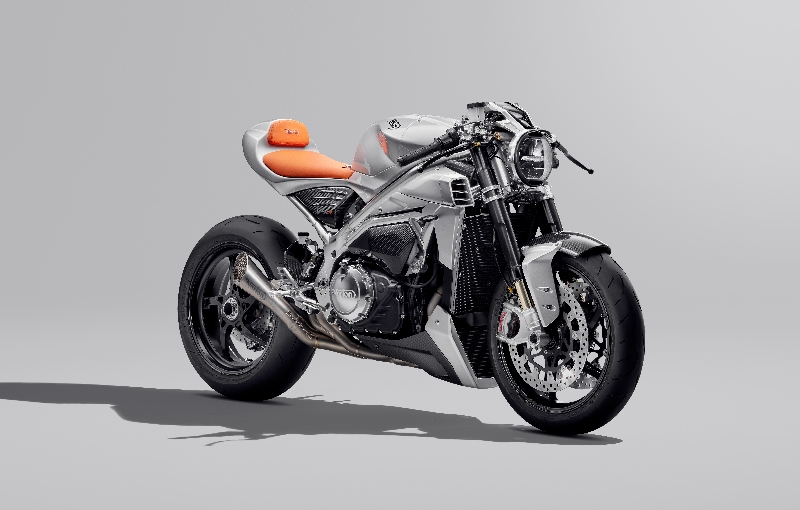 Norton V4CR cafe racer concept is the first model that has been developed under TVS’ ownership and it looks real interesting..

Norton has revealed a new V4 Cafe Racer Prototype – Norton V4CR – derived from its infamous V4SV superbike. This is the company’s first prototype to be designed, engineered and built at the recently opened global headquarters in the UK and also an entirely new machine since the takeover by TVS Motor back in April 2020. Up till now Norton has been totally focused on revising and producing pre-existing bikes from before the takeover.

This new cafe racer prototype is due to be unveiled at the Motorcycle Live this weekend. The V4CR Concept is based on the 185 BHP Norton V4SV Superbike and will directly compete with Super-Nakeds flagships.

As the naming scheme suggests, the V4CR is going to use the 1200cc, 72-degree V4 from the V4SV putting 185 BHP at 12,500 RPM and 125.41 Nm of torque. It is also speculated to share the polished frame and swingarm along with the carbon fibre fuel tank and bodywork from its superbike sibling. We are presently low on details, however, we can assume that this Cafe Racer could sport Brembo brakes, Ohlins suspension, keyless ignition, BST wheels and a 6 inch colour TFT dash.

The major difference that we can see is in the riding position with the shorter subframe for an aggressive stance and bars that are low and are situated behind a very small fly screen. The body work has also been restyled to include protruding air ducts on the sides of the bike and a new radiator shroud at the front.

Norton boasts that the V4CR Concept uses the marque’s refined V4 platform, revised over the last 16 months by a team of 30 engineers and is subjected to tens of thousands of road and track miles, as part of Norton’s unrelenting development process. The V4CR concept builds on those solid foundations and re-introduces fans to Norton’s iconic cafe racer heritage.

Presently only one prototype has been announced and Norton has also said that the bike is still under development, so we can assume there might be some more surprises yet to be revealed.