The upcoming Apache 200 was spotted testing by Iwanbanaran in Indonesia in all that camouflage. However, there is more than one mule out there – one sports clip-ons and the other the regular rod-type handlebar. So, are there two variants under test or they are verifying which one will suit the motorcycle?

These new spyshots yet again reveal that there will be significant design sharing with the Draken concept of the 2014 Auto Expo. TVS is keeping the details closer to its chest and the motorcycles are well hidden to sneak any specific details.

The different handlebars are showed in the following pic… 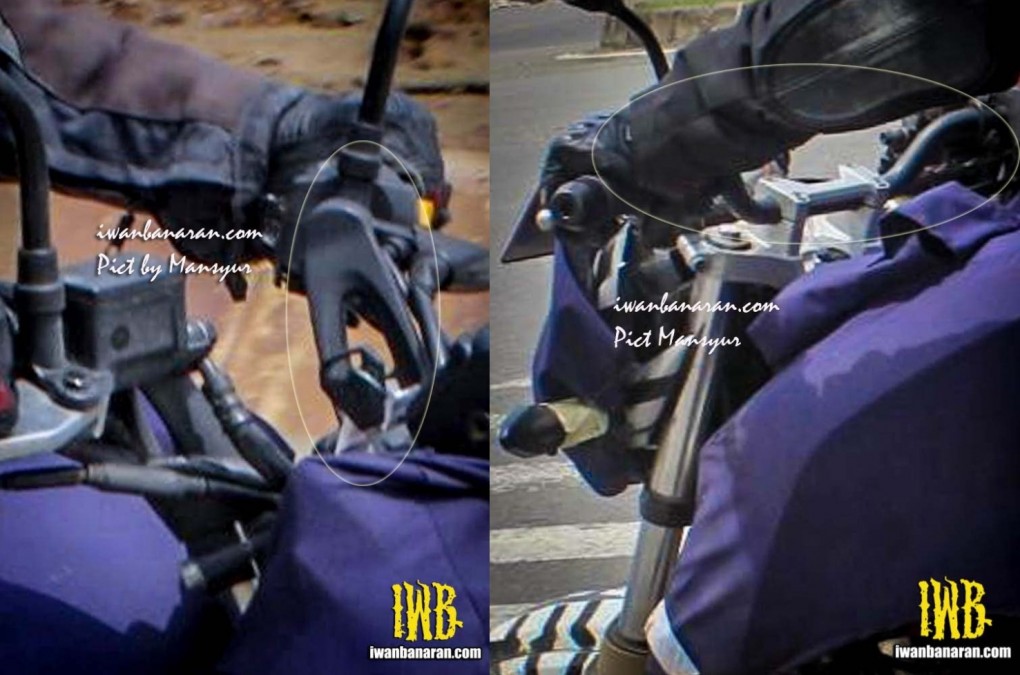 Also one image out there reveals pipes which look more of oil-cooler inlets and outlets which means Apache 200 may be an oil-cooled motorcycle rather than a proper liquid cooled one like the Pulsar 200NS. The test unit spotted in Indonesia was reported to be shod with IRC Winner tyres but the bike when launched in India can be expected to get some (hopefully good quality) TVS tyres. 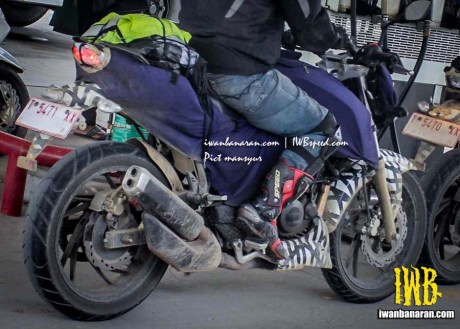 The upcoming Apache 200 will get the usual dose of petal disc at the front with a similar but smaller petal unit at the rear. It also gets LED treatment for the tail lamps.

In terms of engines, we expect a near 23 bhp of peak power output and segment-rivalling maximum torque from the 200 cc mill which may also get fuel injection in all or only higher variants. Yes, this platform, though currently being tested in naked form, will definitely spawn sports motorcycles and possibly an adventure version as well – just like how Bajaj has done it. Expect TVS to lift the covers at the upcoming Auto Expo in February.

Here are some finer observations from the latest spyshots…