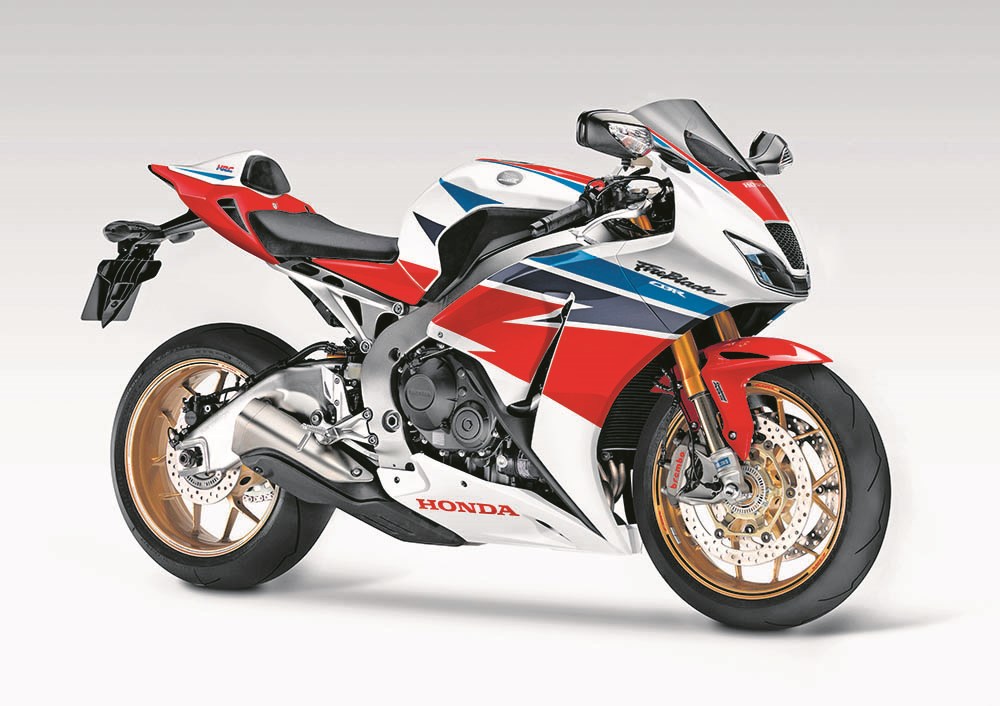 The world of litre class sportsbikes is set to get updates by two different Japanese companies (Suzuki and Honda). This time the folks at MCN have unearthed new details about the Honda CBR 1000RR. The Fireblade has been one of the most rideable sportsbikes and while some even go to the extent of calling it meek, this time things might be very different.

The report says that the bike will be more aggressive as compared to the outgoing version and despite that not forgetting the reason why fans love the Fireblade. The output figures can be expected to be higher than the present version’s 175 odd bhp but will not be an outright challenger to the likes of the R1, H2 and S1000RR. Where it can score some brownie points is losing on weight. With an output hovering around 180 bhp, the bike can end up losing almost 8 kilos.

The bulk of the weight loss can be brought in by replacing the 10 kilo combined ABS system with the full package of Bosch’s electronic control systems. The Bosch 9.1 MP ABS contains a suite of controlled ABS, cornering ABS, traction control and wheelie controllers. The suspension system is set to get a semi active package from Ohlins. A bit of weight though will also have to be compensated for the heavier Euro 4 compliant exhaust system. Just like the new Yamaha R1, also expect the next Fireblade to pack a six axis Inertial Measurement Unit.

Other changes reported to be included are a new fuel injection system, new ram air system, reworked intake and redesigned airbox. Changes to the airbox are expected to be significant with both the street and track in mind. In terms of design alterations, expect the upcoming CBR 1000RR to become edgier. The head lamps can sport a thinner setup as seen in the concept version of the upcoming CBR 250RR.