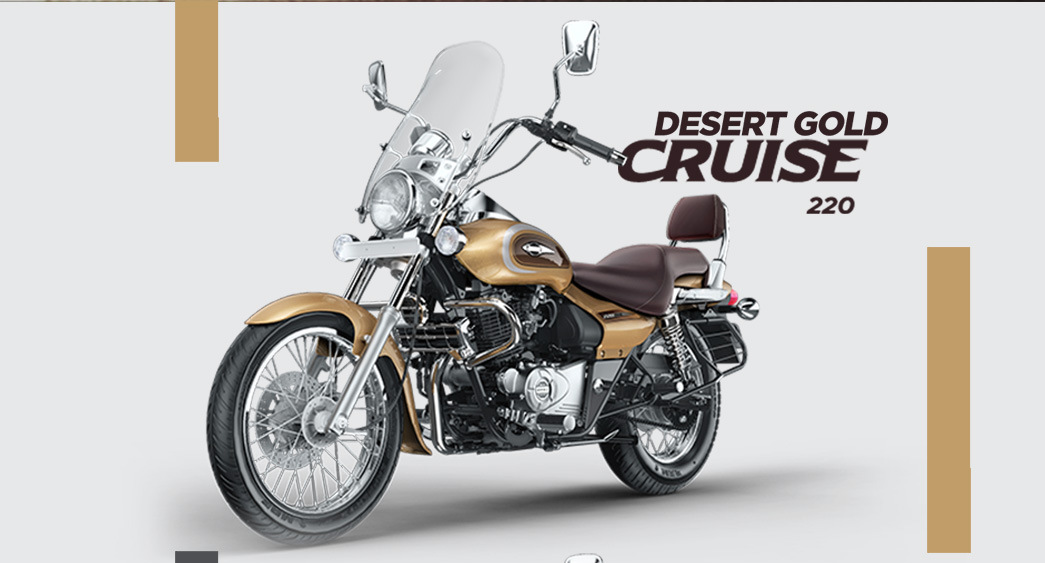 From a few thousand monthly units, when Bajaj announced that they target to sell 20,000 units of the new Avenger every month, I was big time sceptical. However, they have showed that understand a few ploys of serious marketing and the new Avenger is a big big hit!

Avenger 220 in its new form has been a star performer for the company. The Avenger brand as a whole has been split into two sub variants – Street and Cruise. While the Street version was launched in two paint schemes, the chrome studded Cruise was made available in just one option – Divine Black. The Pune based motorcycle manufacturer has now introduced a new colour option for the Cruise 220.

Say hello to the Cruise Avenger 220 in Desert Gold! Immediately you will get reminded of the gold coloured Yamaha Enticer (though Bajaj’s shade appears to be slightly darker). Mechanically the bike remains the same with the 220 cc twin spark mill churning out 19.03 PS of power at 8,400 rpm and 17.5 Nm of peak torque at 7,000 rpm. The handle bar is set high for highway comfort while the optional windshield is a boon on the long unwinding roads. 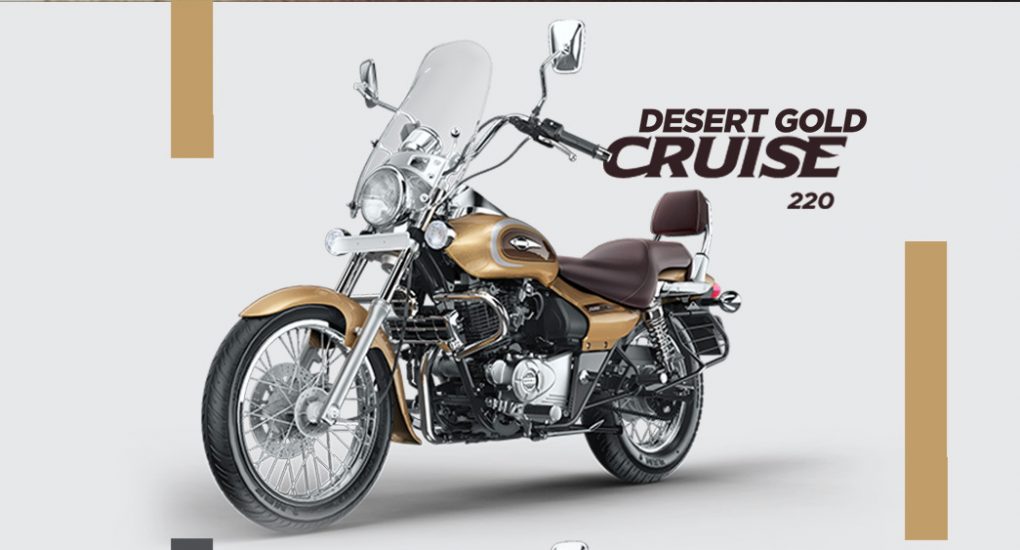 The seat colour has been changed to complementing brown (Divine black colour gets a black seat). While the black colour will appeal to almost everybody, the Golden shade is for folks who prefer something else, something brighter. At Rs 85,497 ex-showroom Delhi, the price of the bike remains the same.

Bajaj is also reportedly working on a Royal Enfield rival which might not carry the Avenger monicker and may or may not be the impending Pulsar CS400 which is scheduled to launch this year.