If you are a green guy and has concern over increased global warming and do your bit by emitting little-than-regular pollutants while still enjoying those drag races and long drives, then I think you will like to take some time and throw a glance at this lovely new bike. 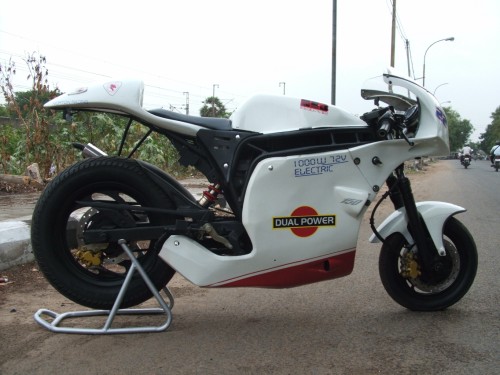 As you see, I know that you really can’t take your eyes off this majestic, ivory-colored, sporty muscular bike that has an awesome frontal view.

When there is so much hue and cry over the two wheelers and their contribution to air pollution, the hybrid electric bike should be answer perfecto! True! You don’t have to change your mode of commuting, you can switch over to this hybrid bike and people will regard you as a responsible motorist even as you go for long drives. 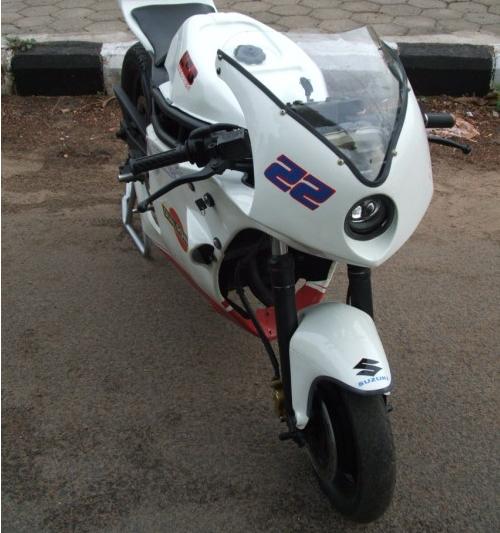 The picture says that it appears to be very heavy and muscular; however, looks are often pretty deceptive. This hybrid electric bike comes with indeed a fiber body, thus making it quite light in overall body weight. But heh cool! Because, this is what it makes the bike great with respect to fuel efficiency. The aerodynamic looks gives all the air resistance and the style coupled with single-seat leaning adds to personality and dynamism of this special motorbike, and that’s what impresses you at the first glance.

Then here it is! It combines an electric motor as well as an Internal Combustion engine to facilitate lower exhaust of carbon monoxide into the atmosphere. You already know that the bike has high fuel efficiency; that coupled with an electric-charged redundancy makes this hydrid bike the best option for the crowded city roads you have otherwise been commuting with your ol’ bike. 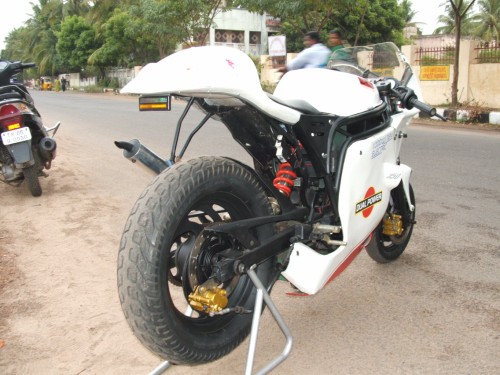 As you see the bike has a two-stroked 135 cc petrol engine along with a power supply of 72V. The two stroke engine implies that on one hand compression as well as intake is combined while on the other exhaust is combined with power.

The motor is powered by lead-acid battery that is placed compactly not distorting the style and look of the bike. The cost of lead battery is also comparatively lower, thus making the bike economical as well.

But, the obvious question remains with regards to battery recharge. It gets fully charged in a time span of 5-6 hours and will fuel 50 km per charge with maximum speed of 40kmph. Now you don’t have worry of the speed, I like to speed off the roads and not remain stagnated at 40kmph. So better pick up and mileage is assured by Distributed Open Air Filters.

The bike has a self-starting system and it toggles manually efficiently without hassles for switching between the petrol and the electric operation modes.  But still, it’s the battery issue that is of concern in a hybrid electric bike that is mostly being taken care of through regenerative system of braking.

The safety features of the hybrid electric bike are praiseworthy as it comes with disc brake system. The chassis of the bike is connected to the front and rear ends through axles and shock absorbers that protect the vehicle from shocks from pothole-filled roads. The mono-suspension system ensures comfort driving as well as better balance to ride. Additionally, there are springs in the suspension system that helps to reduce shock and they act as fantastic cushions to shock absorption. 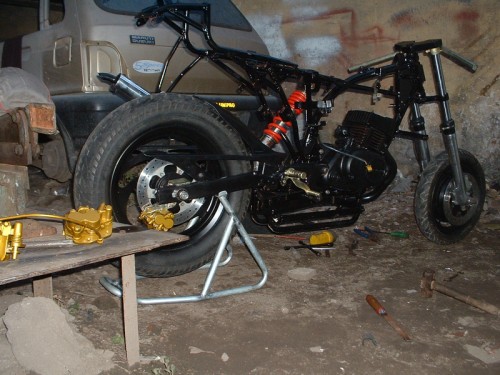 The picture shows the wheel and tyres. While wheels are made of alloy material the tyres are tubeless, thus contributing to the lightweight of the bike. The headlight is quite effective to ride even on a foggy day.

Apart from its advantage of low cost and fuel saving, you can leave home with no tension, if you have a fully charged battery, thus reducing dependency on oil that bores a hole in your pocket. It does not make much noise or create vibration on stopping and braking. Most importantly, you will be a happy rider while you drive on your bike you are still responsible and doing your bit to save earth.

This article is based upon the project done by Mohammed Ghouse who is a mechanical engineering student from Jeppiaar Engineering College, Chennai. The bike is not for sale yet, but may not be long before companies take notice of it and roll out in the market.