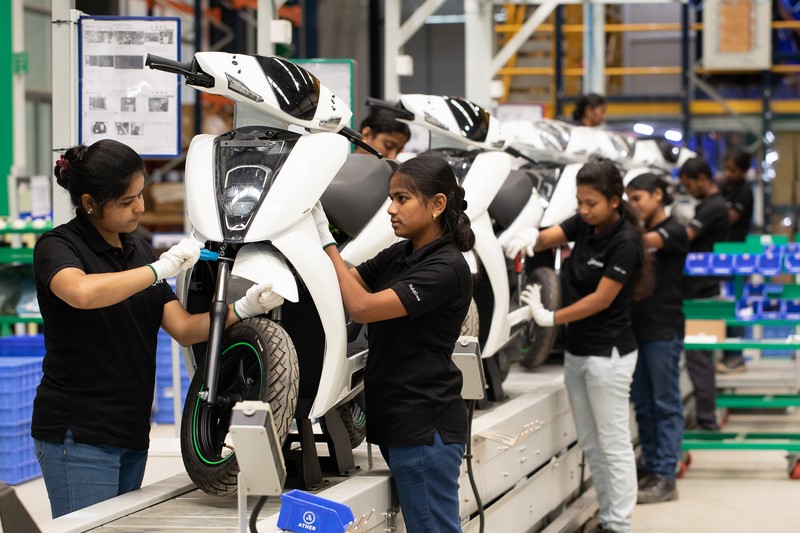 Ather Energy is venturing into its next phase of growth. It has announced a new plant which will be set up in Hosur, Tamil Nadu. A Memorandum of Understanding has been signed between the electric vehicle company and the government.

This new plant will spawn across an area of 400,000 sq ft and will be supported by the Tamil Nadu Government’s EV policy. Ather has already announced that it’s next area of focus will be lithium ion batteries and this new plant will allow Ather move close to its next growth area.

The company also informs that more than 4000 employees will be trained in the electric vehicle technology in five years. It has not revealed when does it plan to go functional with the facility.

Currently, Ather is open for the third batch of Ather 450 bookings in Chennai, deliveries of which are expected in February-March 2020. Ather has also been setting up charging infrastructure in Bangalore and Chennai, both the cities it operates in currently. The plan is to expand to 30 cities in the next few years.