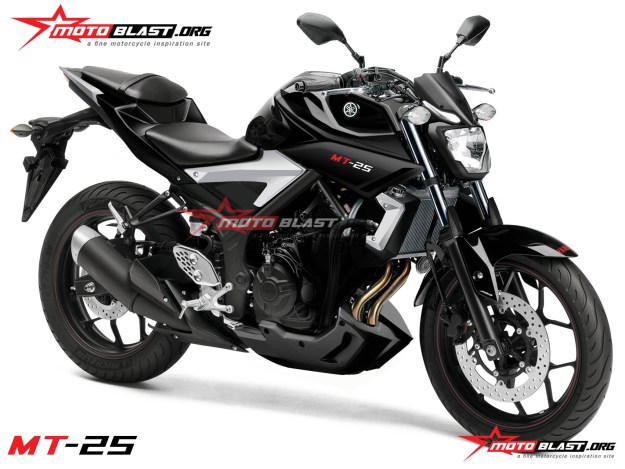 Yamaha was caught testing a naked motorcycle which was confirmed to be the MT25 in its last spotting earlier this month and now the company has put up a teaser in some local newspapers in Indonesia (Pics credit – iwanbanaran.com). 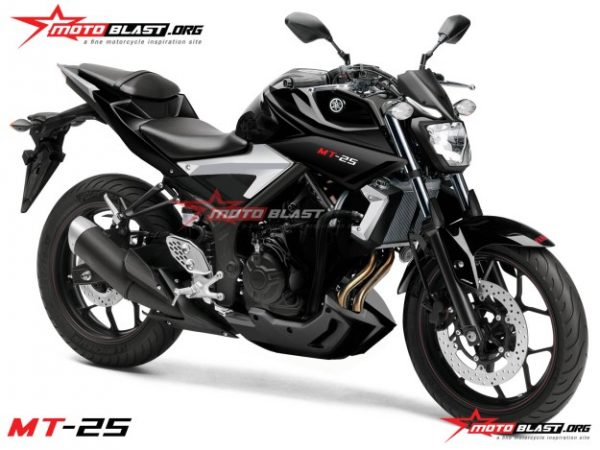 As you can see below apart from showcasing the existing motorcycles, which also includes the R25, Yamaha has put up the silhouette of a naked motorcycle which is the MT25. This confirms that the official launch, which would also be its first global unveiling, is not far.

Another website, Motoblast.org has shared a speculative rendering of the MT25 (above), sharing a design which will follow the MT family. The naked looks muscular with that humped tank and the tail is aggressively pointed and upswept. 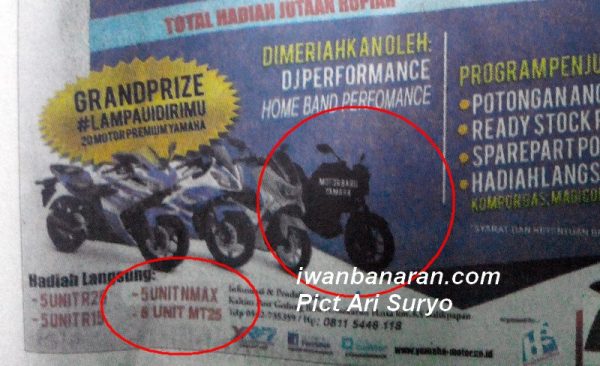 Based on the R25, upcoming MT25 will be its naked street-fighter version. Along with the chassis and other parts, it will also share the 249cc liquid cooled parallel twin engine. On the R25 it produces 36PS of peak power and 22.6Nm of maximum torque. It remains to be seen how will it behave on the MT25, which is also expected to be slightly lighter than the faired sibling. 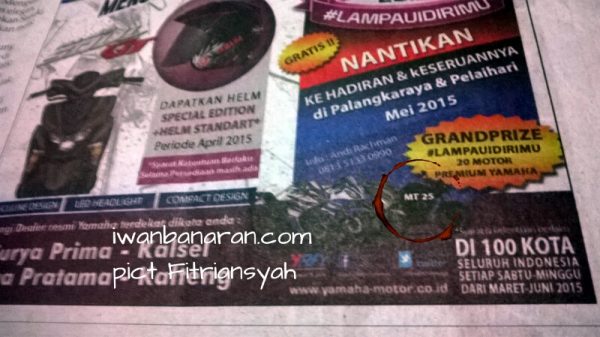 Indonesia will become the first country to get the MT25 and they already have the R25. Meanwhile, Yamaha is still stuck with Salutos in India!