MotoGP the superbike sport that is as addictive as cocaine to millions of people which when staged will keep its fans plastered onto their seats due to its raw action nature will give even more in the year 2012. Yes, MotoGP which moved from two stroke 500cc engines to four stroke 990cc engines in 2002 and then again from 990cc engines to 800cc engines in 2007 is all set to change in future. 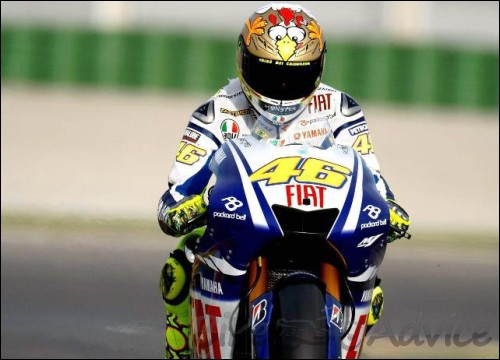 MotoGP will again go back to 1000cc four stroke engines with a maximum cylinder count of four. The board has decided to go in for this change stating that these changes in the sport with 1000cc four stroke four cylinder engines all the manufacturers will have equal opportunity to work on their machines from now on.

The FIM president has also said that in the year 2010 there will be more new rules in more complete format which will basically turn the year 2012 to a new era in MotoGP. The CEO of Dorna sports has also said that the engine change is very important and also the maximum bore limit that a manufacturer can attain is 81mm with which one can have all the required characteristics of an engine. As there are still things expected from FIM/Dorna regarding the instructions on chassis, suspension etc. one has to watch closely to get a full report on 2012 MotoGP.