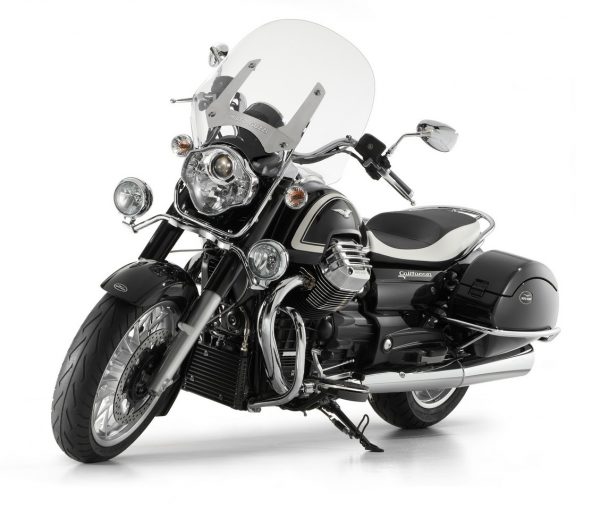 Moto Guzzi, although facing some topsy-turvy times ahead of it nonetheless makes some fine motorcycles on which bike lovers can drool all day long. One such model is the 2013 California. There have been high praises all around of this Galuzzi-designed heavy-weight tourer motorcycle and just looking at one picture, you can surely come to a conclusion that this motorcycle is some looker. Before going into the details of the motorcycle, let us delve a bit to its history. Decades ago, the California gathered a large and loyal customer base with its style and touring capabilities. It was always a sought-after by touring enthusiasts. Even, the American law enforcement agencies picked up this motorcycle for their “needs”.

The California went through its lifecycle being offered various engine options- 750cc, 850cc, 1000cc and the most recent 1100. After this, Piaggio took over the company and chose to redesign the California all over again and make it even better. Result- the 2013 California 1400 Tourer! In total, it is said that Piaggio spent close to 54 million US dollars in the development of new models and modernized production facilities for Moto Guzzi. The 2013 version is powered by an all-new 1380cc, oppose-twin, 8 valve engine that produces 95 BHP at 6500 RPM and 120 NM of torque at 2750 RPM.  Power is sent to the rear wheels through a six speed transmission. The motorcycle has been built around an all new fresh double cradle steel tube chassis. It gets 3 different engine mapping options- Turismo, Veloce and Pioggia. Other features include ride-by-wire and three-stage traction control. It rides on 200/60 16 inch tires at the front and 130/70 18 inch tires at the rear. Braking power comes from ABS-equipped Brembo brakes with 320mm discs in front and a two-piston rear with a 282mm disc. 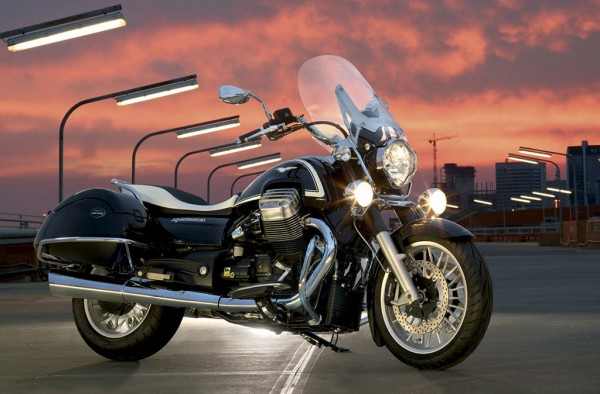