Royal Enfield café Race concept has won hearts of many at Auto Expo 2012. The company also showcased this concept in 2010 Auto Expo and most of the bike enthusiasts wanted to own the same. Since, Café racer was a concept showcased by Royal Enfield in 2010 Auto Expo and the company did not show interest to make it production model in India, many bike enthusiast were disappointed. However, Mr. Nayan Patel from Ahmedabad decided to make café racer concept on his own and the below modified café racer motorcycle is the result of the same. 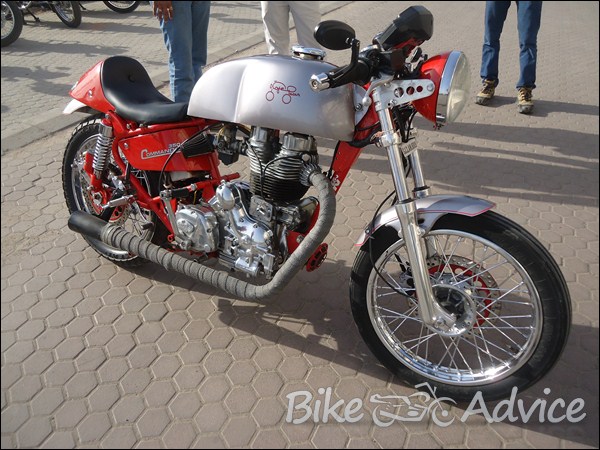 Nayan said that when he first saw the concept in Auto Expo 2010 he decided to own such motorcycle. However, since the company had no plan to launch, he decided to make his own café facer motorcycle. His friend Ketan Solanki who runs a workshop helped him to realise his dream and finally he got his modified café racer motorcycle on 15th August 2011. The modified café racer motorcycle was originally Bullet Electra 500cc. Ketan Solaki who worked on modification said that it was a challenging task to convert the look of motorcycle since it was difficult to find some of the parts for outer modification.

The modification has not only been done on the outer side but also in inner side such as engine and other parts. The engine has been rebored from 500cc to 535cc. The head cylinder and piston has been changed in order to increase the displacement.

The motorcycle originally had only one spark plug which has been changed with twin spark now. In order to enhance the throttle response and performance of his modified café racer motorcycle, Nayan has installed screamin eagle street performance tuner cable kit. It has also got K&N filter and a unique silencer which is rarely seen on other motorcycle. 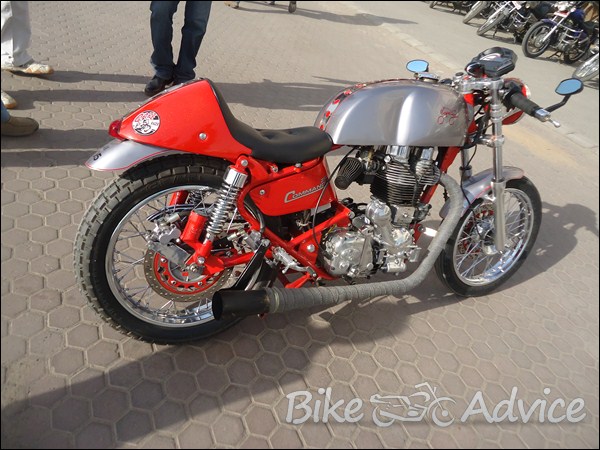 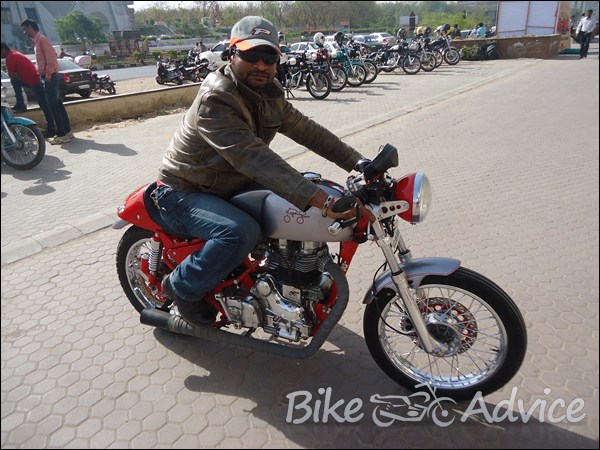 The entire modification has cost Rs. 1,25,000 to Nayan as he has not compromised on quality of parts. He said only block piston kit has cost him Rs. 18,000 and the performance cable kit which he has installed on his modified Café Racer motorcycle, is used for Harley Davidson motorcycles. 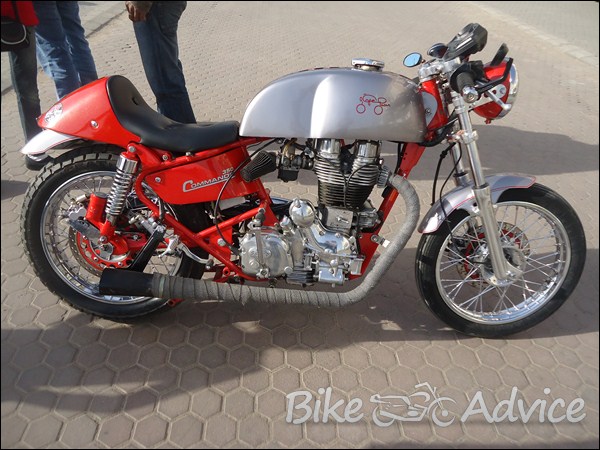 The modified café racer motorcycle is an example that what happen when a bike enthusiast fulfill his burning desire of owning his dream motorcycle.

(We would like to thank Nayan Patel and his friend Ketan Solanki for sharing these details.)