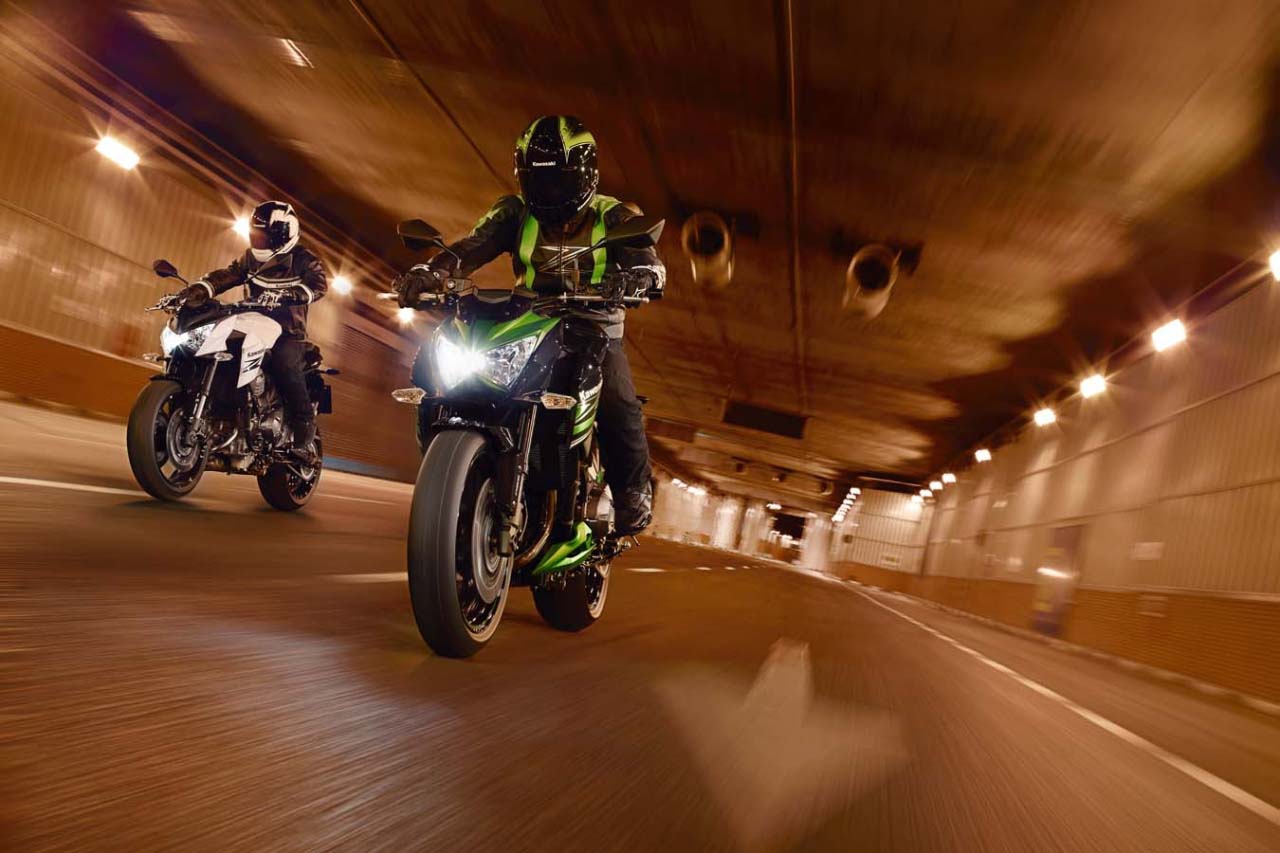 Kawasaki Motorcycles, known for making some of the meanest and best designed motorcycles has confirmed that they will be replacing their old Z750 model with something all new, the Z800. Just to give you a fair idea of how important this motorcycle is to the Kawasaki line-up, the Kawasaki Z750 is one of the best selling sport-naked motorcycle in the European market. The new Z800 model which replaces it gets much better styling than the outgoing one and a bigger 800cc engine too. With the Kawasaki Z800, the company seems to be sighting to take on the 2013 Yamaha FZ8. The bike was showcased at the 2012 INTERMOT motorcycle show in Cologne, Germany.

Check out the Video of New Kawasaki Z800

First comes the main highlight- the engine. This bike gets a liquid-cooled, inline four, DOHC, 16 valve 806cc engine that makes up to 111 BHP of power and 83 NM of peak torque. Kawasaki has another toned down version of the Z800 also, the Z800e that produces 94 BHP of power and 76 NM of torque. Performance is present in every RPM, thanks to the 1.6mm-larger bore and a slightly higher compression ratio (11.9:1 vs. 11.6:1). The engine also gets a bigger throttle body for better fuel delivery under rapid acceleration demands to the bigger engine. The chassis has been modified and now includes a new connecting pipe on the tubular backbone for better rigidity that Kawasaki says offers better feedback to the rider. It gets telescopic forks at the front and mono-shock at the rear and both having the option to adjust the preload and rebound. 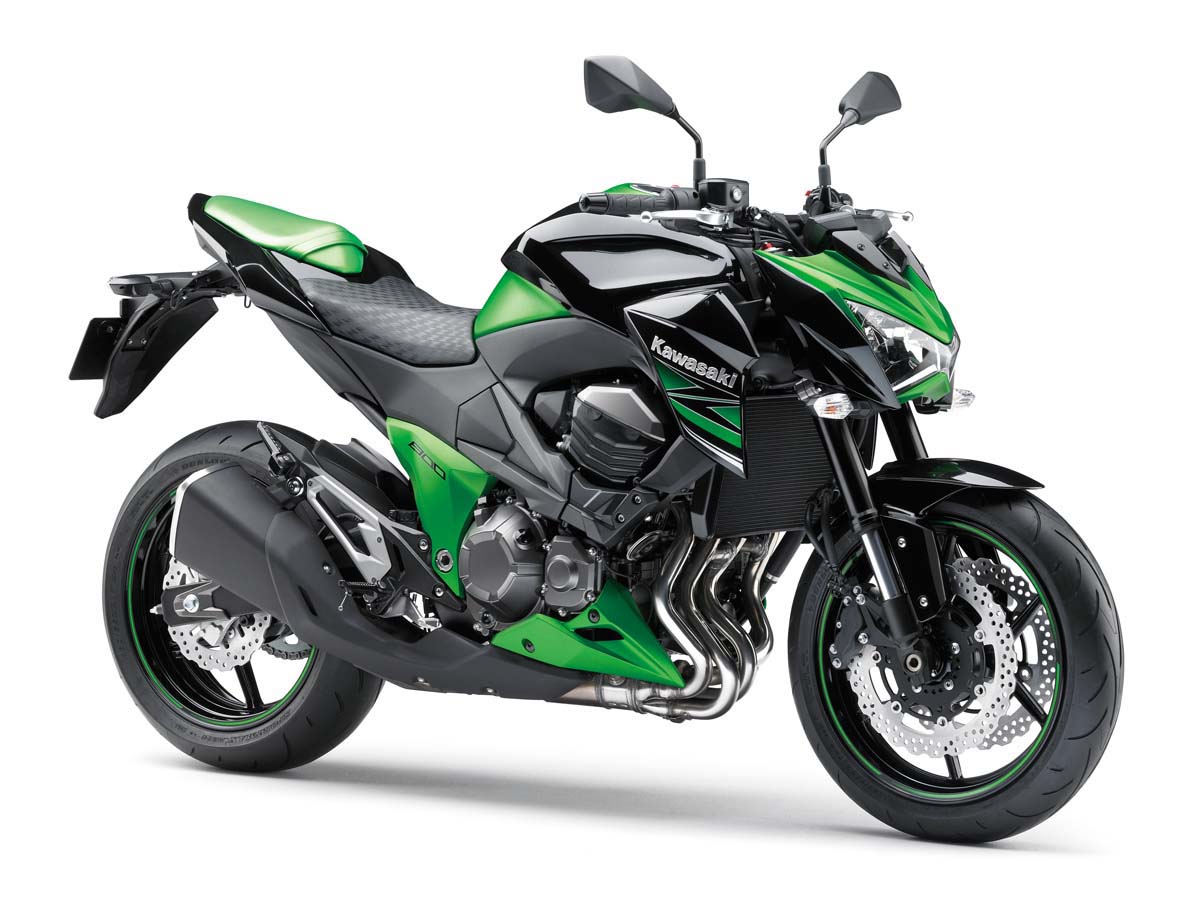 Braking is provided by an updated 4-piston opposed calipers mated to larger 310mm petal discs. ABS is also available as an option. The Kawasaki Z800 styling has become more edgy. The design lines being on the lines of the Kawasaki Z1000 are obvious at places. However, that being said the overall design is very cool and snazzy. The bike gets a new front fairing that has a multi-faceted design for a more aggressive look. It also gets a revised instrument cluster that has a vertical bar-style tachometer! That will be something to look at when the RPMs will be climbing. The good news is that; Kawasaki had in their mind to bring the Z750 to the Indian market which means the Z800 may likely make it to the Indian market. Also, the engine being an 806cc unit, Bajaj doesn’t have to go through the homologation process. 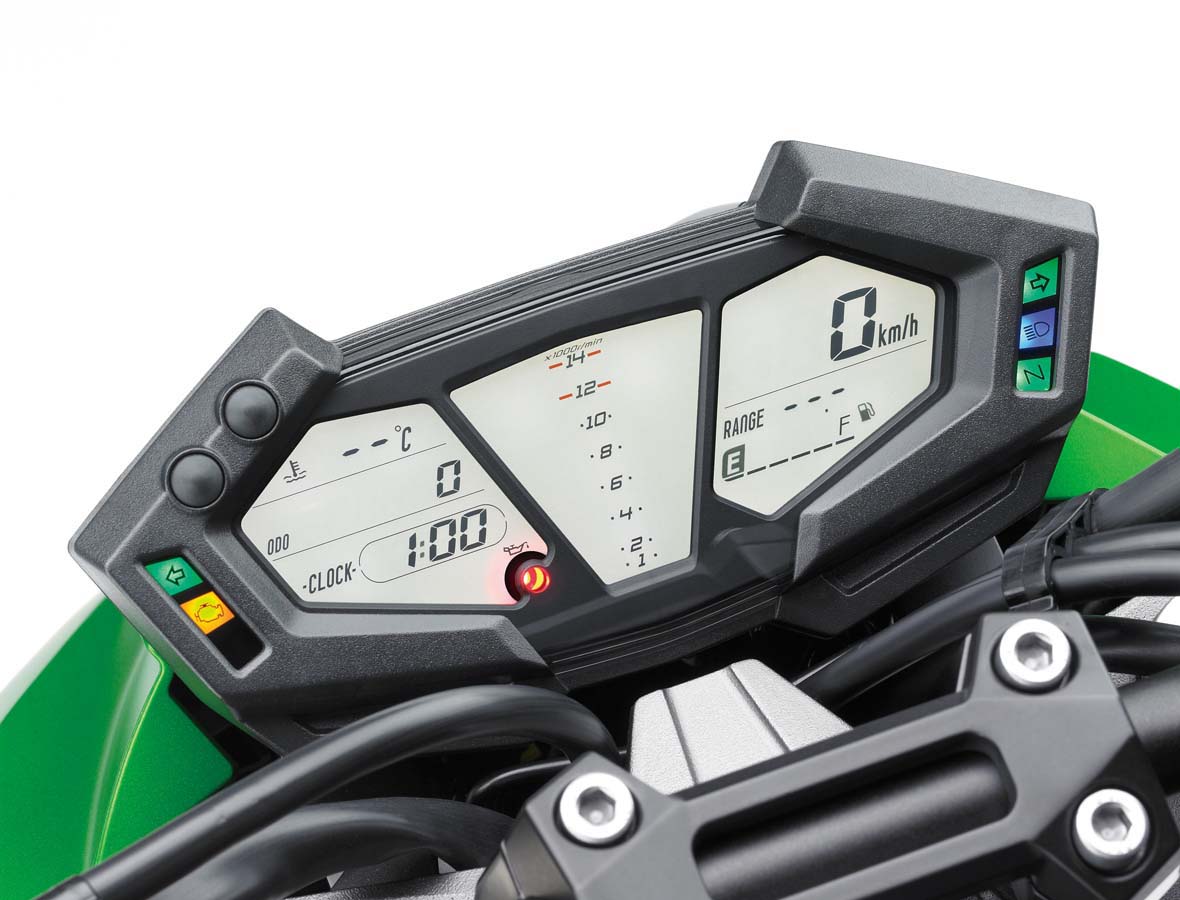